The Adventurer's Guide to Dragons and millions of other books are available for Amazon Kindle. Learn more
Share <Embed> 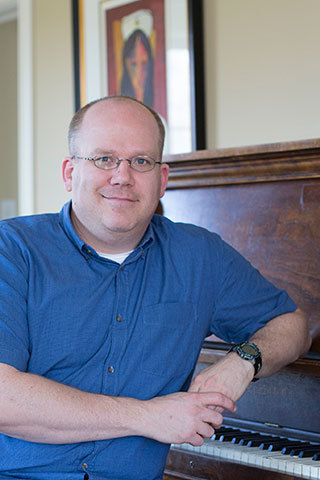 by Wade Albert White (Author)
4.7 out of 5 stars 45 ratings
Book 2 of 3: The Adventurer's Guide
See all formats and editions
Sorry, there was a problem loading this page. Try again.
Read more Read less
Previous page
Next page

Gr 3–6—Everything was going well for Anne, if you don't count her ill-fitting uniform, and she was ready to receive the award for Best Illegal Quest That Nearly Destroyed the Entire World at the Quest Academy Awards. But then suddenly, Anne unintentionally activates another Quest. And this one might be worse than the last one, since it almost certainly means war: kill the dragon queen. Anne, with her fellow students from St. Lupin Quest Academy, Penelope and Hiro, has no choice but to embark on this new adventure. They begin a strange journey into places only dragons can travel and even find themselves inside specialized robot Copper Knights. As in The Adventurer's Guide to Successful Escapes, there are strange turns and unexpected outcomes. Fans of the first novel will revel in revisiting the characters. Although this title is a stand-alone, it returns to themes from the first installment, such as Anne's attempts to learn who she is and who her family was. Anne's past remains unresolved in the end, and more Quests are sure to come. The danger and suspense are tempered by humor and tongue-in-cheek commentary offered at the beginning of each chapter as "quotes" from official sources. Readers are reminded that this Quest is somewhat scripted, as characters pull out cards such as "official antagonist" and "emergency take command." This clever plot device adds a fun backdrop against which the story unfolds. VERDICT An entertaining, swashbuckling high adventure with dragons, huge insects, and giant robots wrapped up in a humorous worst-case scenario plot; a strong choice for fantasy collections.—Clare A. Dombrowski, Amesbury Public Library, MA

Praise for The Adventurer's Guide to Dragons (and Why They Keep Biting Me):
"Fans of the first will not be disappointed with this humorous sequel."―Kirkus Reviews

Praise for The Adventurer's Guide to Successful Escapes:

"A highly distinctive, smart take on the fantasy novel... readers will find a humorous tale of adventure, friendship, and courage."
―Kirkus Reviews

"This fast-paced adventure deals with deep themes... the first in a fantasy adventure series with a unique crew of characters, this will tickle funny bones and leave readers awaiting the next installment."
―School Library Journal

Praise for The Adventurer's Guide to Treasure (and How to Steal It):

"This conclusion to Wade Albert White's delightfully inventive trilogy is witty, wise, and wonderful. As with the previous installments, this book offers readers a smart, sophisticated story that is filled with nonstop action and adventure, surprises at nearly every turn, and generous helpings of humour and heart...The resulting fantasy adventure flirts with familiar tropes while creating something that is utterly original, fresh and fun."―Atlantic Books Today

Wade Albert White hails from Nova Scotia, Canada. In addition to writing, Wade teaches part-time, dabbles in animation and filmmaking, and is a stay-at-home dad. He lives in Canada with his wife, sons, and cat.
Read more
Start reading The Adventurer's Guide to Dragons on your Kindle in under a minute.

4.7 out of 5 stars
4.7 out of 5
45 global ratings
How are ratings calculated?
To calculate the overall star rating and percentage breakdown by star, we don’t use a simple average. Instead, our system considers things like how recent a review is and if the reviewer bought the item on Amazon. It also analyzes reviews to verify trustworthiness.
Top reviews

Kindle Customer
5.0 out of 5 stars Great read.
Reviewed in the United States on October 28, 2018
Verified Purchase
Our family really liked this book. It’s hilarious and creative. My son was inspired by the story to create his own story. We are looking forward to reading more from this author.
Read more
Helpful
Report abuse

Tara J. Cecil
5.0 out of 5 stars Such a fun read!
Reviewed in the United States on April 19, 2019
Verified Purchase
My 3rd grade students love this book. We read the first Adventure’s Guide as a class novel study. My students loved it so much they begged me to order the sequel. It has not disappointed!
Read more
One person found this helpful
Helpful
Report abuse

Megan Sutherland
5.0 out of 5 stars 8 year old son loves it!
Reviewed in the United States on January 1, 2019
Verified Purchase
Fun and witty. Very entertaining even for an adult.
Read more
Helpful
Report abuse

LG
5.0 out of 5 stars Awesome
Reviewed in the United States on February 4, 2018
Verified Purchase
It was Great book I loved it and it was so filled with action and story when it ended I wanted to cry that’s how much I loved this book.
Read more
Helpful
Report abuse

Kay @ The Desert Bibliophile
4.0 out of 5 stars LOVE THIS SERIES
Reviewed in the United States on September 12, 2017
The Adventure Guide series is back with this amazing sequel filled with Dragons! I love this series. They are such clever, hilariously written, yet complex books that have me constantly laughing out loud and earning strange looks from my husband. There were a few times while reading this second book that I hunted my husband down to read him lines because I thought it was that funny. This is definitely a book that I devoured in one sitting.

I love Anne, Penelope and Hiro. They are the trio of the next generation of this mysterious world White has created. Plus, who can't love that Anne's real name is Anvil? Penelope and I are destined to be best friends who are constantly jumping each other in an effort to best the other with our mad sword skills. My favorite thing about these books is how utterly thrown into these crazy, dangerous situations these three find themselves with little to no instruction, adult supervision, or knowledge of all these insane rules they keep getting arrested for breaking. Thankfully, Anne and Penelope are orphans because I would have so been grounded by now.

While I so enjoyed this book, I was hoping that we would start to see a little more explanation about what is really going on in Hierarchy. Instead, I find myself with double the questions I had before. Oh well, I'm just going to have to continue reading. Darn.
Read more
One person found this helpful
Helpful
Report abuse
See all reviews

Amazon Customer
5.0 out of 5 stars We love his books
Reviewed in Canada on July 3, 2018
Verified Purchase
Wade Albert White's books inspired my children to read everything they can get their hands on. We love his books. We've read this and the first book in the series so much that I had to order new copies. They are fun to read and full of adventure. I preordered the Adventurer's Guide to Treasure (and how to steal it). We can't wait to go on another adventure. And, if you are a grandparent looking for something to read aloud, this series is excellent. The grandkids won't want you to stop reading.
Read more
Report abuse

Jon Dixon
5.0 out of 5 stars Fantastic! Highly Recommend
Reviewed in Canada on October 26, 2017
Verified Purchase
This sequel is even more fun than the first book in the series! Adventure with a hint of the epic in Harry Potter and strange catch-you-of-guard humour that reminds me of Douglas Adams, this book was fantastic and all my kids loved it! Highly recommend it.
Read more
Report abuse
See all reviews

Page 1 of 1 Start overPage 1 of 1
Previous page
Next page
Pages with related products. See and discover other items: little dragons, robots juvenile fiction, story reader me reader
Back to top
Get to Know Us
Make Money with Us
Amazon Payment Products
Let Us Help You
EnglishChoose a language for shopping. United StatesChoose a country/region for shopping.
© 1996-2021, Amazon.com, Inc. or its affiliates