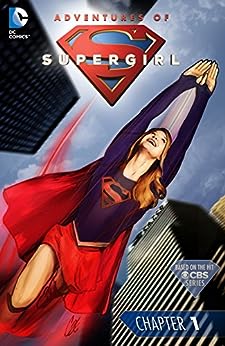 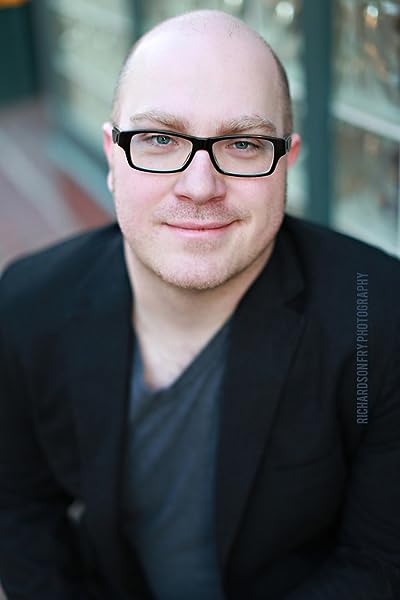 The Adventures of Supergirl (2016) #1 Kindle & comiXology 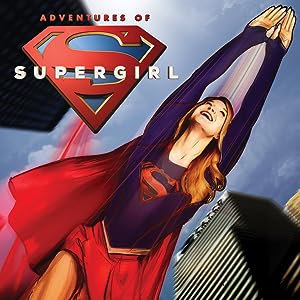 Sterling Gates has written stories featuring some of the biggest superheroes in the world, including Superman, Supergirl, Spider-Man, Batman, Green Lantern, the Justice League, and the Flash. He is the cowriter of the New York Times best-selling "Superman: New Krypton Saga" graphic novel series, including SUPERMAN: NEW KRYPTON, SUPERMAN: THE LAST STAND OF NEW KRYPTON, and SUPERMAN: WAR OF THE SUPERMEN.

Gates was born and raised in Tulsa, Oklahoma, and studied filmmaking and art at the University of Oklahoma. He moved to Los Angeles in 2006, where he worked first as a writer's room production assistant and later as personal assistant to comic book legend Geoff Johns.

Gates' critically acclaimed run on SUPERGIRL with artist Jamal Igle redefined the character for a new generation and was named one of the "100 Greatest Superhero Comics of All Time" by The Hollywood Reporter in 2016. ADVENTURES OF SUPERGIRL Vol. 1 was selected by YALSA as one of 2017's "Great Graphic Novels for Teens." Gates and artist Matthew Clark contributed a Supergirl story to the Eisner and Ringo award-winning anthology, LOVE IS LOVE. Gates is also known for co-creating the popular DC Comics character, Caitlin Snow, with artist Derlis Santacruz.

Gates has written for various other media, including the CW's hit shows, SUPERGIRL and THE FLASH, Marvel Animation Studios' SPIDER-MAN, and Spin Master's SUPER DINOSAUR. Gates co-wrote THE FLASH episode "Enter Flashtime" with Todd Helbing, and that episode was selected by TV Guide as one of the "Best 25 Episodes of Television in 2018." Gates also served as co-writer and producer of the award-winning independent superhero film, THE POSTHUMAN PROJECT.

Amazon Customer
5.0 out of 5 stars A promising start.
Reviewed in the United States 🇺🇸 on January 26, 2016
Verified Purchase
I think this issue set a good tone for the series and I hope it stays on track. I do kind of regret that the TV Supergirl did not start with her as a teenager but by not making her a bad stereotype of a teenager they more than make up for it. I missed having a sweet cheerful Supergirl like the original pre Crisis on Infinite Earths version who died saving Superman's life.
Read more
2 people found this helpful
Helpful
Report abuse

AArmstrong
5.0 out of 5 stars So much fun!
Reviewed in the United States 🇺🇸 on May 22, 2016
Verified Purchase
If you love the TV series and like me need your between season fix, then these comics are like getting season 1.5
Very well done! The humor is on point and you will laugh just like you did from the TV series. Refreshing and fun, its awesome to have a female super hero making a name for herself! Buy these and you won't be sorry! A must have for any Supergirl fan!!
Read more
Helpful
Report abuse

Brianna
5.0 out of 5 stars Adventures of Supergirl review
Reviewed in the United States 🇺🇸 on February 8, 2016
Verified Purchase
Loves this comics first issue. The cover looks just like Melissa Benoist from the tv show Supergirl, which this comic is based off of. I thoroughly enjoyed it. Kept you engaged and entertained. It made me laugh and get excited when they brought the familiar characters in. Then it ended on cliffhanger, which I love! I am really looking forward to the next issue coming out Monday!
Read more
Helpful
Report abuse

Cori Marie
5.0 out of 5 stars Finally! Sterling Gates writes the best Supergirl, and Bengal's art is a perfect fit.
Reviewed in the United States 🇺🇸 on January 25, 2016
Verified Purchase
I fell in love with Sterling Gates's Kara years ago, when I first read "Who is Superwoman?" He hasn't missed a beat since. Bengal's art is energetic and fun, meshing perfectly with the story. This. This is the Kara I've missed in comics so much.
Read more
One person found this helpful
Helpful
Report abuse

Ky
5.0 out of 5 stars SUPER!!!
Reviewed in the United States 🇺🇸 on January 27, 2016
Verified Purchase
Not a huge fan of comic books, but when my favorite actress lands the role of Kara/Supergirl on the CBS series I became a fan quickly. Love seeing the series being made into a new comic adventure!
Read more
One person found this helpful
Helpful
Report abuse

Kimberly Dawson
5.0 out of 5 stars Great companion to the series
Reviewed in the United States 🇺🇸 on January 25, 2016
Verified Purchase
The animation is fantastic and they really managed to capture Kara's voice perfectly. I also loved seeing Alex come to life outside of the show for the first time. Can't wait for the next issue!
Read more
Helpful
Report abuse

Amazon Customer
2.0 out of 5 stars Supergirl 2016
Reviewed in the United States 🇺🇸 on May 31, 2016
Verified Purchase
I am a big Supergirl fan and am glad they brought her back (for what the fifth time?), but I don't like the art. It is far too cartoonish. I like the characters to look like people.
Read more
Helpful
Report abuse
See all reviews