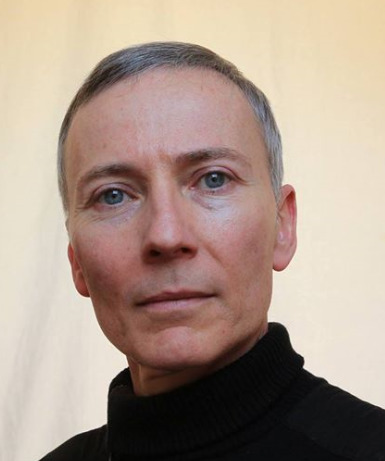 An experienced writer in his professional life, Aenghus has written millions of words to inform and educate people. In 2010 he turned his skills to writing fiction. The result was the first of four sword-and-sorcery novels that do for the King Arthur legend what True Blood did for vampires. Don't expect the ordinary when traversing the intriguing story lines that Aenghus has his characters tread.

Not wanting to be typecast as a fantasy-only writer Aenghus's fifth novel was written in the style of Agatha Christie. It is murder mystery at its very sharpest. Tension and deception on the high-seas as the passengers and crew of the Mary Celeste are picked off one by one.

Jack the Ripper features in the latest offering from Aenghus. Expect one more murder mystery to round-off the trilogy before he transforms his genre once again. Keep your eyes open for the next genus of writing that Aenghus takes on with stylish aplomb. 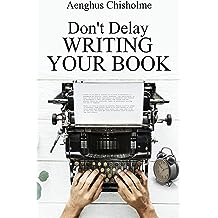 Don't Delay Writing Your Book Jun 27, 2018
by Aenghus Chisholme
( 1 )
$2.99
Too many of us think that we have a great written work within us, that one day we will sit down and scribe. But that day never comes. Don’t be one of those people. Become a writer today!

Self-published author Aenghus Chisholme spells-out in clear steps, how to achieve your goal of writing that story that you’ve been thinking about for so long.

There are learnings to be discovered from the journey that another has taken. Like a guide in a foreign land, Aenghus will lead you to the very heart of how to produce your first book. 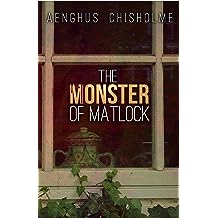 The Monster of Matlock Feb 18, 2018
by Aenghus Chisholme
$2.99
Derbyshire, England: Matlock & Matlock Bath are Edwardian towns clinging to the side of a steep and heavily forested gorge. The river Derwent snakes through the valley below. They are idyllic places in which to live.

But in the year 1893 something is lurking in the mists that roll down the valley. Hideous and relentless; it is murdering the inhabitants but masquerading the deaths in a fiendish way. The townspeople are divided. Are they victims of a irresistible force or is it just unfortunate happenstance?
Read more 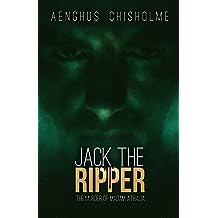 Jack the Ripper: The murder of Madam Athalia Aug 30, 2016
by Aenghus Chisholme
$2.99
London 1888: The most horrible murders are being committed one after the other. The police have no clues. The killer eludes them every time. But the death of an old Psychic in an grand manor house away from the inner-city slums of London give Samuel Gates a vital clue to the spate of murders. If he can solve the mystery, he may be the one that captures Jack the Ripper.
Read more
Other Formats: Paperback 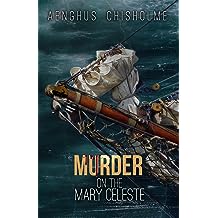 Murder on the Mary Celeste Aug 28, 2015
by Aenghus Chisholme
$2.99
Murder Mystery: 1871 somewhere on the Atlantic Ocean. The passengers and crew of the merchant brigantine sailing ship Mary Celeste are being murdered one-by-one. Which of their number is perpetrating these hideous crimes. Alone on an tumultuous sea the finger of suspicion points from one to the next. Can they find the unseen assassin before its too late?
Read more
Other Formats: Paperback 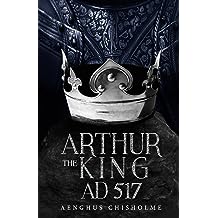 Arthur the King AD517 (AD491 - AD517 Book 4) Nov 16, 2014
by Aenghus Chisholme
$2.99
King Arthur rules the largest Monarchy in the history of Briton. Frustrated that he has not yet driven all of the Saxons, Angles and Jutes from the land he embarks on a series of savage battles within his own borders.
Prince Amhar, Arthur's only legitimate son opposes his father's tactics and reasoning. Along with his half-brother Mordrede, they offer support to the township of Camlann, the site of Arthur's next planned assault.
Magicians Morgan Le Fay and Merlin take opposing viewpoints over the King's actions and a rift is formed in their twenty-seven year friendship.
Will Arthur wage war against his own flesh-and-blood; risking a schism within his Kingdom in order to fulfill his desire for a country purged of the invaders? 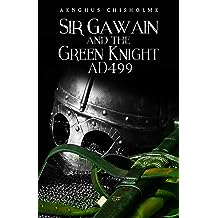 Sir Gawain and the Green Knight AD499 (AD491 - AD517 Book 3) Feb 6, 2014
by Aenghus Chisholme
( 2 )
$2.99
Sir Guaen, one of Arthur's most trusted Knights, is under attack from a supernatural being. The Green Knight is an unstoppable animated corpse hell-bent upon Guaen's death. The only two magical beings in Caerleon castle that have any hope of opposing this evil are powerless whenever the Green Knight is near.
Desperate for help Merlin turns to Queen Nimue of the faerie people. In an alliance forged from need the mystical beings unravel the circumstances that cause the appearance of the Green Knight at every full-moon.
With each ensuing attack the Green Knight becomes more powerful and more cunning. Can the alliance between the faerie people and King Arthur's court overcome their mistrust of each other in order to battle the very embodiment of evil? 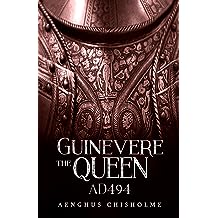 Guinevere the Queen AD494 (AD 491 - AD 517 Book 2) May 4, 2013
by Aenghus Chisholme
( 1 )
$2.99
Excalibur, the very symbol of King Arthur's power has been stolen. Unable to immediately pursue the thief, Arthur and Merlin travel north to mediate a dispute over the dismantling of Hadrian's wall.
Queen Gwenhwyvar and Sorceress Morgan Le Fay take it upon themselves to recover the stolen sword. Little do they know a magical beast guards the sword and will devour any who try to retrieve it.
Read more
Other Formats: Paperback 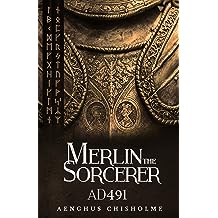 Merlin the Sorcerer AD491 (AD 491 - AD 517 Book 1) Mar 16, 2012
by Aenghus Chisholme
$2.99
Merlin embarks on a passionate affair with Morgan Le Fay, sister to King Arthur. But the beautiful and other-worldly faerie Nimue has other ideas for Merlin.
King Arthur is facing battle with the murderous Saxon overlord Aelle. Meanwhile the self-absorbed ruler of the Faerie people Hellekin, is set to intervene in Arthur’s battle because of Nimue’s involvement with the humans. Causing a situation that may tip the balance of power to the invading warmonger.
Enter a tangled web of intrigue and lust, sorcery and sword fights, as the lives of these mythical figures intersect and irrevocably change the natural course of events in the year AD 491.