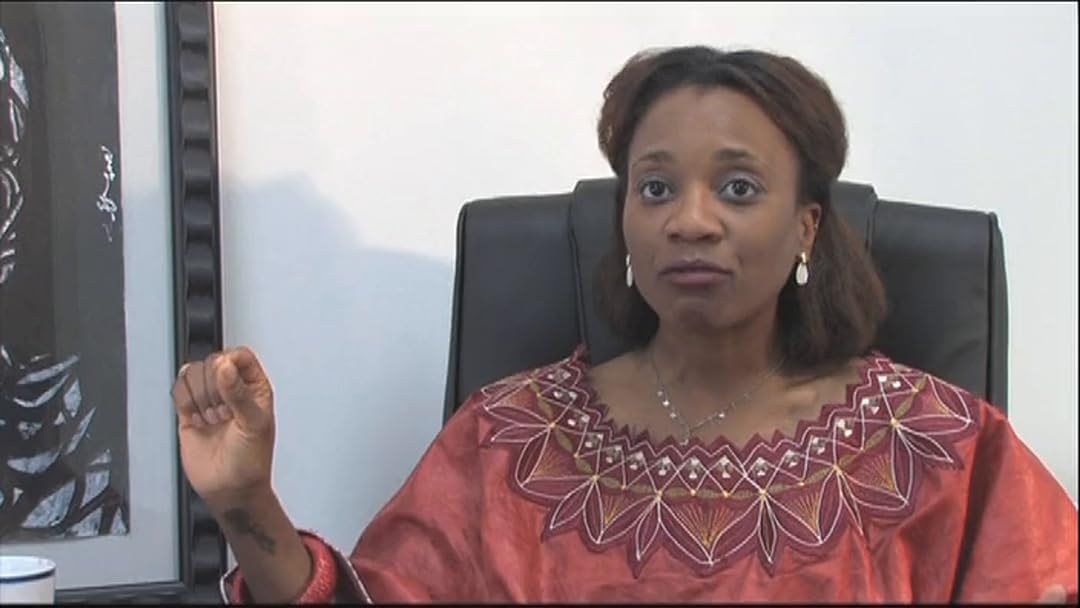 (13)
1 h 15 minNR
The film focuses on the positive side of Africa rarely seen. The film presents the cultural richness of Africa and explains ancient customs and traditions while celebrating the music, dance and welcoming nature of the majority of Africans.

Helen SpaldingReviewed in the United States on August 27, 2012
4.0 out of 5 stars
Contemporary travelogue
Verified purchase
The African Side does present a more pleasant view of contemporary Africa. It uses both video and stills edited into the end product.

The predominant focus is on Nigeria and South Africa rather than the continent as a whole. Those interviewed also include ex-pats or Black Americans who love the continent.

The film does continue the myth of the "door of no return" which has been altered significantly by more modern scholarship. Goree Island has a much more tangled history than the film depicts. It also seeks to minimize Black Africans complicity in the trans-Atlantic slave trade by insisting that Black Africans had no idea that selling fellow Black Africans to the Whites fm Europe meant they would be lost to Africa forever. It also minimized Black complicity by emphasizing White hunters going into the interior to seek out slaves even as scholarship indicates otherwise.

In Nigerian segments, the focus is upon the Igbo rather than the Hausa or other groups sharing the country. Nothing is mentioned about the inter-ethnic strife or Islamic terrorism. It's a rosy presentation of Nigeria rather than a balanced one. However, one can certainly understand wishing to put one's love of country forward.

It is not a solid history film, but it does represent an excellent travelogue for Nigeria and South Africa. It presents both countries in a very positive light.

I would have edited out the giggly PhD fm America or at least redone that section of the interview. Her giggles really detracts fm the interview.

If you are considering a trip abroad to Nigeria, this is a worthy travelogue to view. I would recommend "renting" rather than purchasing though. It's not something that you will likely want to watch over and over again. Neither is it something that a classroom teacher might find exceptionally useful.

Stella OkureReviewed in the United States on June 23, 2013
5.0 out of 5 stars
Insightful, Inspirational and packed full of information
Verified purchase
This was an amazing movie! The documentary was full of information that I, as an African did not even know. The part about the transatlantic slave trade was so moving, I was practically in tears thinking of the painful past that my continent has experienced.

However, the movie does not end there, it moves on to present an Africa that few people have ever seen or heard about. There is an abundance of breath-taking images, aerial shots of beautiful cities and amazing scenery. The director explores interesting tourist attractions and interviews some very intelligent and interesting people along the way.

I have to say something about the soundtrack, its really unique. I couldn't help just moving naturally to some of the music that came on. All in all, this was a wonderful project and I applaud the hard work and dedication that must have gone into producing something so great.

audibleReviewed in the United States on December 7, 2017
1.0 out of 5 stars
Where in the world is the substance?
Verified purchase
Very disappointing film. I had expected much more. The parts on Senegal and Eastern Nigeria were interesting, but most of the film were talking heads who don't even live in Africa. Obviously Africa wasn't that great for them or they would have stayed! Working with African asylum seekers for the past two years, gives a different picture. I've learned more about the cultures, education, politics, countryside, villages, cities and town than I ever thought possible, and I've developed a deep affection for the people and the continent. They've been screwed by slavers, exploited by colonialism, dominated by missionaries, abused by terrorists, now their lands are overrun and again exploited, this time by China, There's such a rich history, not just African, but interwoven with Europeans. No one ever talks about the connection between witchcraft and religion and politics. No one talks about knowledge from ancestors vs. education by missionaries, inherited leadership vs. leadership as a result of education. Oh, I could go on and on. Make a film showing the beautiful side of countries as well as the dark side. THAT would be The African Side.

BOgleReviewed in the United States on December 7, 2013
2.0 out of 5 stars
Did not fit description of the film.
Verified purchase
The description of the movie led me to believe that it would portray much more of the strength, unity and cultural richness of the majority of African people. I felt that it focused primarily on the culture and success of select rich African people.

The perspective that was presented showed some of the beauty of the Motherland. The communication with the South African consulate in the United States spoke of the people of South Africa, the remaining people spoke of their personal vision.

This movie does not do justice to the people of Africa!

Robert HicksReviewed in the United States on January 22, 2013
3.0 out of 5 stars
educational but a bit boring
Verified purchase
It's informative but the narrator seems like an amateur. Good for an introduction to an African studies class but not very entertaining.

gccoyoteReviewed in the United States on June 7, 2013
2.0 out of 5 stars
bad
Verified purchase
I appreciate and agree that the good things about Africa need more focus, however this film is poorly done and is mostly about Nigeria and a plug for tourism there.

C. HarneReviewed in the United States on March 12, 2018
1.0 out of 5 stars
Important topic, poorly produced.
Verified purchase
I feel bad to give it a low rating, because I did find it somewhat informative, but it was overall, very poorly done. The focus was mostly only Nigeria, Igbo specifically, and the production was pretty bad.
See all reviews
Back to top
Get to Know Us
Make Money with Us
Amazon Payment Products
Let Us Help You
EnglishChoose a language for shopping. United StatesChoose a country/region for shopping.
© 1996-2022, Amazon.com, Inc. or its affiliates