After All These Years - Prelude and millions of other books are available for Amazon Kindle. Learn more 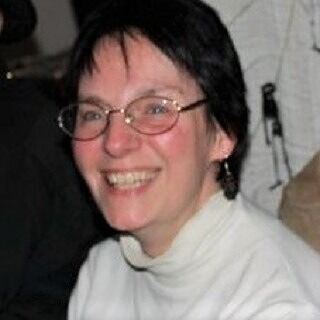 by D.D. Bartholomew (Author)
5.0 out of 5 stars 4 ratings
Book 1 of 3: After All These Years
See all formats and editions
Sorry, there was a problem loading this page. Try again.

Denise’s life is full, and yet completely empty. Stuck in a loveless marriage, even the thrill of running a New York City bakeshop and working at a major opera house can’t fill the gaping hole in her heart.

Then, one evening, Vincenzo Moretti walks up the grand staircase at Masterworks Opera. When their eyes meet, Denise knows it would be folly to fight her feelings.

When Vincenzo returns to his home city of Rome, Denise is heartbroken – but she always knew it wouldn’t last. Then one day, he walks back into her life….

The Amazon Book Review
Book recommendations, author interviews, editors' picks, and more. Read it now.
Start reading After All These Years - Prelude on your Kindle in under a minute.

D.D. Bartholomew was born in Brooklyn, NY and had lived in Japan, Australia and Canada. After 40+ years in the corporate world, she gave it all up and retired. Now she's busier than ever!

Opera is her passion, both listening and performing. She used to work at and now volunteers at the Metropolitan Opera in New York City and can most often be found at the membership desk on the Grand Tier.

She’s published numerous articles on Vocal Media. The After All These Years duet are the first full-length novel.

When she's not sitting in front of the computer fighting writers block, she studies iaido (the use of the Japanese sword) and spends more time baking than she really should.

Diane H Nerko
5.0 out of 5 stars Captivates you from the start!
Reviewed in the United States on July 17, 2021
Even though this was an author I had never read- took a chance as the storyline appealed to me. Was immediately captivated by the character portrayals and the setting of the story in NYC and the opera world. It is a steamy and romantic novel with many obstacles faced and courage going forward when your life is falling apart.
Read more
Helpful
Report abuse

Doloresrose Lucivero
5.0 out of 5 stars 🔥🔥🔥 this story is hot
Reviewed in the United States on June 10, 2021
D.D. Bartholomew spins a tale of passion and vividness that makes you feel as though these characters are real. I hope there is more to come.
Read more
Helpful
Report abuse
See all reviews

Anne
5.0 out of 5 stars A fabulous romantic love story
Reviewed in the United Kingdom on June 10, 2021
Verified Purchase
I loved this book. Not only was it a beautifully written romantic love story but it covered so many well informed topics that I knew very little about. I learned so much about opera, the Russian Orthodox Church and Japanese traditions. The author’s knowledge and experience of these subjects shone through making the novel an extremely good read. Following the characters through the years and sharing their experiences made for a brilliant read. Looking forward to the next book.
Read more
Report abuse
See all reviews
Back to top
Get to Know Us
Make Money with Us
Amazon Payment Products
Let Us Help You
EnglishChoose a language for shopping. United StatesChoose a country/region for shopping.
© 1996-2022, Amazon.com, Inc. or its affiliates