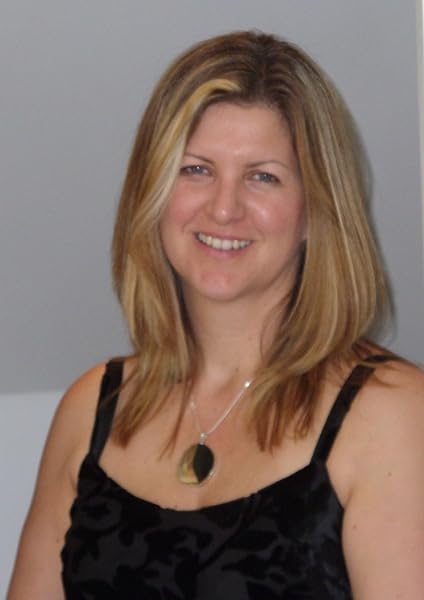 “Readers . . . will find their patience rewarded by a series of exciting revelations that ignite the action.” ―Kirkus Reviews

“Readers will feel like they are present in the story and will make predictions about the characters' next moves. By the end, they will appreciate the beginning and become fond of the characters.” ―VOYA

“Fans of the genre . . . will likely delight in the time-travel take on a narrative they love.” ―BCCB

A keen stargazer, one of Helen Douglas's first memories is of getting up in the middle of the night to sneak outside and watch the Perseids meteor shower. It was a telescope that she received as a birthday gift that helped inspire Eden. She lives in Cornwall with her husband and children. After Eden is her first novel.
Start reading After Eden on your Kindle in under a minute.

3.5 out of 5 stars
3.5 out of 5
27 customer ratings
How does Amazon calculate star ratings?
Amazon calculates a product’s star ratings based on a machine learned model instead of a raw data average. The model takes into account factors including the age of a rating, whether the ratings are from verified purchasers, and factors that establish reviewer trustworthiness.
Top Reviews

sarah brown
3.0 out of 5 stars After Eden
Reviewed in the United States on January 4, 2014
Verified Purchase
3.5/5 Stars.
After Eden is the first book in the After Eden series by Helen Douglas.
This book is very reminiscent of Twilight, actually very much so, the similarities are astounding, almost the same kind of storyline with a few tweaks here and there to not make it an exact copy, but when you're as big a fan as I am (Twilight is my favourite series) you will definitely notice.
That's not to say that's it's a bad book, on the contrary I did actually enjoy it and finished it in a matter of hours, and I will carry on with the rest of the series although I do feel this book could have been a stand-alone, I don't think you really need to carry on the story when it all seemed to be wrapped up in After Eden.
One difference in this book is the focus on time-travel and astronomy, and the way that one person can make a difference to the fate of any one thing, good or bad.
Thumbs-up for the concept, it was different from what's around at the moment and I quite enjoyed the characters as well, I liked Eden and Ryan as a couple, they fit well together and I was invested in them and had my fingers crossed that it would all work out for them, I also was a fan of the supporting characters, especially Connor and Megan.
If you like a bit of time-travel mixed with a bit of astronomy then pick this up, actually you don't really need to be a fan particularly of any of those things, it's a quick, enjoyable read.
I look forward to the second book.

Celeste Pewter
4.0 out of 5 stars Highly enjoyable and quietly lovely debut.
Reviewed in the United States on July 5, 2014
Verified Purchase
t's not often that I describe science fiction as quiet, but After Eden definitely fits the bill. It's a quiet science fiction story about a boy who meets a girl, only to have the girl discover that she's actually key to the future of the universe.

Eden is a teenaged girl who has lived a relatively sedate life in Cornwall, after suffering from family tragedy early on in life. After meeting Ryan, a boy who is clearly not from America as he claims, Eden is pulled into a situation that she could have never possibly imagined.

Debut author Helen Douglas does fine job of balancing the large-scale science fiction aspects of After Eden - including slightly heady concepts like time travel and intergalactic discoveries - with the unwavering recognition that at the end of the day, this is also still very much a story about a girl's coming-of-age.

Even as Eden is pulled deeper and deeper into her efforts to help Ryan, Douglas never forgets that this is a story about first loves and youthful heartbreak, and she effortlessly balances the magnitude of Eden and Ryan's work, with constant reminders that they are just two people who are experiencing all of the same quiet emotions and feelings of other young people around them.

As Eden and Ryan close in on their final objectives, Douglas also reminds readers throughout the story of the impact of ripple effects, and how one action can inevitably lead to the next. Eden's intelligence and instinctive recognition of that domino effect is put to good use, while also provides readers with a smart, clever heroine to admire.

While the ending does admittedly feel a little abrupt and too neatly tied up at times, it's also a great reminder that life does sometimes just work out in mysterious ways. This sci-fi nerd was utterly satisfied by this read, and is looking forward to whatever else Douglas decides to write.
Read more
Helpful
Comment Report abuse

BooGroove
4.0 out of 5 stars An enjoyable read even if you're not in the target audience
Reviewed in the United States on January 12, 2014
Verified Purchase
I'm a middle-aged dude, so I'll preface my review with the obvious by saying that this book is clearly not intended for my demographic. That said, I knocked it out in a couple of sittings and found it to be quite fun. I thought the romance between Eden and Ryan was believable. One previous reviewer had commented that it seemed too easy or convenient or quick, but isn't that how teenage romances often are? I can remember going away on a trip for 2 weeks at that age and having a relationship completely run its course. And even if that relationship was initiated by mere physical attraction, I recall having the perception - at that time - that there was this genuine deep emotion behind it. It's easy enough looking back to mock the naivite of that perception, but that's how you feel at that age and I think the author does a good job of capturing that. It doesn't take much to form very strong bonds when you're an adolescent. And every little disappointment feels like it could be the end of the world when you're 16. Perhaps that's a fitting metaphor because for these characters, it actually could be!

I also thought that the narrative had good momentum (from the halfway point on, I couldn't put it down), and that the ending was satisfying. Another reviewer had commented that it was predictable, and if you go into it trying to figure out, for example, who the cleaner is...I suppose you could figure that out pretty easily. But if you allow yourself to get caught up in the story - which I expect the target audience will - you won't be focused on that sort of thing. You'll be focused on the relationship of the characters and the success of Ryan's mission. And again, I realize this book wasn't written for an old dude, but I had an easy time going with the flow. But I'm a big Dawson's Creek fan, too, so I'm used to that. Like another reviewer said, it made her feel like a teenager again.

I also liked that the author told much of the story through the characters' dialogue...it seems a natural fit for translation to a screenplay. And if it is made into a movie, I'll probably watch it with my wife (because she likes this teenage time warp stuff even more than I do.)
Read more
Helpful
Comment Report abuse

Eileen Kleinberg
5.0 out of 5 stars Review of After Eden by Helen Douglas
Reviewed in the United States on November 19, 2013
Verified Purchase
I really enjoyed After Eden. It is a book that quickly drew me into the life of the main character and how it was about to change.It is not difficult to become involved with Eden and Ryan's romance and Eden's relationships with her friends.
The book held my interest until the end. I wanted it to continue!
Read more
Helpful
Comment Report abuse
See all reviews from the United States