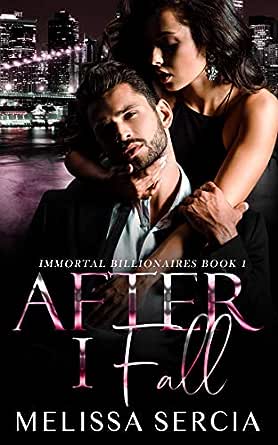 You've subscribed to Immortal Billionaires! We will preorder your items within 24 hours of when they become available. When new books are released, we'll charge your default payment method for the lowest price available during the pre-order period.
Update your device or payment method, cancel individual pre-orders or your subscription at
Your Memberships & Subscriptions
There was an error. We were unable to process your subscription due to an error. Please refresh and try again. 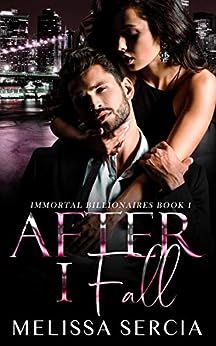 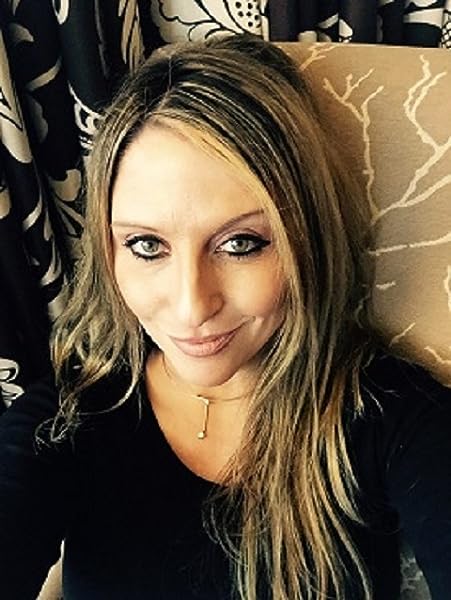 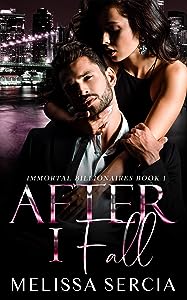 "A sexy and gritty romance set in a paranormal world. A dark magnetic vampire and a sweet unknowing mortal are the most unlikely of lovers. But when their paths collide, a white hot fire burns across the pages of Sercia's, After I Fall. A must read for anyone who loves dark romance!" - Negeen Papehn, Contemporary Romance Author

Melissa Sercia is an award winning Urban Fantasy and Paranormal Romance author with a passion for philosophy, mythology, and all things supernatural. She is the author of the Blood and Darkness series, Beautiful Dark Beasts series, and Immortal Billionaires series. Melissa lives in California with her man and her cat. When she's not building dark fantasy worlds and slaying demons, you can find her in the kitchen cooking with a glass of wine in her hand.

5.0 out of 5 stars
5 out of 5
4 global ratings
How are ratings calculated?
To calculate the overall star rating and percentage breakdown by star, we don’t use a simple average. Instead, our system considers things like how recent a review is and if the reviewer bought the item on Amazon. It also analyzes reviews to verify trustworthiness.

SerenaMDewinter
5.0 out of 5 stars FANTASTIC READ!!!
Reviewed in the United States on October 26, 2020
Verified Purchase
Great read! I couldn’t put it down! I can not WAIT to read the next book in the series!
Read more
Helpful
Comment Report abuse

linda
5.0 out of 5 stars Loved it
Reviewed in the United States on October 27, 2020
REVIEWED BY LINDA TONIS
MEMBER OF THE PARANORMAL ROMANCE GUILD REVIEW TEAM
Raven Monroe grew up in Maplewood, Connecticut where she never felt like she belonged or felt loved and when Alex the man she loved cheated and broke her heart she left with no intention of ever returning. I am only giving you one part of what Alex did but all in all he was a dog.

Raven heads to New York City with dreams of being a chef one day but knows that she will have to start as a server. One restaurant after another turns her down until the last one. This restaurant is owned by Ozi Fabiano who, like Raven, had his heart broken by a woman he loved, only his happened a hundred years ago. Ozi is a vampire who lives for the moment, has all the money he could ever need and all the women he could ever want. One phone call and a beautiful woman is on his arm. He never sleeps with the same woman twice since commitment is the last thing he wants until he sees Raven working at his restaurant.

The attraction between Ozi and Raven is off the charts and as much as they both have promised to never fall in love again it seems that fate, lust or both has reared its ugly head and taken the choice out of their hands. Ozi has to convince himself that Raven is nothing like Camille, his ex who till this day wants nothing more than to hurt him even after a century. I will not reveal why she hates him so much and leave it up to you to discover on your own.

The more that Ozi begins to feel for Raven the more he knows he will have to reveal himself to her but he fears having her hate him like Camille does. He knows that he has waited his entire long life for Raven but can he keep her. Raven also fears that a man like Ozi will cheat on her, after all Alex did and he was nothing compared to Ozi so the chances are very good he will break her heart, a heart that is damaged enough.

Secrets, surprises, sex and danger kept me glued to this book, I opened it and didn’t shut it until the end. I couldn’t get enough of Ozi and Raven and their desire for each other and fear of letting that desire come crashing down around them.

All I can say is I want, need and can’t wait for book 2.
Read more
Helpful
Comment Report abuse

HuggybearC
5.0 out of 5 stars I really liked this book
Reviewed in the United States on October 27, 2020
This is the first book that I have read by Melissa Sercia. I was fortunate enough to have received a ARC copy of this book in exchange for a voluntery honest review.
This book is a steamy paranormal romance. It is a standalone novel. Raven is suffering from heartbreak she decides she needs a change and moves to the city. Ozi is a gorgeous playboy Vampire who doesn't like relationships.
I found that the characters pulled me in and kept me reading. I had some questions and by the end I had all the answers. I enjoyed the story and how it all played out by the end. There was some mystery, attraction, steam, Alpha hero, and a heroine that became stronger throughout the book.
I would gladly read more books from this author. I liked her writing style. If you like Romance books mixed with paranormal characters and HEA story then I think you would enjoy this book.
This book is set to be released on October 27th 2020
Read more

Emily Hornburg
5.0 out of 5 stars A Wild and Sexy Ride
Reviewed in the United States on October 27, 2020
If you're looking for a fun, hot, and edgy vampire romance just in time for Halloween, After I Fall is for you!

Sercia introduces an exciting, dangerous, and sexy world ready for paranormal fans to devour. I read this book so quickly, and it was a welcome escape from every day life. It was wonderful to step into Ravens shoes and fall for the dark and sensual vampire Ozi. (While also making me crave Italian food...) All the while she's building a world readers will want to return to for more excitement and to dive into these characters stories.

I revived an ARC of this book in exchange for an honest review.
Read more
Helpful
Comment Report abuse
See all reviews