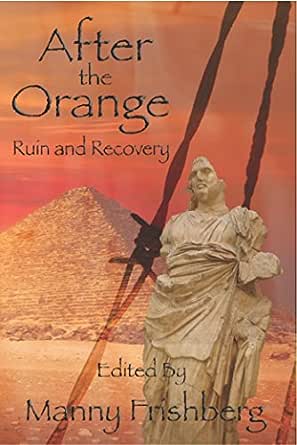 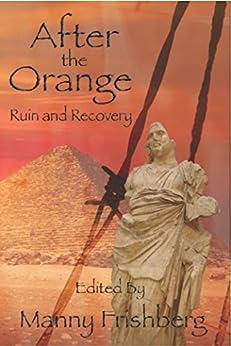 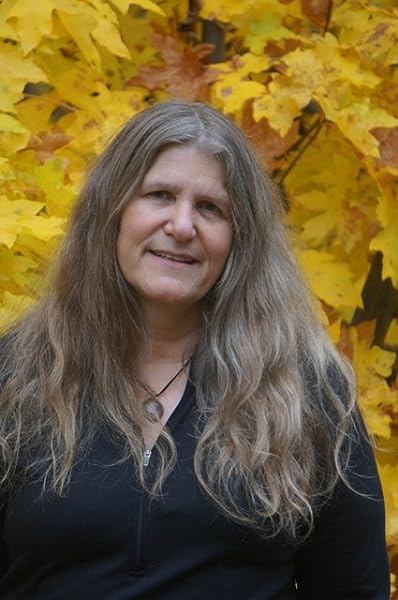 After the Orange: Ruin and Recovery Kindle Edition

Sara Codair, the cover artist, has a debut novel Power Surge, coming out on October 1, 2018. Elizabeth Ann Scarborough has won the Nebula, SFWA's highest award, and writes about Fairy Godmonthers, William Burns is a computer consultant, K.G. Anderson is a journalist, Laura Staley likes to read, Marcelle Thiébaux is an award winning writer, Samantha Weiss loves weaving historical architecture into her work, Darren Todd is a freelance editor, Paula Hammond prowls London, Chris Bullard has a B.A in English, J.G. Follansbee writes of climate change, Kara Dalkey has written 15 novels, Frog and Esther Jones are a writing team from the woods of the Olympic Pennensula, Edd Vick likes Coke Zero, Yong Takahashi is an award winning writer, Elana Gomel is an Associate Professor at the Department of English and American Studies at Tel-Aviv University, Ben Howels is a speculative fiction and thriller writer hailing from Devon, England, Hannah Trusty works by day as a project manager while working towards dual degrees in Journalism and English and plays roller derby, Mike Adamson holds a PhD in archaeology, John A. Pitts learned to love science fiction at the knee of his grandmother, listening to her read authors like Edgar Rice Burroughs and Robert E. Howard during his childhood in Kentucky, Janka Hobbs lives in the Puget Sound lowlands, where she studies Aikido and Botany, Charles Joseph Albert is a writer of poetry and fiction living in San Jose, California, where he works as a metallurgist, Kevin David Anderson’s debut novel, Night of the Living Trekkies, earned positive reviews in the L.A.Times, Brenda Cooper is a writer, a futurist, a wonderful human being, and a technology professional. She often writes about technology and the environment, Andrea Lopez is a Full Sail University Creative Writing Graduate, BoBalder is the first Dutch author to have been published in F&SF and Clarkesworld. Su J. Sokol is a social rights activist and a writer of speculative, liminal, and interstitial fiction, Russell Hemmell is a statistician and social scientist from Scotland, Bruce Taylor, known as Mr. Magic Realism, was born in 1947 in Seattle, Washington, where he currently lives, Shelby Workman lives in New Mexico with her family and the world’s cutest dog, Manny Frishberg, the editor, was born just south of New York City and has made his home on the West Coast for over 40 years. --This text refers to the paperback edition.

4.8 out of 5 stars
4.8 out of 5
7 customer ratings
How does Amazon calculate star ratings?
Amazon calculates a product’s star ratings based on a machine learned model instead of a raw data average. The model takes into account factors including the age of a rating, whether the ratings are from verified purchasers, and factors that establish reviewer trustworthiness.
Top Reviews

Misty Ross
5.0 out of 5 stars Makes you think...
Reviewed in the United States on August 5, 2018
Verified Purchase
A great collection of short stories that look into the future and present a picture of how our world will turn out. Dealing with serious issues like climate change and government control over the individual, every story gives the reader something to think about and consider in regards to what can happen if we sit by passively and let things unfold without check. I enjoyed the format - easy to pick up throughout busy days and read one or two stories.
Read more
3 people found this helpful
Helpful
Comment Report abuse

Amazon Customer
5.0 out of 5 stars A Host of Unsung Talent on Display
Reviewed in the United States on February 17, 2019
Verified Purchase
This collection is a fabulous look at what writers can do. Perhaps the finest is a poignant story by one Brenda Cooper. She has written a story that will bring the love of life back to your soul. A gentle story of a bittersweet time. But there is much more to this book. You will relish every story, every word and know that you are better for having read it.
Read more
Helpful
Comment Report abuse

queens music
5.0 out of 5 stars Excellent book but Hopefully not the future
Reviewed in the United States on August 29, 2018
Verified Purchase
It;s absolutely scary that so many of these stories are real possibilities. The writing is excellent of course.
I strongly suggest that you read, enjoy, and heed the warnings of these great stories.

MJHolt
5.0 out of 5 stars Stories of the heart and soul of change.
Reviewed in the United States on September 12, 2018
After the Orange is an exceptional anthology of essays, poetry, and short fiction, the possibilities of what will happen in the future, with some reflections on the past. Editor Manny Frishberg, a well-respected writer in his own right, assembled twenty-eight authors to present visions of our near future. Elizabeth Ann Scarborough wrote the Foreword.
All twenty-eight works are engaging stories. The flavor of the anthology ranges from defiance, to acceptance, to consequence.
John A. Pitts’ The Last Flight of Captain Kittredge, a defiant story, presents anarchy and civil war in a closely held area near an old, small airport once owned by Boeing. This story of desperation and hope is a classic war story that captures the essence of why people fight in a desperate situation.
Brenda Coopers’ Maybe the Monarchs, story of acceptance, is a tender tale of love and the inevitable loss of those near to us as we age. The story reflects on the personal loss felt by the extinction of Monarch butterflies that is woven into a deeply touching story of a woman on the cusp of another life change.
The Orange Street Parking Garage is FULL/OPEN by J.G. Follansbee, a story of consquences, follows a bum on the street through his rise and fall as a favorite of a president who hired him to destroy the EPA. If you enjoy schadenfreude, this is the story for you.
These are only three out of the twenty-eight stories, and they reflect the high-quality story telling found in each of the works. There isn’t dud among them. After the Orange anthology brings together very different visions of the future of the USA and those affected by the inevitable changes in touching and startling stories filled with love, longing, and a bit of gallows humor.

In the spirit of full-disclosure, B Cube has published a short story by me. Not in this anthology. I only promised an honest review.
Read more
2 people found this helpful
Helpful
Comment Report abuse

Scott Sokol
5.0 out of 5 stars Orwellian nightmare
Reviewed in the United States on August 17, 2018
After the Orange describes the devastation of our planet approximately twenty years after Donald Trump. It showcases how climate changes, political hysteria and total disregard for individuality have turned our world into an Orwellian nightmare. If you are comforted by the fact that this is fiction, you are either in a coma or in total denial. The evidence is already here with summers of 100 degrees and more, fires, warming of the oceans and terrorists driving into bicyclists. Read on citizen of the earth. If you value the future of your children and grandchildren, this book should be mandatory reading for all.
Read more
One person found this helpful
Helpful
Comment Report abuse

Katriel
5.0 out of 5 stars A scary compilation of dystopian futures
Reviewed in the United States on August 29, 2018
If you like dystopias, here you will find as many as you can handle, and then some. A few are disturbing, other more ironic, all well-written.
Read more
One person found this helpful
Helpful
Comment Report abuse
See all reviews from the United States