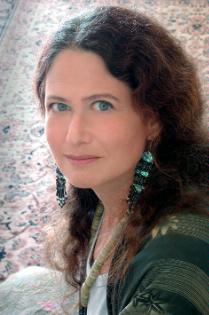 The author of five previous poetry collections and a book of essays, Jane Hirshfield has been a finalist for both the National Book Critics Circle Award and England’s T. S. Eliot Prize for Poetry, and she is the winner of the Poetry Center Book Award, the California Book Award, and fellowships from the Academy of American Poets, the National Endowment for the Arts, and the Guggenheim and Rockefeller foundations. Her work has appeared in The New Yorker, Atlantic Monthly, The Nation, the Los Angeles Times, and multiple volumes of The Best American Poetry and Pushcart Prize anthologies.

4.3 out of 5 stars
4.3 out of 5
25 customer ratings
How does Amazon calculate star ratings?
Amazon calculates a product’s star ratings based on a machine learned model instead of a raw data average. The model takes into account factors including the age of a rating, whether the ratings are from verified purchasers, and factors that establish reviewer trustworthiness.
Top reviews

G. D. Geiss
5.0 out of 5 stars Great stuff.
Reviewed in the United States on February 13, 2010
Verified Purchase
In truth, it is difficult for the amateur (and sometimes it seems even for the professional) reviewer to say much else about a collection of poems but, "I loved them" or "I hated them". Poetry that produces neither love nor hate is probably poetry you should not attempt to review...luke warm soup? No thanks!

Anyway, I loved these poems. I used soup above advisedly. You will find more than a couple references in these poems to soup, and, it seems to me, that when a poet repeats images/objects you might want to be alert that, for instance here, soup may be somewhat more than veggies and broth. Along similar lines, Ms Hirshfield will introduce you here to a variety of dogs: real, imagined, past, present, dream, rose-quartz colored, and at least once (in a title) metaphoric. Ms. Hirshfield has written lovingly in "Nine Gates" (her marvelous set of poetic essays on poetry) about James Wright's "messenger angels". It seems, perhaps, that her dogs are sometimes cast in this role in this collection. You might watch/listen for them.

More than one observer has noted the sheen of sadness that overlays much of "After". I think sometimes that the "zen-ness" of these poems leans them in that direction. I'll leave it to more qualified/knowledgeable reviewers to deal properly with that, but it does seem that zen can tend toward the somber. Then, too, it could just be that Ms. Hirshfield is particularly attuned to the bitter-sweetness that life doles out whether we want it or not. Her (along with Mariko Aratani) surpassingly, inexhaustibly wonderful translations of the tanka of the Heian era poets Ono no Komachi and Izumi Shikibu ("The Ink Dark Moon") are full to overflowing with the ineffable transcience of love and life. No doubt that is present throughout the originals, but the deftness of the translations could not have originated in a non-kindred soul.

Still there is, if not great joy, great beauty in these poems. "Beneath the Snow, the Badger's Steady Breathing" ends with "- Sharp starlight coming all the way down to the snow." In her "Assay" on "Translucence" she's following that rose-quartz colored dream dog thusly: "A shadow opened then folded behind her./ I followed as if past a gate latch/ sliding closed of its own silent weight." The already noted "blue green shoulder of the vase" and, possibly the most beautiful image in the collection in "To Judgment: An Assay" in a line eschewing the very judgment of beautiful: a "dawn the color of winter butter -".

There is here, too, the quietly enigmatic. Try the opening poem "After Long Silence". Read closely and ask what "thought" is untranslatable and where, if thoughts start with words, do they go after? Is silence itself an answer to both questions and if so is "after" "post" or "pursuit"? Also, as already noted, "Red Scarf" which notes it's "for L.B. (1950-2004)". Whose scarf is it? Ms Hirshfield's or L.B.'s? Doesn't the "inconceivable before" (with before in italics) change considerably depending? All that's sure is the loss, the grief, the missing.

Two more thoughts and I'll let this go. I used the term quietly above and that's a characteristic of the entire collection. One of the quietest and one of my favorite poems (not likely to be everyone's) is "Sheep's Cheese" which I'd like to quote most of

In the cellar, sheep's milk cheeses
...

Once a week, a man comes to turn them.
Sixty pounds lifted like child after child,
lain back re-wrapped
...

The wheels are only sheep's milk, not ripening souls.
He sings no lullabye to them. But his arms know the weight.

I find this poem full of gentleness, quietness, tenderness; of ritual, of steadfastness; of the love found in certain labors; of the uncommon cosmic found in the most common of objects. And it's probably full of quite a bit more than that. Surely, though, it and the rest of these poems are Ms Hirshfield's wheels and, while they, too, are mere objects - her arms also know the weight.

And finally, the last three lines of the last poem are a kind of zen conclusion to the story of life played out within them. While the lines are addressed specifically, I think they can be read more generally: "Your story was this: you were happy, then you were sad,/ you slept, you awakened./ Sometimes you ate roasted chestnuts, sometimes persimmons." Others have noted these lines, but sometimes stopped before that last line with its heat prepared roasted chestnuts and its cold ripened persimmons, one sweet, the other tart - or slightly bitter, if you will.

Much poetry is written about itself, about art. This poetry is written about life and reading it will enrich your own in quiet but generous ways. If its vision is slightly canted toward the dark, yet it is, as Ms. Hirshfield herself describes in "Pyracantha and Plum": "a self portrait both clearer and darker,/ as if while I slept some Rembrandt or Brueghel/ had walked through the garden, looking hard."

David Anthony Sam
4.0 out of 5 stars A beautiful collection
Reviewed in the United States on August 5, 2020
Verified Purchase
Hirshfield at her worst is better than most of our bests. Not that this collection is in any way unsatisfactory. It may not be her best but it still echoes with beauty and pain and acceptance.
Read more
Helpful
Comment Report abuse

Patricia Johnson
4.0 out of 5 stars Worth the Work Involved in Reading Poems on a Deep Subject
Reviewed in the United States on July 3, 2014
Verified Purchase
Jane Hirshfield tackles some tough territory in this collection. The poems demand very deep thought and require careful examination and several re-readings. It is worth the effort and brings rewards to the reader. It is the first of her books that I read. I ordered more of her books after reading it. I would recommend reading some of her other works before tackling this collection because of the depth and significance of the subjects.
Read more
2 people found this helpful
Helpful
Comment Report abuse

Frances R. Johnson
5.0 out of 5 stars learning so much
Reviewed in the United States on June 3, 2014
Verified Purchase
I like Jane's poetry in this book as she gives background information in addition to the poem. This my 3rd book by her, and I will be watching for more. It feel like i am back in my poetry classes. Oh, that is why she is also a teacher. I would love to take a class from her.
Read more
One person found this helpful
Helpful
Comment Report abuse

inhutt
5.0 out of 5 stars After is beautiful
Reviewed in the United States on July 12, 2013
Verified Purchase
Jane Hirshfield's poems in her book, "After" are both lyric and lucid. Well crafted beauty. Exquisite images are controlled and delivered in such a way as to manage insight and meaning. The reader is led by the experience of the poem to a new place, a new understanding of the world, the heart and spirit.
Read more
3 people found this helpful
Helpful
Comment Report abuse

Sandy Peyrolle
5.0 out of 5 stars going deeper
Reviewed in the United States on August 1, 2013
Verified Purchase
The most informative book on learning to understand poetry
gaining the insight needed for deeper appreciation of context
and meaning
Read more
One person found this helpful
Helpful
Comment Report abuse
See all reviews from the United States

T. Taylor
5.0 out of 5 stars enigmatic poetry
Reviewed in the United Kingdom on June 14, 2014
Verified Purchase
This is one of the best poetry books I have read fro a while. Her poems are enigmatic, moving and intelligent. First time I have come across assay poems and I really enjoyed them.
Read more
One person found this helpful
Helpful
Sending feedback...
Thank you for your feedback.
Sorry, we failed to record your vote. Please try again
Report abuse