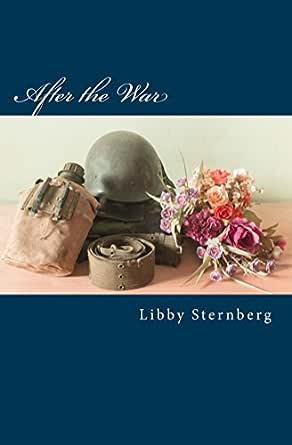 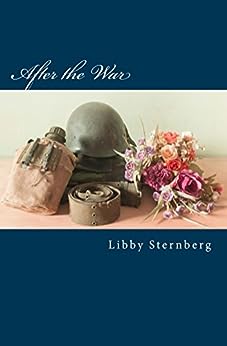 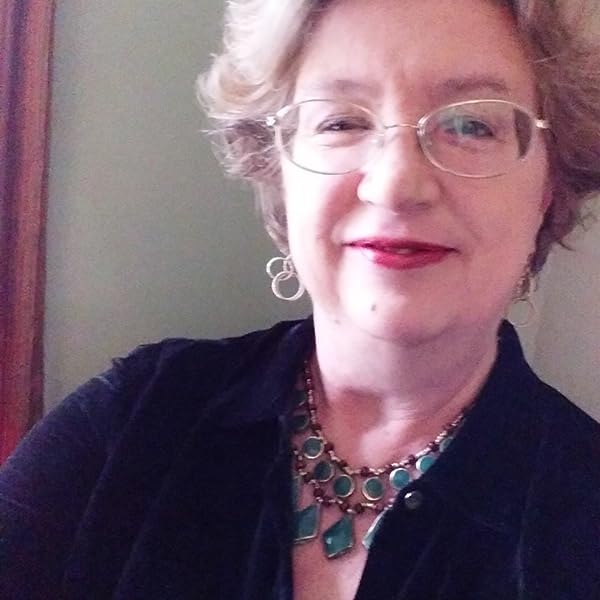 After the War Kindle Edition

Libby Sternberg is the author of several historical novels; she was nominated for an Edgar for her first book, a teen mystery. Her retelling of the Jane-Eyre story, SLOANE HALL, set in old Hollywood, has been praised as "An original story with complex character development...(Sternberg) knows how to tell a story and she does it well....a refreshing tale." Carolyne Van Der Meer, Bronte Studies journal Her website is at www.LibbySternberg.com --This text refers to the paperback edition.

3.8 out of 5 stars
3.8 out of 5
6 customer ratings
How does Amazon calculate star ratings?
Amazon calculates a product’s star ratings based on a machine learned model instead of a raw data average. The model takes into account factors including the age of a rating, whether the ratings are from verified purchasers, and factors that establish reviewer trustworthiness.
Top reviews

Kindle Customer
5.0 out of 5 stars After The War: A Read to Remember!
Reviewed in the United States on June 5, 2013
Verified Purchase
I've been a fan of Libby Sternberg's writing for a while now and waited eagerly for her latest book, After the War, to be published. I figured I had a lot in common with the characters. I grew up during World War II and I've been a sister for 50+ years. However, reading the novel took me far beyond these coincidences. The book is, first and foremost, a good story. While at first glance, it seems to be Sister's story, it is actually the combined and interrelated story of all of the main characters--something that is difficult to pull off but which Sternberg seems to do with ease.
I knew the author had a great gift for description. But After the War also convinced me that she also has the ability to get inside a character's mind--and to bring the reader along with her. The characters in After the War were so diverse yet the interplay among Sister, Fr. Al, Paula, Kate,and Aaron provides different interpretations and insights of single incidents, not only to the characters themselves but also to the reader.
Strong story line, diverse and well-developed characther..no matter how you look at it, After the War is a great read!
Read more
One person found this helpful
Helpful
Comment Report abuse

*TUDOR^QUEEN*
5.0 out of 5 stars RICHLY WOVEN STORY....A MASTERPIECE!
Reviewed in the United States on May 14, 2013
AFTER THE WAR  This is the first time in a long while I was moved to award a book all five stars. Set ten years after WWII, this story centers around a young nun who has not yet taken her final vows. She is hospitalized after a possible suicide attempt at her rectory. As the story unfolds, we come to know her immediate family, hospital medical staff and Chaplain. Each of these people have been affected in some way by the war. I was drawn to this book by its central character, Sister Francis Marie... or Margaret (her birth name). The mystery carries throughout the book as to what prompted Sister Francis Marie to take an overdose of her prescribed anxiety medication; she cannot remember. This event took place following the untimely death of her beloved younger sister, Rose. Her sister's death is particularly wrenching as a cure for Polio was found shortly thereafter. The reader is taken back in time to a very young Margaret's first entrance into the convent. The intake process, ceremonies, rules and customs of her religious order are quite fascinating to read about such as "The Rule," and "Grand Silence." Imagine having to decide whether to visit your gravely ill sister in the hospital or attend her funeral; those were the two choices available to Sister Francis Marie under "The Rule." Even looking in a mirror is forbidden as the sin of vanity. The early 1950s were a simpler time when getting pregnant meant you had to get married and you went to church on Sunday mornings. Before entering the convent, Margaret and her brother Karol both worked in the fine home of a lawyer as house cleaner and gardener respectively. Such employment was a necessity in hard financial times, yet they actually enjoyed the "work" as their hungry bellies were fed and the palatial surroundings were pleasant. Food was meager and life was spartan at home with their widowed Polish immigrant Mother.

Sister Francis Marie's sister-in-law Paula steals the show during most of the book with her fervent desire to please her husband. Heartily regretful that she hadn't exactly returned the "I love you" first uttered by her now husband Karol, Paula's mission is to keep trying to repair that by any means possible. One way is by being extra nice to his ailing and hospitalized sister. Heavily pregnant with child, Paula charmingly schemes to be baptized a Catholic by the hospital Chaplain as her husband is unaware of her non-Catholic status.

Although Father Al's (the hospital Chaplain) character has a story to tell as well, the book primarily is built upon the interwoven stories of Sister Francis Marie and Paula. This is a book you can lose yourself in and look forward to reading as its characters are so likeable and precious. Author Libby Sternberg has written the masterpiece of her career in this richly crafted tome.
Read more
3 people found this helpful
Helpful
Comment Report abuse

Kintra
4.0 out of 5 stars After the War by Libby Sternberg
Reviewed in the United States on May 18, 2013
In the summer of 1955, a young nun awakens in Johns Hopkins Hospital after suffering an overdose, unable to remember the events that brought her there. As she recovers, she becomes the center of quiet struggles among those who surround her: her brother, a former GI still stung by betrayal during his years of service; her sister-in-law, a beautiful woman seeking love at any price; her confessor, a Jesuit priest who lost everything during the bombing of London; her nurse, a war widow whose sunny optimism leads to repeated disappointment; and her doctor, a psychiatrist beset by survival guilt and doubts about his profession's ability to heal. This is the first novel I have read by Libby Sternberg. It is well written and a good read. The author has done excellent research into Catholic orders and practices, portraying a young Nun known to the reader as "Sister", whose faith and religion meant rigid adherence to a set of rules. All the "characters" who had in some way been affected by the war are to a greater or lesser extent, also adhering to their set of rules 'after the war'. I found this novel most absorbing sometimes disturbing but did not want to put it down. I was born at the outbreak of that war and can totally relate to the sentiments expressed in this excellent historical novel by Libby Sternberg. Can't wait to read some of her other books.
Read more
One person found this helpful
Helpful
Comment Report abuse

labergerebasque
2.0 out of 5 stars Not As Good As It Could Have Been
Reviewed in the United States on May 14, 2013
You know how a good basic product (meat, piece of fish, a dress) loses itself in too many spices or lace? This is what went wrong with this book. The basic story is good, but there is too much going on without proper character "evolution". It would have been great writing served with just a little bit of salt (as good primary products usually are) or less "lace".
I wanted it to end and then regreted that it wasn't as good as it could have been.
Read more
2 people found this helpful
Helpful
Comment Report abuse

Kindle Customer
4.0 out of 5 stars After The War
Reviewed in the United States on May 14, 2013
I won this book through Library Thing early reviewers. I enjoyed the book. I did find it at times hard to follow with all the character changes. However still a good read.
Read more
Helpful
Comment Report abuse

Avigdor
3.0 out of 5 stars Three Stars
Reviewed in the United States on July 19, 2015
Tried to develop too many ideas.
Read more
Helpful
Comment Report abuse
See all reviews from the United States