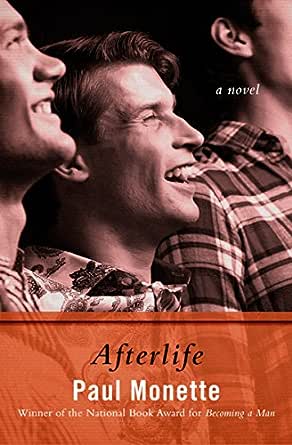 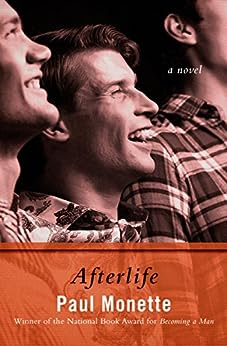 Having told the highly praised story of his lover's death in Borrowed Time , Monette portrays the anguish of AIDS survivors in this sad and moving novel. Travel agent Steven Shaw has been holding weekly gatherings for AIDS widowers, but he "can't take care of them anymore." Unfortunately, however, he is put in situations that require him to do just that, while simultaneously wrestling with his grief and fear of death. Widower Dell Espinoza requires particular attention; his threats to pour AIDS-tainted blood in a public reservoir and his vandalism of an anti-gay ministry have made him a fugitive. Meanwhile, oversexed Sonny is perpetually searching for a new "oasis." Far more serious-minded, Steven seeks a relationship with a TV producer, realizing that all he can hope for is a day-to-day existence with his lover. A heterosexual woman in his employ shows that there is hope for kindness in the sea of homophobia, but Dell doesn't see it that way, and meets a tragic, if predictable, demise. Sonny finds a strange, but strangely plausible, resolution to his obsession--whose details may put off straight readers. Nonetheless, the story rings poignantly true.
Copyright 1990 Reed Business Information, Inc. --This text refers to an alternate kindle_edition edition.

After dealing with the subject of AIDS autobiographically in Borrowed Time (LJ 8/88, and an LJ "Best Book of 1988") and through poetry in Love Alone ( LJ 4/1/88), Monette turns to fiction. Three men lose lovers to AIDS in the same week and hospital, creating a bond via their common grief and their own AIDS-positive status. Steven withdraws from life, making it difficult to connect with the new love being offered in the person of Mark. Dell is full of rage and plots against a homophobic evangelist. Sonny, the golden boy, simply denies both his grief and his illness, trusting in New Age mysticism to save him. The portrayals of Dell and Sonny border on caricature, but Steven's slow journey to wholeness is as satisfying and real as fiction can get. Highly recommended.
-James E. Cook, Dayton & Montgomery Cty. P.L., Ohio
Copyright 1990 Reed Business Information, Inc. --This text refers to an alternate kindle_edition edition.

Paul Monette (1945–1995) was an author, poet, and gay rights activist. Born in Massachusetts and educated at Yale University, he moved with his partner Roger Horwitz to Los Angeles in 1978 and became involved in the gay rights movement. Monette’s writing captures the sense of heartbreak and loss at the center of the AIDS crisis. His first novel, Taking Care of Mrs. Carroll, was published in 1978, and he went on to write several more works of fiction, poetry, and memoir. Borrowed Time: An AIDS Memoir, the tender account of his partner’s battle with the disease, earned him both PEN Center West and Lambda Literary Awards. In 1992, Monette won the National Book Award in Nonfiction for Becoming a Man: Half a Life Story, an autobiography detailing his early life and his struggle with his sexuality. Written as a classic coming-of-age story, Becoming a Man became a seminal coming-out story. In 1995, Monette founded the Monette-Horwitz Trust, which honors individuals and organizations working to combat homophobia. Monette died in his home in West Hollywood in 1995 of complications from AIDS.
--This text refers to an alternate kindle_edition edition.

“An affecting novel of gay mid-life in the epoch of AIDS. Monette’s prose has an engrossing, loose fluency.” —The Los Angeles Times

“An entertainment with humanity and wisdom at its core and something close to slapstick around its edges . . . Both somber and joyous, real and celebratory . . . This is a book that has every right to be read by more than just the men who have lived it.” —LA Weekly


--This text refers to an alternate kindle_edition edition.
Read more