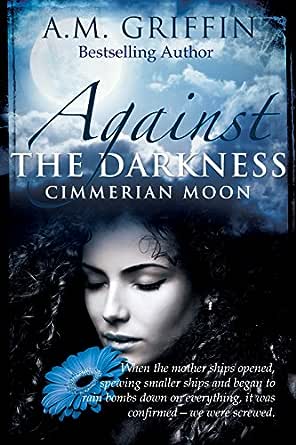 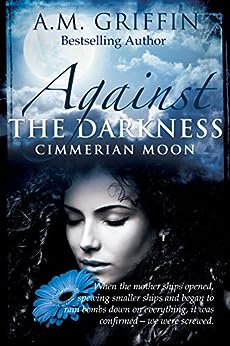 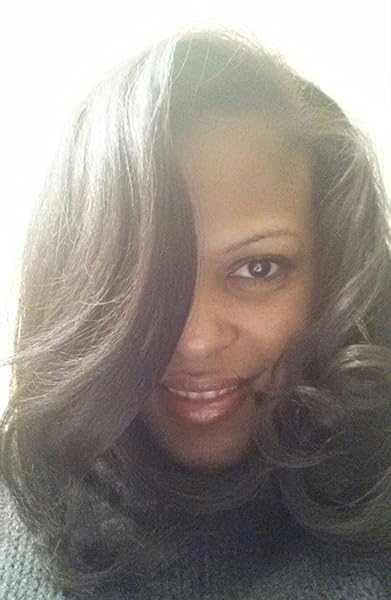 A. M. Griffin is a wife who rarely cooks, mother of three, dog owner (and sometimes dog owned), a daughter, sister, aunt and friend. She’s a hard worker whose two favorite outlets are reading and writing. She enjoys reading everything from mystery novels to historical romances and of course fantasy romance. She is a believer in the unbelievable, open to all possibilities from mermaids in our oceans and seas, angels in the skies and intelligent life forms in distant galaxies. --This text refers to the paperback edition.

4.1 out of 5 stars
4.1 out of 5
14 customer ratings
How does Amazon calculate star ratings?
Amazon calculates a product’s star ratings based on a machine learned model instead of a raw data average. The model takes into account factors including the age of a rating, whether the ratings are from verified purchasers, and factors that establish reviewer trustworthiness.
Top reviews

Tracey G. Hopper
5.0 out of 5 stars Fantastic new YA series
Reviewed in the United States on June 11, 2014
Verified Purchase
I have read Dangerously Yours, Dangerously Mine, and Dangerously Hers by A.M Griffin and loved them all. When i saw that she had a YA novel coming out I was excited and bought it upon release. The story begins with a teenage girl named Sinta resisting a band camp trip and from there all hell literally breaks loose. Aliens have envaded Earth and are kidnapping or killing humans. Our heroes are a ragtag band of teenagers attempting to find their way home. The book has action, adventure, aliens, and a gorgeous hero what more could you ask for. Can not wait for the sequel.
Read more
Helpful
Comment Report abuse

Denise Z
4.0 out of 5 stars Action and adventure in a dystopian setting with a taste of syfy.
Reviewed in the United States on September 12, 2014
What could possibly be worse than being packed off to band camp well past the expiration date of your interest? How about being packed off to band camp and being stranded hundreds of miles from home during an alien invasion? Yep that just might push you over to an "I never should have gotten out of bed today" attitude and where Sinta Allen finds herself.

Against The Darkness is the first book in the Cimmerian Moon series and is told from a first person point of view. As the tale unfolds we follow Sinta, along with her fellow classmates who have all been virtually abandoned by the adult faculty with a rare exception, on their long journey home following an apocalyptic alien invasion of Earth.

The story is well written with believable world building and a group of high school students that must do some fast growing up to survive. It should be noted that while this is a YA adventure with plenty of action that is very well told, there are some graphic scenes that might not be appropriate for the younger reader.

Overall this is a pretty great syfy/dystopian read with lots of action that kept me turning the pages to find out what happens next. The story's conclusion is a bit open-ended setting the scene for the next installment while not reaching the epic proportion of throw the book at the wall cliffhanger.

I would recommend this book to those who enjoy a fun YA read with plenty of action and adventure in a dystopian setting and a taste of syfy thrown in the mix. I received this book from the author with a request for my honest review without any compensation whatsoever, other than the joy of reading a new book.

Kookie Krysp
3.0 out of 5 stars Likable heroine
Reviewed in the United States on October 4, 2014
I received a free copy of this book via Xpresso Book Tours in exchange for an honest review.

There a was a lot to like about this story. The main character, Sinta was a very great representation of a teenage girl. She was mature, but childish, understanding, but moody, and brave but afraid. I usually like it when characters are as multidimensional as Sinta, but for some reason in this book all her different qualities just made me shift between liking and disliking her. It was mostly the moodiness that bugged me. It was the end of the world, and she was dealing with some serious thing, but I just couldn’t put up with her mood shifts. She would go from being angry that the planet had been invaded, to sad that she wasn’t with her mom, to annoyed because her friend Ian said something stupid; and all of these emotional changes would happen in a matter of moments. I get what the author was trying to do. This was a sometimes heroic girl who was not a true heroine yet. The point of the mood shifts seems to be to prove that although she would make a heck of a heroine some day, she was still a 17-year-old girl who had some growing up to do. I get the point of the moodiness, but it was still very annoying.

I liked Sinta a lot when she was focused on helping her friends, and making it home to her mom, I even liked her when she was putting her friend Ian in his place and cracking jokes with her best friend Mia. But as much time as she spent focusing on important things like survival she spent the same amount of time thinking about a boy, and that’s when she became less likable for me. There is a love triangle in this story, but depending on which synopsis you read of the book, it is pretty clear who Sinta is mostly interested in. Wade is the former chubby guy who has obviously been interested in Sinta for a long time. He protects her while the are both fighting to get back home to their families, and his feelings aren’t returned. This is what I dislike about most love triangles. Wade is amazing! He is kind, strong, loyal, and imperfect. He makes for a great leading man, and it would have been nice for the guy without the six pack abs to get the girl for once. I like Jason,the guy Sinta likes, but he is a much less interesting character to me than Wade.

Jason comes on the scene about 30% into the book. He saves Sinta and her group from some skeevy hillbillies and from that point on it’s “Wade who?”. Jason is described in the synopsis as a “bad boy”, and that’s part of the reason I chose to read this book. I love the bad boy. It may not be smart to date them in real life, but that doesn’t mean I can’t read about them. But Jason isn’t a bad boy at all. He’s a mildly spoiled, very bored frat boy. I have nothing against fraternities, but being in one doesn’t exactly make you a bad boy a bad boy. I think because he’s three years older than Sinta and has a difficult relationship with his dad, he’s supposed to be off limits, but the age difference isn’t big enough to really matter, and his dad may be a driven politician who tries to run his life, but he and his dad obviously love each other a lot. Jason didn’t have to be a bad boy, he was interesting and likable without that label. In fact it was his honor and bravery that made me like him. He was a good guy, but I was promised a bad boy so that’s what I wanted.

All in all, I think I would have enjoyed the romance in this book a lot more if either Wade or Jason had been deleted. I know love triangles are supposed to make the heroine seem more desirable, but I hate having to constantly compare one guy to another. I just want to fall in love along with the main character and not have to worry about the guy who’s heart is getting broken while she’s kissing his rival in front of him.

The aliens in the book were pretty good. I was disturbed by them, and that’s a good thing. I would have liked more details about the invasion, and it would have been nice to have more scenes that involved the aliens, but I like what I read.

I also like the fact that the main character was mixed, she had a black mother and a white father, and unfortunately there are few too many racially diverse characters like Sinta in books. Sinta’s entire background was a decent representation of a lot of families in this country. I’m not saying that I agree with he fact that her mother was her father’s mistress, because I absolutely don’t, but things like that happen. The messiness of her family made sense, and for some reason it was nice to read.

Despite my dislike for the love triangle, the book took some chances that I respected. There were too many clichés for my taste, but I’ve been reading more books like this lately so what is cliché to me could be refreshing and original to other readers. All in all, the story held my attention and provided some funny, sweet, and action packed moments I would recommend this book to anyone who wants to get started reading post apocalyptic sci-fi, and is in the mood for a likable and realistic heroine.
Read more
Helpful
Comment Report abuse
See all reviews from the United States

Ekprima
5.0 out of 5 stars wow! couldn't put down
Reviewed in the United Kingdom on June 6, 2014
Verified Purchase
First of the series and it's got me hooked. If you've read the dangerously yours series, this is another take on the invasion. This time a young girl is trapped and separated from her mum. She does everything to get back to her mum. I really enjoyed Sinta's story, so much that it kept me awake just to finish it. It's a story of surviving and learning to fight back. I wish the whole series was finished but that is me hungry for more. Highly recommend for YA and every other person.
Read more
Helpful
Sending feedback...
Thank you for your feedback.
Sorry, we failed to record your vote. Please try again
Report abuse