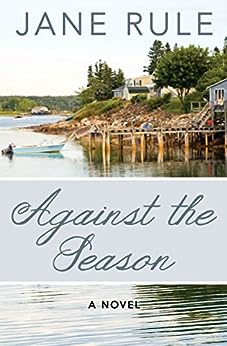 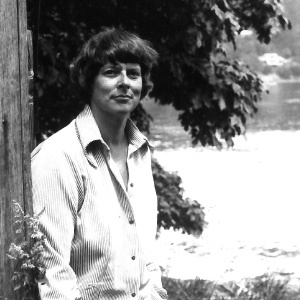 Against the Season: A Novel Kindle Edition

by Jane Rule (Author) Format: Kindle Edition
See all formats and editions
Sorry, there was a problem loading this page. Try again.
A decades-spanning novel of sisterhood and family secrets from an “extraordinary writer” (Katherine V. Forrest).
Born lame, Amelia Larson lives in the house that has been in her family for generations. Now she has a decision to make: Should she honor the dying wish of her sister, Beatrice, to burn her diaries? There are sixty-nine in all: one journal for each year of Beatrice’s life since the age of six. Beginning in 1913 and traversing World War I and beyond, the diaries become a moving counterpoint to Amelia’s life as they unpeel layers of family history. As the past starts to impinge on the present, her relations—then and now—come to vivid life. Told from alternating points of view, Against the Season opens an illuminating window into small-town life. As the sins and secrets of a family are revealed through the sometimes-faulty lens of memory, it is a story about the seasons of life and the ties that bind us even beyond death.
Read more
Previous page
Next page

“[Jane Rule was an] extraordinary writer—perhaps the most significant lesbian fiction writer of the 20th century.” —Katherine V. Forrest, author of Curious Wine

Jane Rule (1931–2007) was the author of several novels and essay collections, including the groundbreaking lesbian love story Desert of the Heart (1964),which was made into the feature film Desert Hearts. She was inducted into the Order of Canada in 2007. Born in New Jersey, Rule moved to Canada in 1956, and lived on Galiano Island, British Columbia, until her death at the age of seventy-six.

Jane Rule (1931–2007) was the author of several novels and essay collections, including the groundbreaking lesbian love story Desert of the Heart (1964), which was made into the feature film Desert Hearts. She was inducted into the Order of Canada in 2007. Born in New Jersey, Rule moved to Canada in 1956, and lived on Galiano Island, British Columbia, until her death at the age of seventy-six.

norma
3.0 out of 5 stars Don't give up if it seems too confusing at the beginning. Most everything is explained and it all comes together in the end.
Reviewed in the United States on February 10, 2018
Verified Purchase
Interesting. Easy read. Would have liked more background in the beginning on some of the main characters. Confusing at times trying to figure out the background and motivation of the characters.
Read more
Helpful
Report abuse

Kindle Customer
1.0 out of 5 stars One of the dumbest books I've ever read
Reviewed in the United States on August 22, 2017
Verified Purchase
I VERY rarely give one star reviews, but I really feel compelled to on this one. Perhaps I am missing something or am just not intellectual enough to appreciate this, but I am upset with myself for being dumb enough to buy it and then read it. I thought the plot and characters were extremely shallow and I disliked most of them and just felt neutral about the others. Someone else might like it but I didn't.
Read more
Helpful
Report abuse

Bent Lady
5.0 out of 5 stars Still one of my favorites after 20 years.
Reviewed in the United States on February 12, 2007
About a collection of characters, men and women of all types, in a smallish New England town. All of them connected through their relationship with the elderly Amelia Larson, one of the town's surviving matriarchs.

This story was set in a time when people still had to take responsibility for their own actions. And even though two of the main characters are lesbos (I can say that...*I'm* a lesbo), this book is definitely NOT PC. So if you're a liberal, you might want to stick to Alice Walker.

This book will make you *feel*. Some things have been lost in our modern society. Things like honor, integrity, a sense of duty, loyalty, morality. Those things we lost are in this book. Get out the tissue.

Because of the tone of the book, I would recommend it to anyone except leftist Democrats/Socialists. (Like I said, it is set during a time in the U.S. when folks had to take responsibility for their own actions.)

[...]....
Read more
9 people found this helpful
Helpful
Report abuse
See all reviews
Back to top
Get to Know Us
Make Money with Us
Amazon Payment Products
Let Us Help You
EnglishChoose a language for shopping. United StatesChoose a country/region for shopping.
© 1996-2021, Amazon.com, Inc. or its affiliates