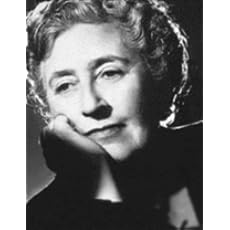 Agatha Christie was born in 1890 and created the detective Hercule Poirot in her debut novel, The Mysterious Affair at Styles (1920). She achieved wide popularity with The Murder of Roger Ackroyd (1926) and produced a total of eighty novels and short-story collections over six decades.
Read more 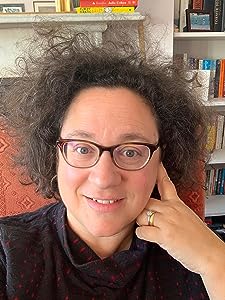 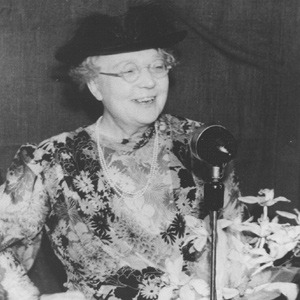 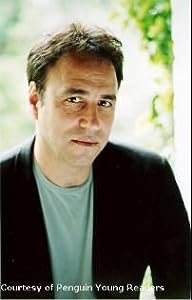 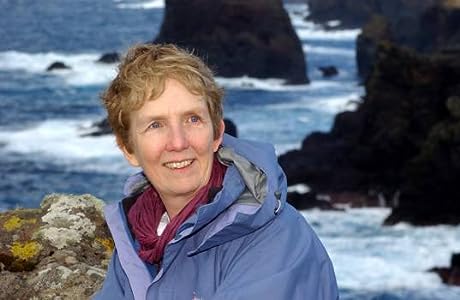 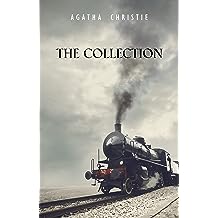 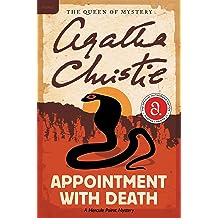 Appointment With Death: Hercule Poirot Investigates (Hercule Poirot series Book 19) Jan 25, 2005
by Agatha Christie
( 489 )
$1.99
Hercule Poirot may be on vacation, but a killer isn't. The victim's a hateful tourist despised even by her own children. For the guests at the resort hotel, sympathies are with the murderer, which means a tough job for the Belgian detective.
Read more
Other Formats: Kindle , Audible Audiobook , Library Binding , Paperback , Mass Market Paperback , MP3 CD , Multimedia CD 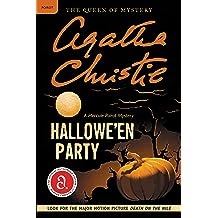 When a Halloween Party turns deadly, it falls to Hercule Poirots to unmask a murderer in Agatha Christie’s classic murder mystery, Hallowe’en Party.

At a Halloween party, Joyce—a hostile thirteen-year-old—boasts that she once witnessed a murder. When no one believes her, she storms off home. But within hours her body is found, still in the house, drowned in an apple-bobbing tub.

That night, Hercule Poirot is called in to find the `evil presence'. But first he must establish whether he is looking for a murderer or a double-murderer...
Read more
Other Formats: Kindle , Audible Audiobook , Hardcover , Paperback , Mass Market Paperback , Audio CD 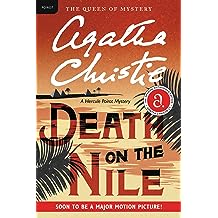 Soon to be a major motion picture sequel to Murder on the Orient Express with a screenplay by Michael Green, directed by and starring Kenneth Branagh alongside Gal Gadot and Armie Hammer!

Beloved detective Hercule Poirot embarks on a journey to Egypt in one of Agatha Christie’s most famous mysteries.

The tranquility of a luxury cruise along the Nile was shattered by the discovery that Linnet Ridgeway had been shot through the head. She was young, stylish, and beautiful. A girl who had everything . . . until she lost her life.

Hercule Poirot recalled an earlier outburst by a fellow passenger: “I’d like to put my dear little pistol against her head and just press the trigger.” Yet under the searing heat of the Egyptian sun, nothing is ever quite what it seems.

A sweeping mystery of love, jealousy, and betrayal, Death on the Nile is one of Christie’s most legendary and timeless works.

“Death on the Nile is perfect.” —The Guardian

“One of her best. . . . First rate entertainment.” —Kirkus Reviews 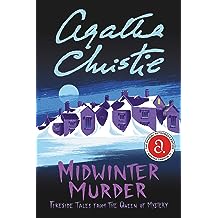 An all-new collection of winter-themed stories from the Queen of Mystery, just in time for the holidays—including the original version of “Christmas Adventure,” never before released in the United States!

There’s a chill in the air and the days are growing shorter . . . It’s the perfect time to curl up in front of a crackling fire with these wintry whodunits from the legendary Agatha Christie. But beware of deadly snowdrifts and dangerous gifts, poisoned meals and mysterious guests. This chilling compendium of short stories—some featuring beloved detectives Hercule Poirot and Miss Marple—is an essential omnibus for Christie fans and the perfect holiday gift for mystery lovers.

“Agatha Christie [is] the maestro of murder tales.” —People 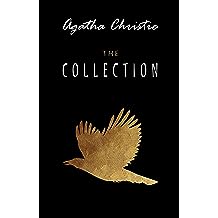 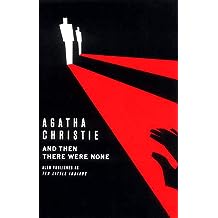 And Then There Were None Nov 14, 2020
by Agatha Christie
( 9,374 )
$3.00
First, there were ten—a curious assortment of strangers summoned as weekend guests to a little private island off the coast of Devon. Their host, an eccentric millionaire unknown to all of them, is nowhere to be found. All that the guests have in common is a wicked past they're unwilling to reveal—and a secret that will seal their fate. For each has been marked for murder. A famous nursery rhyme is framed and hung in every room of the mansion:

When they realize that murders are occurring as described in the rhyme, terror mounts. One by one they fall prey. Before the weekend is out, there will be none. Who has choreographed this dastardly scheme? And who will be left to tell the tale? Only the dead are above suspicion.

One of the most famous and beloved mysteries from The Queen of Suspense—Agatha Christie—now a Lifetime TV movie.

"Ten . . ."
Ten strangers are lured to an isolated island mansion off the Devon coast by a mysterious "U. N. Owen."

"Nine . . ."
At dinner a recorded message accuses each of them in turn of having a guilty secret, and by the end of the night one of the guests is dead.

"Seven . . ."
Which among them is the killer and will any of them survive?

Review
“There is no cheating; the reader is just bamboozled in a straightforward way from first to last….The most colossal achievement of a colossal career. The book must rank with Mrs. Christie’s previous best―on the top notch of detection.” -- New Statesman (UK)

“The most astonishingly impudent, ingenious and altogether successful mystery story since The Murder of Roger Ackroyd.” -- Daily Herald (UK)

“The whole thing is utterly impossible and utterly fascinating. It is the most baffling mystery Agatha Christie has ever written.” -- New York Times

“One of the most ingenious thrillers in many a day.” -- Time magazine

“What Agatha Christie taught me was all about the delicate placement of the red herring. She was the ultimate genius behind ‘by indirections shall we find directions out.’ ” -- Elizabeth George, New York Times bestselling author of the Inspector Lynley novels

“One of the very best, most genuinely bewildering Christies.” -- The Observer (UK)

Amazon.com Review
Considered the best mystery novel ever written by many readers, And Then There Were None is the story of 10 strangers, each lured to Indian Island by a mysterious host.
Read more
Other Formats: Kindle , Audible Audiobook , Hardcover , Paperback , Mass Market Paperback , Audio CD , Multimedia CD 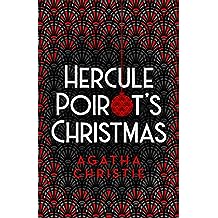 Christmas Eve, and the Lee family's reunion is shattered by a deafening crash of furniture and a high-pitched wailing scream. Upstairs, the tyrannical Simeon Lee lies dead in a pool of blood, his throat slashed.

When Hercule Poirot offers to assist, he finds an atmosphere not of mourning but of mutual suspicion. It seems everyone had their own reason to hate the old man. .
Read more
Other Formats: Kindle , Audible Audiobook , Hardcover , Paperback , Mass Market Paperback , Audio CD 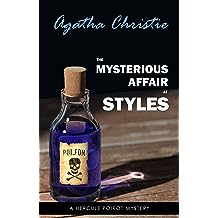 The Mysterious Affair at Styles Nov 23, 2020
by Agatha Christie
( 3,619 )
$1.99
Poirot, a Belgian refugee of the Great War, is settling in England near the home of Emily Inglethorp, who helped him to his new life. His friend Hastings arrives as a guest at her home. When the woman is killed, Poirot uses his detective skills to solve the mystery. The first book of the "Hercule Poirot" series, The Mysterious Affair at Styles is a masterpiece of mystery and a must-have for all who love a great story!
Read more
Other Formats: Kindle , Audible Audiobook , Hardcover , Paperback , Mass Market Paperback , MP3 CD , Board book 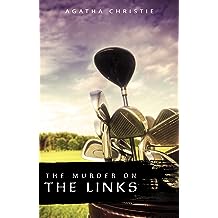 The Murder on the Links Nov 23, 2020
by Agatha Christie
( 1,630 )
$1.99
On a French golf course, a millionaire is found stabbed in the back…
An urgent cry for help brings Poirot to France. But he arrives too late to save his client, whose brutally stabbed body now lies face downwards in a shallow grave on a golf course.
But why is the dead man wearing his son’s overcoat? And who was the impassioned love-letter in the pocket for? Before Poirot can answer these questions, the case is turned upside down by the discovery of a second, identically murdered corpse…
Read more
Other Formats: Kindle , Audible Audiobook , Hardcover , Paperback , Mass Market Paperback , MP3 CD 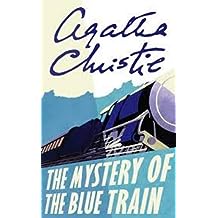 The Mystery of the Blue Train (Hercule Poirot #6) Nov 18, 2020
by Agatha Christie
( 686 )
$2.99
A mysterious woman, a legendary cursed jewel, and a night train to the French riviera -- ingredients for the perfect romance or the perfect crime? When the train stops, the jewel is missing, and the woman is found dead in her compartment. It's the perfect mystery, filled with passion, greed, deceit. And Hercule Poirot is the perfect detective to solve it...
Read more
Other Formats: Audible Audiobook , Hardcover , Paperback , Mass Market Paperback , Audio CD , Textbook Binding 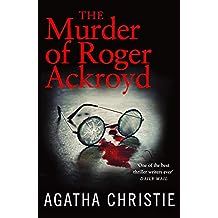 The Murder of Roger Ackroyd Nov 11, 2020
by Agatha Christie
( 3,343 )
$3.00
The Murder of Roger Ackroyd is a work of detective fiction by Agatha Christie, first published in June 1926 in the United Kingdom by William Collins, Sons and in the United States by Dodd, Mead and Company. It is the third novel to feature Hercule Poirot as the lead detective.
Read more
Other Formats: Kindle , Audible Audiobook , Hardcover , Paperback , Mass Market Paperback , MP3 CD