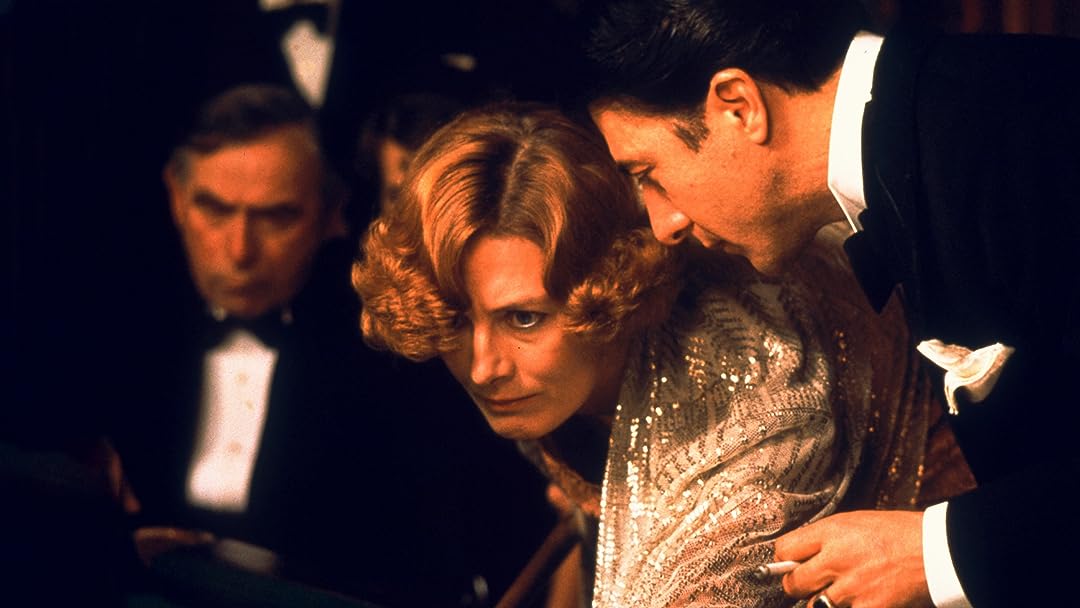 (463)
6.21 h 38 min1979PG
What really happened to mystery writer Agatha Christie when she vanishedfor 11 days in 1926? Dustin Hoffman and Vanessa Redgrave star in thisingenious solution to an enduring mystery.

Watch with BritBox
Start your subscription
Add to
Watchlist
By ordering or viewing, you agree to our Terms. Sold by Amazon.com Services LLC.
Write review

David E. BaldwinReviewed in the United States on December 10, 2017
5.0 out of 5 stars
Captivating Romantic Mystery
Verified purchase
For a period of eleven days in 1926 famed British murder mystery writer Agatha Christie mysteriously disappeared. Director Michael Apted, better known for the compelling "Up" documentary films and "Coal Miner's Daughter", offers a speculative account of what may have happened. As our film opens Agatha's (Vanessa Redgrave) heartlessly cruel British colonel husband, Archie (Timothy Dalton), coldly demands a divorce from her so he can marry his secretary. Without scandal, of course, to avoid damage to his family's good name and reputation. Heartbroken, Agatha races away in her auto and experiences an accident in the deserted woods. Unscathed, she takes a train to Harrogate and checks into a health spa there under an assumed name for an indeterminable number of days. Meanwhile the constabulary and the paparazzi of the day fear the worst and dredge the area of the crash. Also on her trail is a dogged self-described hack American yellow journalist, Wally Stanton (Dustin Hoffman) whose intentions prove to be nobler than what one might expect. I would describe this film as a poignant unrequited romance with mystery elements that would satisfy Christie's most ardent fans. Both Redgrave and Hoffman are equally superb here demonstrating a kinetic chemistry, daresay a certain eroticism, that is palpable. Dalton's turn as the ruthless cad will send chills down your spine. This film is quite tasteful and suitable for mature audiences with just some incidental health spa nudity. I'm not a fan of the murder-mystery genre but I was quite enthralled by this film. Hoffman would win the Oscar for a performance in a film released later that year, "Kramer vs. Kramer", that was inferior to the one he delivers here. For that matter "Agatha" is far superior to that forgettable film that inexplicably won Best Picture in 1979. I saw this film on it's initial release a few weeks shy of my sixteenth birthday and it kind of underperformed at the box office considering the star power involved. I went to see it on the basis of the fact it starred the dude from "The Graduate" which I saw numerous times in truncated form on UHF. I didn't really appreciate this film at the time because for want of a better word I was a little immature to appreciate a film that was about the mysteries of the human heart.
18 people found this helpful

Kenneth ShriverReviewed in the United States on March 14, 2022
5.0 out of 5 stars
Great movie
Verified purchase
I am a Agatha Christie fan. It deal with a period in her life where she went missing for 11 days. She never talked about where or why she decided to go missing but her husband certainly did not treat her with respect. She had to get away from it all and take time off to settle her mind. Vanessa Redgrave, Dustin Hoffman and Timothy Dalton were excellent in the movie and although fiction, it just may have happened close to what the movie suggested.
One person found this helpful

JulieReviewed in the United States on June 21, 2021
5.0 out of 5 stars
Good Movie. Nice Love Story. Worth a Watch.
Verified purchase
This is a really good movie. The era is well represented. A very tasteful and classy film. It’s important to keep in mind it is not a documentary, but rather a fictitious account of a scenario that could have occurred. It works well to not interfere with history. The story unfolds nicely. The ending is, in my opinion a triple surprise. Ms. Redgrave and Mr. Hoffman give delightful performances. Truly a fine piece of artwork. It is surprising that this is such a hidden film. Ms. Redgrave does a wonderful job with her character. The love story that unfolds and is played out by Mr. Hoffman is beautifully romantic and enchantingly believable. He has a true talent for these roles. It’s a pity he doesn’t play a romantic lead in more of his films. It is definitely worth a watch.
One person found this helpful

Richard HarrisonReviewed in the United States on March 19, 2022
5.0 out of 5 stars
Vanessa Redgrave together with Dustin Hoffman and Agatha Christie .. What could be better!
Verified purchase
This film is about an incident in Agatha Christie's life when she went missing for several weeks.
The film recreates the time period beautifully. Redgrave is luminous and Hoffman's American columnist
is a great counterpoint to the Christie character.

Big MommaReviewed in the United States on November 1, 2020
2.0 out of 5 stars
Mismatched
Verified purchase
Agatha and her husband seem a mismatch on their way to inevitable divorce, although they may have been smitten at the beginning of their relationship and the actors playing these roles had a relationship at one time in real life. But more than that, Agatha and another character, Wally Stanton, seem like they belong to different species. A willowy pale English woman, well educated, articulate, and reserved + a short dark American who chews on his words and speaks with a deep nasal voice whilst behaving dangerously like a stalker does not = love.

Dustin Hoffman was probably the wrong choice for the role of Wally, and probably knew it. The story is intriguing but not exciting enough to compensate for these casting mistakes. It still surprises me that Agatha was so completely prepared with wardrobe and money - in the days before credit cards and identity theft - that she hoped to pull off the short con portrayed in this movie. In real life, I imagine she stayed in bed for days while hiding out. Here, she played and indulged in health and beauty treatments, all the while within spitting distance of her nemesis, her husband's mistress. While using the same last name with a particular spelling that anyone would notice.

This all got by audiences. Those were the days. Such errors are excused today if you throw enough CGI in the audience's laps.

RWBReviewed in the United States on March 17, 2022
3.0 out of 5 stars
Questionable casting
Verified purchase
I was thrown off by the height or lack there of in the characters. Agatha appears 6ft tall and nothing like I imagined her to be.

Belle BabetteReviewed in the United States on November 2, 2020
5.0 out of 5 stars
Almost A Romance...
Verified purchase
Vanessa Redgrave, plays Agatha and Dustin Hoffman, plays the newspaper reporter who realizes there is much more to Agatha, than meets the eye. These two play off each other very well, creating a quite nice movie. Timothy Dalton, who portrays Agatha's husband, is almost too handsome and plays his role excellently. Agatha, after her car accident, disappears, for several days and the story, portrayed is quite intriguing. Vanessa Redgrave portrays her true broken heart, so well, over her husband's affair with his secretary. This is very well known, today, of course, but not back then, until later. My own heart ached for Dustin's character, however, because he helped Agatha to save herself with true love.

E. MacomberReviewed in the United States on February 15, 2004
4.0 out of 5 stars
A Movie Sadly Lost Like Agatha Herself..
Verified purchase
I want to counter one review here. I had seen this movie when it first came out. It DID NOT do well in the box office, BUT! This movie was beautifully filmed with excellent focus adjustments that mirrored the "mystery" that never took place, but could have. I also want to say that if anyone "falls asleep" at the beautiful music of Johnny Mandel, especially the closing title song "Close Enough for Love" then they think 50 cent is a gospel singer (By the way it has been recorded by more great singers and jazz artists than almost any song of Mandel's since the Shadow of Your Smile). This is first rate fiction and while Hoffman's character is almost plastic in its portrayal, Redgrave's and Dalton's is first rate. This one will disappear into obscurity, evidenced by its lack of DVD availablility.I am afraid, like so many movies that we are now trying to pull from the celluliod graveyard, it will be re-discovered way too late. You need to grab this one and remember the choice is yours a "cigarette or a kiss."
17 people found this helpful
See all reviews
Back to top
Get to Know Us
Make Money with Us
Amazon Payment Products
Let Us Help You
EnglishChoose a language for shopping. United StatesChoose a country/region for shopping.
© 1996-2022, Amazon.com, Inc. or its affiliates