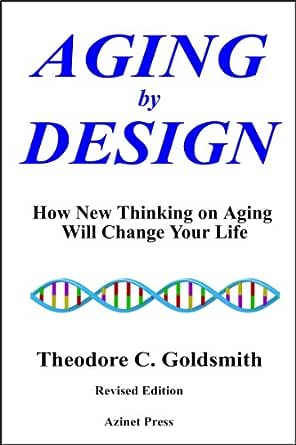 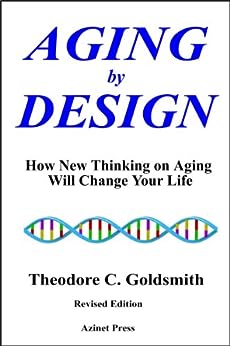 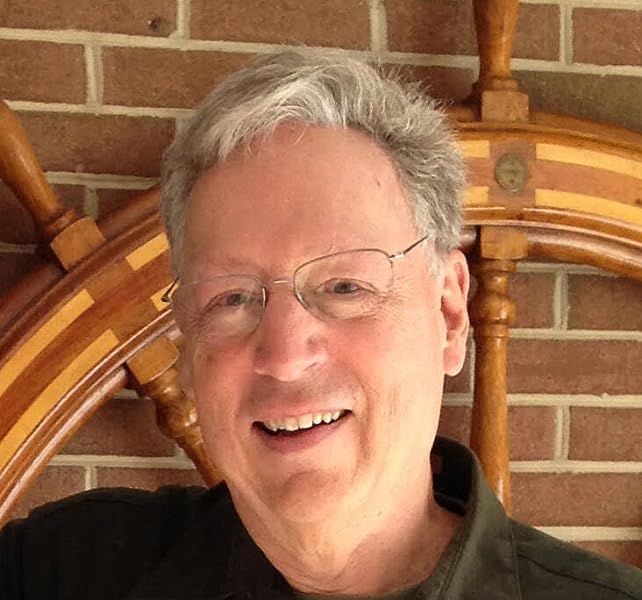 Aging by Design: How New Thinking on Aging Will Change Your Life Kindle Edition

3.7 out of 5 stars
3.7 out of 5
26 global ratings
How are ratings calculated?
To calculate the overall star rating and percentage breakdown by star, we don’t use a simple average. Instead, our system considers things like how recent a review is and if the reviewer bought the item on Amazon. It also analyzes reviews to verify trustworthiness.
Top reviews

S. Northover
4.0 out of 5 stars We are Programmed to Age
Reviewed in the United States on February 13, 2018
Verified Purchase
I picked this up on a whim. I had created a website where my two main interests involve restoring health and maintaining health. Within restoring health I have a category called aging/anti-aging. This book was the first of several I planned to read to help me "get up to speed". I am very glad I got it.

The author helped me to come to grips with two different theories of aging and death. My terms for the two theories are 1) Built-in and 2) Wear and Tear. The author calls them Programmed and Non-programmed. I prefer my terms.

I am old enough that I learned the wear and tear explanation for why we age and die. As a result of reading T. Goldsmith's book, I have come to the conclusion that Built-in makes more sense. I think the truth may be a combination of the two. We experience wear and tear throughout our lives. The built-in mechanisms including aging genes and hormone signaling tell our bodies when to slow down repair.

I recommend this book to anyone interested in aging. I cannot imagine why that does not include everyone.

Phil Calandra
3.0 out of 5 stars Analysis of the Various Theories of Aging
Reviewed in the United States on March 1, 2013
Verified Purchase
This is a very complicated book that investigates the nature of biological aging. The theories presently fall into two categories programmed aging and non-progammed aging which describes the body's inability to combat the deterioration process. The book argues that programmed aging is the preferred theory amongst modern scientists in contrast to those theories promulgated by previous and more senior scientists such as Darwin, Medawars, Williams and others. I don't believe the reader has an "eureka" moment in reading this book. There seems to be such conjecture in the formulation of these theories that there really doesn't seem to be any "smoking gun" or convincing theory beyond any reasonable doubt. As aforementioned, this is a very difficult book which is probably better geared to those readers with a scientific background. I am not sure that the average reader will benefit from this book; however, the author provides a very complete bibliography for further study and review of this very interesting subject.
Read more
2 people found this helpful
Helpful
Report abuse

Alexander
5.0 out of 5 stars Death, Thou Shalt Die
Reviewed in the United States on January 9, 2014
Verified Purchase
Goldsmith shows us why alternatives to the programmed theory of aging, which are unfortunately still entrenched in academia, but thankfully dying off with their decrepit proponents, are wrong. It is a technical piece, but an intelligent person with a basic background in biology should not have no trouble understanding it. The wear and tear view of things seems like a natural contender, but it is directly contradicted by the different aging rates of different organisms as well as recent research into the ageless naked mole rat. It is deplorable how few resources are being put into anti-aging research. It simply doesn't draw as much attention as the fight against cancer or diabetes even though an elixir of immortality would undoubtedly be a cure for dozens of age-related diseases. Senescence is at the root of most sickness and certainly at the root of most death.
Read more
Helpful
Report abuse

Angel
5.0 out of 5 stars This books contains valuable information introducing programmed aging
Reviewed in the United States on December 26, 2015
Verified Purchase
This book contains arguments that show how evolution may have programmed us to age. Those arguments are contrasted favorably against the ideas that deny that we are programmed to age using reasoning about many facts related to aging.

I have found the information well exposed and very clear, requiring only basic knowledge about biology (e.g. what is a gene or what is gene expression).

I want to thank the author for offering this information so affordably.
Read more
Helpful
Report abuse

FJNanic
5.0 out of 5 stars Author-on-Author
Reviewed in the United States on July 21, 2013
Verified Purchase
The other day a friend of mine told me about his IQ test. He got 85. I thought it wasn't that bad, because it wasn't that far from 100. I had no idea that the minimum score is around 70. But I did find out that "college students who listened to 10 minutes of Mozart's Sonata for Two Pianos, showed an increase in IQ of 8 to 9 points on the spatial subtest on the Standford-Binet Intelligence Scale. The phenomenon was coined the Mozart effect."
At least listening to classical music was reported to increase spatial ability. They didn't say anything about rock, blues and hip-hop...
Then I stumbled upon the Death Rate World Map and saw that Mexico, Venezuela, Equador, Saudi Arabia, Israel, and a few others are the best looking countries. All the info got me thinking....And then it hit me!
Can New Thinking On Aging Change Your Life?
It could somewhat. But how to introduce a New Thinking other than tweeting it (considering it became the most popular way of sharing information that also appears to travel instantaneously in non-local arrangements such as quantum entanglement)?
Thus I go back to the same old: the speed of thought versus the speed of light. My first understanding of the speed of thought is people's gut instinct experiencing the world as it happens, with no lag between sensation and awareness. But it also takes a tenth of a second for a signal to travel down the nerve to the muscle--it takes longer for people to respond to a shock in the toe than to one at the base of the spine because the path to the brain is longer. How fast thoughts form then? "550-750 milliseconds, which is .550 -.750 seconds."
But that is the speed that comprehension happens. The nerve impulses themselves that form the thoughts "can travel as slow as 2 miles an hour up to 200 MPH."
On the other hand, light travels at "exactly 670,616,629 MPH in a vacuum."
Logically I concluded one needs a change at the speed of imagination--it just came to me.
Immediately, I knew it must have come to others as well, because "we're all in it together."
I Googled it and--yes, APPRECIATIVE INQUIRY: CHANGE AT THE SPEED OF IMAGINATION was already there.
As if with cameras, we were "shooting" the same idea, unbeknownst to each other, from wildly different angles and different times.
Read more
2 people found this helpful
Helpful
Report abuse
See all reviews