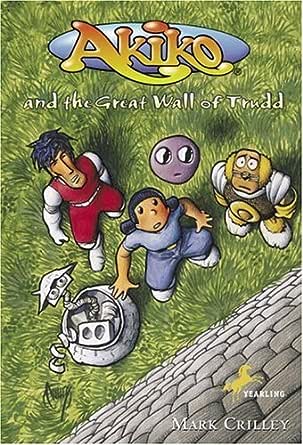 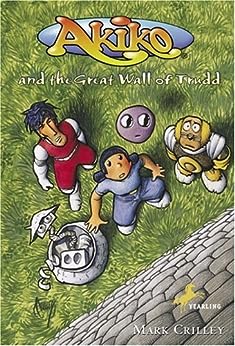 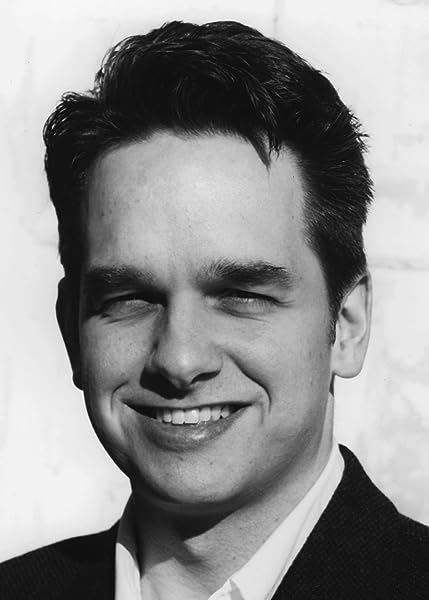 Akiko and the Great Wall of Trudd Kindle Edition

Akiko’s back! No longer simply a shy fourth-grade girl, she’s become an intergalactic leader, taking her band of would-be heroes on a quest to find a kidnapped prince! Fabulous illustrations interspersed throughout.

Gr 3-5-Japanese-American fourth-grader Akiko continues the interplanetary quest begun in Akiko on the Planet Smoo and Akiko in the Sprubly Islands (both Delacorte, 2000). With her odd assortment of companions, she is following Queen Pwip's instructions to find and rescue the lost prince Froptoppit. Based on a Japanese comic-book series, the episodic plot follows the company across the planet Smoo, as they encounter various weird creatures and strange obstacles. The book does not stand on its own, but takes up right where Islands left off. First, the adventurers have to surmount an enormous wall that stands across their path. Then they must cross a miles-long bridge with a long-abandoned restaurant in the middle. Throughout the story, they are warned of the coming of a mysterious villain; however, when he finally shows up, Akiko's disk-creature companion sends him away with little fuss. There is no plot resolution. The action simply stops abruptly-apparently to be continued in the next volume. The original graphic-novel format is reflected in the amusing black-and-white cartoons. The rivalry among the group members provides some humorous moments and the bizarre features of Smoo are intriguing. Akiko herself is a strong female character whose leadership holds her strange band together. However, this story will be confusing to readers unfamiliar with the previous books.-Elaine E. Knight, Lincoln Elementary Schools, IL

Fourth-grade Earthling Akiko and her extraterrestrial crew are nearing the end of their mission, and there’s nothing that can stop this band of intrepid rescuers. Or is there? Akiko, Mr. Beeba, Spuckler Boach, Gax, and Poog have faced many obstacles along the way, but now they are confronted by the biggest yet: the Great Wall of Trudd. Like the Great Wall of China, only bigger, this wall stretches across the landscape—there’s no way around it, under it, or through it. So Akiko and the gang will have to find a way to go over it! --This text refers to an out of print or unavailable edition of this title.

The road grew narrower and narrower, with patches of incredibly tall grass creeping in from either side. The sun was right in the middle of the sky, and the air was hot and very humid. It was pretty quiet, apart from the sound of our feet on the dirt road and some weird insect noises coming from deep in the grass. I felt as if

I were on a field trip or something back at the Middleton Nature Park, and I had to keep reminding myself that I was actually thousands of miles from Earth, walking along a little dirt road somewhere on the planet Smoo.

Spuckler Boach was out in front, leading the way, with his robot Gax rolling along behind him on his squeaky little wheels. Mr. Beeba and I followed, and Poog was floating in the air just above our heads.

"So tell us, Akiko," Mr. Beeba said, "what were you doing on the night Bip and Bop came to bring you here to the planet Smoo?"

"I was in my bedroom studying for a geography test," I replied, recalling all the weird stuff that had happened that night. The letter I'd received. The tapping sound on my window. The strange little spaceship floating outside, with the strange little men seated in it. It all seemed so long ago and far away. Well, it certainly was far away. Light-years away! But it really wasn't so long ago. Just a few days, as a matter of fact. With all the crazy stuff that had happened, though, it felt as if I'd been on the planet Smoo for months.

"Studying, eh?" Mr. Beeba said, sounding very pleased with me. "I had a feeling you were the academic sort, Akiko. Every spare moment with your nose in a book, eh? Keep it up and one day you could be an emissary of King Froptoppit, like me! You are planning to pursue a master's degree, I trust."

"You tell 'im, 'Kiko," Spuckler said enthusiastically, strutting along the road with his usual boundless energy. "You ain't no bookworm. I had ya pegged as an adventurer the minute I saw ya. I'll bet you were chompin' at the bit to get goin' just as soon as King Froptoppit told you about the Prince bein' kidnapped."

Ha! If Spuckler had seen how I had really reacted when I was asked to lead the Prince's rescue mission, he'd have had a very different first impression of me. Looking back, though, I felt glad that I'd been forced to stay on Smoo. For one thing, becoming friends with Spuckler and Mr. Beeba was fun, even if it meant spending a lot of time trying to keep them from driving each other crazy. Gax was really cool too. I mean, how many fourth-graders get to make friends with a robot? Then there was Poog. I turned and looked at him, his round purple body floating effortlessly in the air above me, his big black eyes sparkling in the midday sun. I knew that becoming friends with Poog was going to change my life forever.

"I don't know if I'd call myself an adventurer, Spuckler," I said at last. "But I've definitely had fun on this rescue mission so far. There's been some pretty scary stuff too. But plenty of fun in between."

"Now, don't rule out the idea of becoming an academic, Akiko," Mr. Beeba said, refusing to give up the idea. "Spending the day in a reference library can be every bit as adventurous as rescuing a kidnapped prince!"

Spuckler rolled his eyes and kept walking. --This text refers to an out of print or unavailable edition of this title.

Mark Crilley was raised in Detroit, Mich. After graduating from Kalamazoo College, he traveled to Taiwan and Japan, where he taught English. It was during his stay in Japan in 1992 that he created Akiko and the story of her journey to Smoo. --This text refers to an out of print or unavailable edition of this title.
Read more

J. Moore
5.0 out of 5 stars Akiko is awesome!
Reviewed in the United States on January 28, 2014
Verified Purchase
I have a 7 year old daughter who does not like girly things. When I began the Akiko series, she wasn't sure about it since it's about a girl. Now, having completed the second book of the series, she doesn't want to quit. In Trudd, Akiko rises to great challenges, meets great people, scary people, and really helpful people. She learns to conquer some fears and continues to offer great lessons in confidence for all children.
Read more
One person found this helpful
Helpful
Comment Report abuse

Amazon Customer
5.0 out of 5 stars Great Read!
Reviewed in the United States on January 7, 2013
Verified Purchase
Excellent author and illustrator! You will want to buy the next book in the set to find out what happens next. Happy reading!
Read more
Helpful
Comment Report abuse

Daniel V. Reilly
VINE VOICE
5.0 out of 5 stars The Quest Nears It's Conclusion.....
Reviewed in the United States on April 11, 2002
Continuing their quest to free the captured Prince Froptoppit, Akiko, Gax, Poog, Mr. Beeba, and Spuckler must get past one final obstacle: The huge Wall of Trudd. And waiting on the other side- Alia Rellapor and the mysterious Throck.....
Writer/Illustrator Mark Crilley continues to improve with each book, and this is the best one yet. The characters are great fun, and the situations they encounter are exciting, but nothing that would scare a younger reader. This would make a great bedtime story....
Make sure to check out the Akiko comics from Sirius Comics!

Chuck D.
5.0 out of 5 stars 4th grade daughter loves these books
Reviewed in the United States on May 2, 2015
She likes these a lot. I think it has to do with how detailed the author is with her descriptions.
Read more
Helpful
Comment Report abuse

An 11-year old reader
5.0 out of 5 stars Great Book!
Reviewed in the United States on August 6, 2001
I thought Akiko and the Great Wall of Trudd was one of the best books I've ever read. I love the series, and I hope for more. It's easy to read, and the characters are very interesting. My favorite characters are Gax and Spuckler, because Gax is a funny robot, and Spuckler is smart, strong and is kind of a ruffian.
Read more
One person found this helpful
Helpful
Comment Report abuse
See all reviews