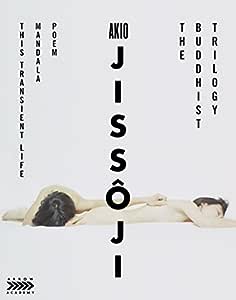 Akio Jissôji created a rich and diverse body of work during his five decades in Japan s film and television industries. For some, he is best-known for his science-fiction: the 1960s TV series Ultraman and 1998 s box-office success Tokyo: The Last Megalopolis. For others, it is his 1990s adaptations of horror and mystery novelist Edogawa Rampo, such as Watcher in the Attic and Murder on D Street. And then there are his New Wave films for the Art Theatre Guild, three of which This Transient Life, Mandara and Poem, forming The Buddhist Trilogy are collected here.

Winner of the Golden Leopard award at the 1970 Locarno Film Festival, This Transient Life is among the Art Theatre Guild s most successful and most controversial productions. The film concerns a brother and sister from a rich family who defy the expectations placed on them: he has little interest in further education or his father s business, instead obsessing over Buddhist statues; she continually refuses a string of suitors and the prospect of marriage. Their closeness, and isolation, gives way to an incestuous relationship which, in turn, breeds disaster.

Mandara, Jissôji s first colour feature, maintained the controversial subject matter, focussing on a cult who recruit through rape and hope to achieve true ecstasy through sexual release. Shot, as with all of Jissôji s Art Theatre Guild works, in a radically stylised manner, the film sits somewhere between the pinku genre and the fiercely experimental approach of his Japanese New Wave contemporaries.

The final entry in the trilogy, Poem, returns to black and white and is centred on the austere existence of a young houseboy who becomes helplessly embroiled in the schemes of two brothers. Written by Toshirô Ishidô (screenwriter of Nagisa Ôshima s The Sun s Burial and Shôhei Imamura s Black Rain), who also penned This Transient Life and Mandala, Poem continues the trilogy s exploration of faith in a post-industrial world.

4.8 out of 5 stars
4.8 out of 5
5 customer ratings
How does Amazon calculate star ratings?
Amazon calculates a product’s star ratings based on a machine learned model instead of a raw data average. The model takes into account factors including the age of a rating, whether the ratings are from verified purchasers, and factors that establish reviewer trustworthiness.
Top Reviews

Amazon Customer
5.0 out of 5 stars Arrow does it again
Reviewed in Canada on August 23, 2019
Verified Purchase
A must own set for fans of the japanese new wave and erotica
Read more
Helpful
Sending feedback...
Thank you for your feedback.
Sorry, we failed to record your vote. Please try again
Report abuse