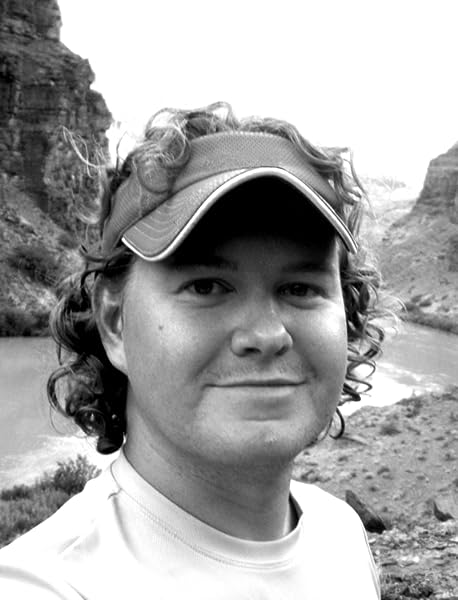 Gr 3–7—Hale returns to history in sequential art format, this time tackling the Alamo. Vicente Guerrero, Davy Crockett, Jim Bowie, and Stephen F. Austin lead the titular "all-star" cast in this tale of how an untamed land became Texas. In the early 1800s, Native Americans, the Mexican government, and settlers from other areas of the United States were fighting over the territory that would become the Lone Star state. Hale's vivid illustrations—rendered in black, white, and shades of gray, with tinges of yellow—and witty text tell the story, from Texas's near wilderness beginnings to the Battle of the Alamo and Gen. Sam Houston's ultimate victory over Gen. Antonio López de Santa Anna at the Battle of San Jacinto. Complete with maps, this title is far more effective in telling the complete history than a straightforward state history book. VERDICT With its balance of gifted storytelling and hard facts, this work will appeal to reluctant readers and fans of history alike. A must-have that will add value to any children's graphic nonfiction collection—John Trischitti, Midland County Public Libraries, TX

Nathan Hale is the #1 New York Times bestselling author and illustrator of the Nathan Hale’s Hazardous Tales series, which includes One Dead Spy; Donner Dinner Party; Treaties, Trenches, Mud and Blood; Big Bad Ironclad!; and The Underground Abductor, one of which earned a place on the Texas Bluebonnet Award Master List. He also illustrated the graphic novel Rapunzel’s Revenge, which was a TODAY show “Al’s Book Club for Kids” selection, an ALA-ALSC Notable Children’s Book, and a YALSA Great Graphic Novel for Teens, as well as the recipient of three starred reviews. Nathan lives in Provo, Utah. www.hazardoustales.com.
Start reading on your Kindle in under a minute.

4.8 out of 5 stars
4.8 out of 5
155 customer ratings
How does Amazon calculate star ratings?
Amazon calculates a product’s star ratings based on a machine learned model instead of a raw data average. The model takes into account factors including the age of a rating, whether the ratings are from verified purchasers, and factors that establish reviewer trustworthiness.

D. Hathaway
5.0 out of 5 stars A fun, informative book!
Reviewed in the United States on March 29, 2016
Verified Purchase
Tl;dr: A great read for older elementary and up. Factual and fun. Read it.
Nathan Hale’s 6th book, and it doesn’t disappoint. Once again, he takes a familiar backdrop and fills it with little-known (to most) and interesting details which are equal parts entertainment and education.
The historical Nathan Hale is back with his executioner and British officer to tell another tale. This time, Vicente Guerrero (and his band of executioners) join to help tell the story which, after all, mostly takes place in Mexico. This is a great touch and really helps propel the story while providing even more entertainment.
This book includes a relatively thorough (but not tedious) history of Texas before its statehood in 1845. I enjoyed feeling the sense of chaos inflicted by the politics of time. The story follows the “Alamo All-Stars” to tell the story: William Travis, Jim Bowie, Davy Crockett, and (not familiar to me) Juan Seguin. Actually, a lot of time is spent on Bowie and his many exploits which led to him being in the thick of Texas’s violent birth.
My largest gripe is with Santa Anna, who left no defenders of the Alamo alive. Thus, no reliable accounts of the defenders immediately before or during the battle. However, Nathan Hale did his best with what he had.
Also, once again, the maps and diagrams included inside the front and back covers are helpful to place the wide range of featured locations.
Full disclosure: I’m a history teacher, and I am painfully aware of how little most Americans know about their neighbors. Hopefully, this book will help fill in the blanks many have about our southern neighbor.
Read more

Karma Adamik
5.0 out of 5 stars My students, especially boys, LOVE these books. And they learn stuff too!
Reviewed in the United States on June 7, 2019
Verified Purchase
I had never heard of these books, then my 12-year-old son and I met the author, Nathan Hale, at nErDcampMI. He was teaching a workshop on telling stories through comics and, because my son had drawn a hysterical picture of an angry piranha, he gave my son a box set of his books. My son devoured them, and then proceeded to tell me all he had learned about WWI, Harriet Tubman, and the Revolutionary War. As a middle school social studies teacher, I was impressed! I purchased a set of the books for my classroom and they are ALWAYS in the hands of one student or another - especially boys. They LOVE these books!
Read more
3 people found this helpful
Helpful
Comment Report abuse

David
5.0 out of 5 stars A-1 Alamo Story!
Reviewed in the United States on March 30, 2016
Verified Purchase
As a teacher, I am very happy to have these books in my classroom and school library. They are fun, informative and fascinating for young readers. Nathan Hale serves up history just the way kids like it, with humor, facts and interesting sidebars that all make the kids want to read more, more, more! Once they start reading a Hazardous Tales story, they always want to read the whole series.

I got my copy of the Alamo All*Stars from Amazon yesterday and brought it to school today. Three kids have read it by lunch and I have a waiting list of ten right now -- and that's just my 5th grade homeroom.

All that said, Alamo All*Stars is a great tale, especially for Texas students. The maps are very helpful, the drawings of the Alamo spot-on accurate, and the back story and end result of the Texas Revolution are all included, giving great context. Hale gets the tone just right, without vilifying one side or creating hagiographies of the other. You just can't ask for more.
Read more
6 people found this helpful
Helpful
Comment Report abuse

JP_jeanna
5.0 out of 5 stars My kid loves this one
Reviewed in the United States on July 11, 2018
Verified Purchase
My 8yo son has read each of the NHHT books multiple times. He keeps one with him wherever he goes. They can have themes that may be shocking for some, but those opened good discussions for our family. For example, _The Underground Abductor_ exposes some atrocities of slavery that I wasn't aware of. Our kid asked questions, and we talked them out.
If you have a kid who loves learning and humor and you can handle having discussions about hard stuff occasionally, then I highly recommend these books.
We have loaned a couple to friends who don't love reading for pleasure, and they also LOVED these books.
Read more
3 people found this helpful
Helpful
Comment Report abuse

M. Heiss
TOP 1000 REVIEWER
5.0 out of 5 stars History done right
Reviewed in the United States on April 12, 2016
Verified Purchase
This book is all you need.

I'm an adult. I have read a few Alamo books. This book is better than any of them. It is also a surpassingly good summary of the early history of the Texas project.

The graphic format is sensational -- very clear progression of the story across the pages. Amazing levels of detail and analysis. The running jokes are funny.

Bluebird
5.0 out of 5 stars Great historical series for boys!
Reviewed in the United States on June 24, 2019
Verified Purchase
My sons are 11-13 and they both read these books often. My 11 YO the most though. He can rattle off fact that we've not studied in our homeschool yet. He's likes to play the teacher! LOL! We own the whole series. After checking them out every few weeks at the library I just decided we needed to own them. They read these just as much as Garfield and Calvin and Hobbes, so as a mom, that speaks volumes!
Read more
One person found this helpful
Helpful
Comment Report abuse

Adam
5.0 out of 5 stars A great history lesson for kids that they will enjoy.
Reviewed in the United States on May 6, 2017
Verified Purchase
This book is probably more suited for 8-12 y/o than my children but even my 3,4 and 6 year old love hearing the stories. I think the interesting comic book format with the good illustration keeps their attention. As a parent I find this very refreshing to be able to teach my kids some history they probably aren't going to be taught in school, I know I was taught much about the Alamo.

Do yourself a favor and buy all of the Nathan Hales books.
Read more
2 people found this helpful
Helpful
Comment Report abuse

KingFerouk
3.0 out of 5 stars Made in china.
Reviewed in the United States on August 9, 2020
Verified Purchase
It is incredibly disappointing to find fun American history books, made in China. If you’re fortunate enough to find books printed prior to 2017 than you’ll notice that they will be made in the USA. All new printed copies are made in China. Very disappointed.
Read more
Helpful
Comment Report abuse
See all reviews from the United States

Page 1 of 1 Start overPage 1 of 1
This shopping feature will continue to load items when the Enter key is pressed. In order to navigate out of this carousel please use your heading shortcut key to navigate to the next or previous heading.
Back
Next
Pages with related products. See and discover other items: cartoon book, nineteenth century children's literature, top novels, amulet 9 book