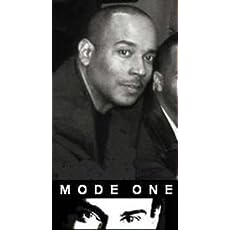 Alan Roger Currie is a Professional Dating Coach and Verbal Communications Skills Expert who provides advice to men, women, and couples on how to improve the manner in which they convey their romantic and sexual desires, interests and intentions to members of the opposite sex. Currie has worked with clients in both the United States and internationally and has spoken to workshop audiences in Atlanta, Chicago, Indianapolis, Las Vegas, Los Angeles, New York, London (England), and Berlin (Germany). Currie is currently the Host of an adults only podcast program titled 'The Erotic Conversationalist'. Currie divides his free time between Northwest Indiana and Southern California. 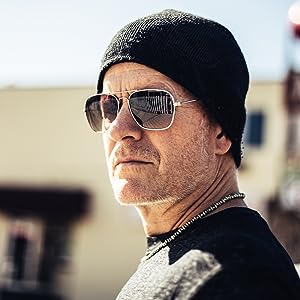 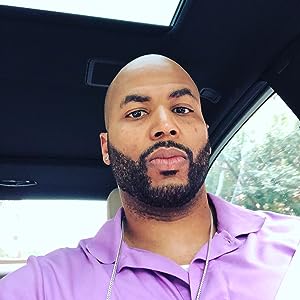 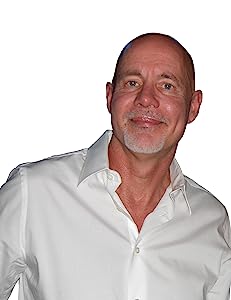 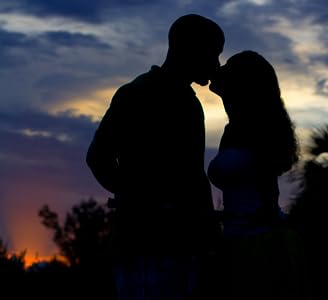 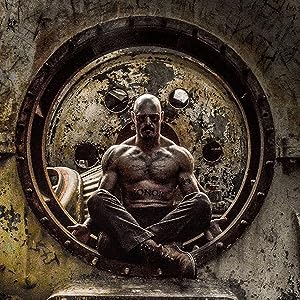 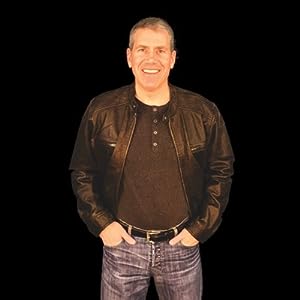 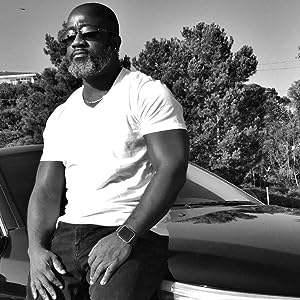 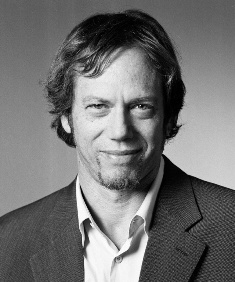 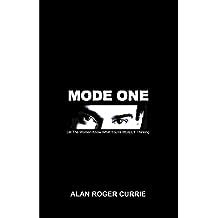 Okay, let me ask you something.

Is that “nice guy” tag helping to improve your social life, love life and/or sex life??

Many women SAY they want a “nice guy,” but realistically … don't believe the hype.

Women want a man who stimulates them ...

The #1 non-physical characteristic that enhances your sex appeal with a woman is a 'fearless' sense of self-confidence & self-assurance as well as straightforward honesty.

This is exactly what the principles of Mode One Behavior provide you with.

When you're afraid of being criticized by women, disliked by women, rejected by women, and/or indefinitely ignored by women ... guess what?? You will experience all of those miserable responses from women. Fear is essentially a self-fulfilling prophecy. When you 'fear' something, that means, subconsciously, you don't want it to happen, but you fully EXPECT it to happen.

MODE ONE explains how you will almost immediately be able to distinguish the difference between genuine, non-manipulative women, and the more phony, manipulative, duplicitous type women.

Rejection by women is not your #1 enemy.

Subjective criticisms and/or opinionated insults are not your #1 enemy.

Wasting TIME and MONEY pursuing women who are not genuinely interested in you is your true #1 enemy.

What are you waiting for?? The paperback version and E-Book version of my book, Mode One: Let The Women Know What You're REALLY Thinking can be purchased RIGHT NOW. (And if you’re a woman reading this … many of those who have already read the E-Book version have been women! Women can exhibit Mode One Behavior to their benefit as well.)
Read more
Other Formats: Audible Audiobook , Paperback 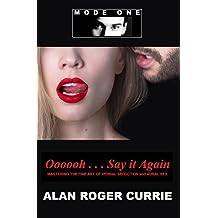 Oooooh . . . Say it Again: Mastering the Fine Art of Verbal Seduction and Aural Sex Dec 15, 2011
by Alan Roger Currie
( 72 )
$8.99
Do certain words and phrases get women sexually aroused? Without question. Alan Roger Currie, author of the international best-seller, "Mode One: Let the Women Know What You're REALLY Thinking," shares many of his personal secrets for getting women to engage in sexually provocative and erotically explicit conversations with men that will leave these women with a number of erotically arousing thoughts and vivid visualizations.

Did you know that an internet survey revealed that 54% of single heterosexual women enjoy when a man who they find appealing and attractive converses with them in an X-rated and/or XXX-rated manner? And that another 28% of women enjoy a man “talking dirty” to them in a PG-13 or R-rated manner?

The truth is, the vast majority of single women in society are not as “sexually conservative” or prudish as they initially present themselves to be to the general public. As a man, most of the women you meet who enjoy ‘kinky sex’ behind closed doors are going to be highly reluctant to show that side of themselves to you immediately, especially if they feel you might criticize them or pass judgment on them.

"Oooooh … Say it Again" is a combination of self-help advice and wisdom, social commentary about America's attitudes (and hypocrisy) toward casual sex, and real-life examples of sexually provocative dialogue that Currie has used in many of his verbal seduction experiences with various women he has approached, conversed with, and ultimately seduced.

In his latest book, Currie emphasizes that your level of confidence, your degree of upfront, straightforward honesty, and your voice, use of words, and conversation skills are more important to attracting and seducing women than your looks, career success, level of education, or your level of wealth.

Currie also emphasizes that hot, kinky phone sex can be used as a great tool for developing and maintaining a high degree of sexual chemistry with a woman and getting women to feel more attracted to you sexually.

Currie’s first paperback, "Mode One: Let the Women Know What You’re REALLY Thinking" has been read by men in fifteen or more countries. "Oooooh … Say it Again" adds more details and dialogue examples that were not included in Mode One.

If you are a single man looking to improve your ability to read women’s body language cues and quickly and effectively identify if they are a “Wholesome Pretender” (i.e., a disingenuous prude) or not, then you need to purchase this book RIGHT NOW.
Read more
Other Formats: Audible Audiobook , Paperback 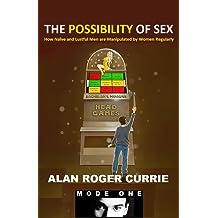 The Possibility of Sex: How Naïve and Lustful Men are Manipulated by Women Regularly Oct 1, 2012
by Alan Roger Currie
( 44 )
$7.99
There is a myth that men think about sex once every 7-10 seconds, and have a much stronger desire for sex than women do. Do not believe the hype.

Alan Roger Currie, author of "Mode One: Let the Women Know What You're REALLY Thinking," releases yet another book full of his own brand of unique knowledge and wisdom as he once again discusses women who are "Reciprocators," "Rejecters," "Pretenders," and "Timewasters."

Currie's main emphasis in his new book is that many women know how to motivate naive men and men with strong sexual urges to provide them with flattery, entertaining conversations, financial and non-financial favors, or simply an empathetic listening ear. The women's #1 tool of manipulation is to offer men "the possibility of sex" in the near or distant future.

If you are a man who is left feeling agitated, angry, frustrated, or bitter after engaging in a series of conversations and interactions with a woman of interest, you will have your entire mindset and paradigm changed as a result of reading this book and adhering to Currie's teachings.
Read more
Other Formats: Audible Audiobook 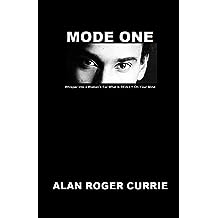 MODE ONE: Whisper Into a Woman's Ear What Is REALLY On Your Mind Apr 1, 2017
by Alan Roger Currie
( 31 )
$9.99
In this 2017 updated version of Author Alan Roger Currie's best-selling very first self-help book, Currie defines the four 'modes' of verbal communication that all single heterosexual men tend to exhibit with women of interest. This book seeks to prevent these men from finding themselves relegated to a woman's dreaded 'friend zone,' and provoking women to view them instead as more of a potential husband, long-term boyfriend, or casual sex lover.
Read more 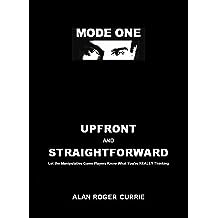 Upfront and Straightforward: Let the Manipulative Game Players Know What You're REALLY Thinking Apr 1, 2009
by Alan Roger Currie
( 25 )
$3.99
Author Alan Roger Currie's second paperback provides you with the psychological tools to learn how to quickly identify when a man or woman is using a vague and ambiguous conversational style with you as a means of engaging you in "manipulative head games"
Read more
Other Formats: Paperback 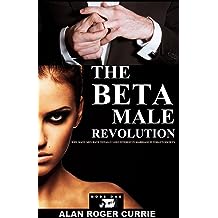 Unlike men, women have as many as FOUR types of men they want to spend time with:

- Men who women only want to spend time with for sexual enjoyment and satisfaction:  These are 'Total Alpha males'

- Men who women want to spend time with primarily for the benefit of entertaining conversation, enjoyable social companionship, and financial assistance and support.  These are 'Beta males with a few Alpha traits and tendencies'

- Men who women only want to spend time with for strictly platonic friendship, flattery, and to have men provide them with an 'empathetic listening ear' when they are feeling bored, frustrated, or depressed.  These are 'Total Beta males'

Many women socially interact exclusively with Alpha male types between the ages of 18 and 29, and then begin looking for a nice, sweet, polite, monogamy-oriented Beta male type for marriage once they reach the age of 30.

Well, the Beta male types are tired of this routine, and they are now avoiding proposing to marriage to women who they perceive as "Alpha male leftovers."

Beta males are now well aware that the vast majority of women want to spend time with Alpha males for sexual enjoyment and satisfaction.

They are also well aware that most women want to spend time with Beta males for platonic friendship, financial favors, and entertaining conversation.

The Beta Male Revolution is a brutally honest assessment of where we as a society have been, where we are now, and where we are headed regarding the state of dating, long-term romantic relationships, marriage, and monogamy vs. promiscuity vs. polyamory.

Women can also learn from this book because Currie explains just why men pursue some women for short-term non-monogamous 'casual' sex only, while they pursue other totally different women for long-term romantic relationships and marriage.

Purchase this book right now and be educated and enlightened.

You are guaranteed to have a better understanding of the manner in which the mind of the opposite sex works, and why men and women gravitate toward the type of romantic companions and sexual companions that they do after reading this book. This book will be talked about for years to come.

Alan Roger Currie is a professional dating coach, public speaker, and talk radio personality who has worked with male and female clients in Atlanta, Chicago, Indianapolis, Las Vegas, Los Angeles, and New York City as well as Amsterdam (Netherlands), Berlin (Germany) and London (England) and other cities all over the world. 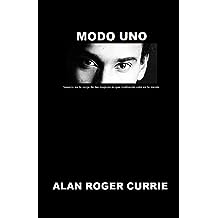 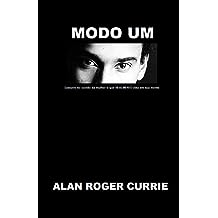 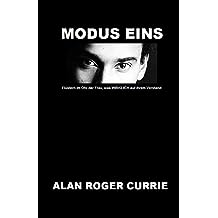