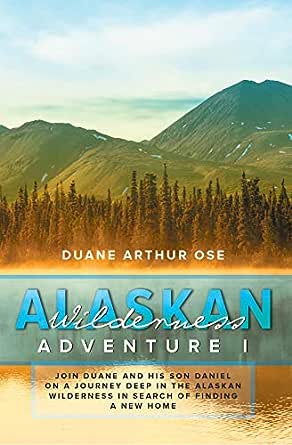 You've subscribed to Alaskan Wilderness Adventure! We will preorder your items within 24 hours of when they become available. When new books are released, we'll charge your default payment method for the lowest price available during the pre-order period.
Update your device or payment method, cancel individual pre-orders or your subscription at
Your Memberships & Subscriptions
There was an error. We were unable to process your subscription due to an error. Please refresh and try again. 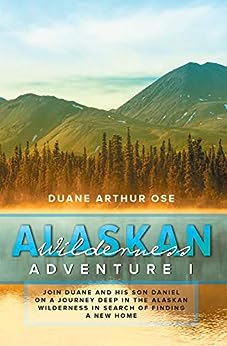 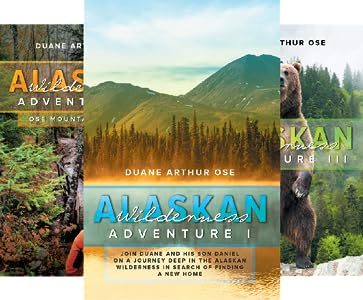 Duane Arthur Ose was born and raised in Minnesota. He enlisted in the army in 1964 at the age of twenty-one and spent one of his three years of service in Korea as a US army engineer. Duane met Rena, his second wife, through the mail-order bride system, and she moved to the Alaskan homestead to live in a hole in the ground (called a dugout) for nine years while she and Duane built their three-story log home. They live off the land for the most part, gardening, using solar power, and trapping. (Rena does the skinning.) Duane is a survival expert, skilled at living and thriving under extreme conditions. A sought-after public speaker, Duane gives presentations on rural living, homesteading, survival, Alaskan living, and the art of dowsing. He is the author of Alaskan Wilderness Adventure: Join Duane and His Son Daniel on a Journey Deep in the Alaskan Wilderness in Search of Finding a New Home. --This text refers to the paperback edition.

4.3 out of 5 stars
4.3 out of 5
253 global ratings
How are ratings calculated?
To calculate the overall star rating and percentage breakdown by star, we don’t use a simple average. Instead, our system considers things like how recent a review is and if the reviewer bought the item on Amazon. It also analyzes reviews to verify trustworthiness.
Top reviews

Skye
5.0 out of 5 stars Ose Wins the Wilderness!
Reviewed in the United States on May 30, 2020
Verified Purchase
This book is absolutely brilliant. I came across it after watching the Netflix show "Win the Wilderness" and wanted to know more about Ose's story.

This first book is about his journey with his son to seek out what would eventually become Ose Mountain, one of three possible homesteads he researched to stake a claim on. The book is laid out into twenty chapters for the 20ish days it took them to explore the remote wilderness of Alaska. There is just so much interesting information packed in here from Ose's many decades of experience. He does a really good job of explaining the myriads of things that go into survival, homesteading, and natural history that I really felt like I could hear his voice in my head as I read.

His writing style is difficult to describe because I don't know the words for it, but it's very straightforward and paints a good picture in my head (between the great ones included in the book) and it's a casual style of writing that readers can quickly digest. There's a lot of humorous commentary, banter between father and son, and it's really a heartfelt reflection on what would become his life's work. I'm not religious and I know Ose was more than prepared for this first journey, but there are some funny occasions where I can agree that he and Dan had a guardian angel.

This journey has exciting encounters where they were minutes away from a big grizzly bear, ran into a moose, lost clothing (among other items), shot trees, met kind strangers, and a lot of life lessons were learned for both of them. I'm obviously envious of the bond that was strengthened on this trip and I think everyone can relate to wanting to live as they did.

I've read a few books on the outdoors, but this one is just steeped in honesty and truth that I don't know if many, if any, other authors can claim to have an authority like Ose does. This guy and his family actually did it. I wonder what Chris McCandless and other wandering spirits could have learned if this story had been as popular before this series was written.

I recommend this to all travelers and explorers who want to try living in the wilderness. Anyone interested in survival may enjoy this fun father-son expedition as well. And anyone interested in the history of the region may enjoy just how much research and planning Ose did before he took his son miles and miles outside of civilization to find their new home.

After watching the show, one of my biggest questions is about Ose encountering bigfoots. This book makes a quick mention of a lake inhabitant warning the boys about the Little People and it looks like Ose's third book tackles forest people, so I'm really eager the read through the next two books in hopes of my questions being answered!
Read more
6 people found this helpful
Helpful
Report abuse

D.G.B.
3.0 out of 5 stars Revenue on book is priority
Reviewed in the United States on September 23, 2020
Verified Purchase
I purchased this book as I am an avid reader of non-fiction Alaska Homesteader books. I have read many books on homesteading in Alaska along with Alaska adventures, hunting and fishing. I do not want to be too critical of the book and the author but I came away from this book with the mindset that it was written just for the book sales revenue. It's only 129 pages and all throughout the book the author keeps stating that he will not include certain events in this current book as he wants to write more books in the future. He has written more [2 more] and I personally feel that he could have written just one book or possibly two. Most books that I have bought on this subject are at least 200 pages or more and filled with all the exciting events that readers look for. So that is why I rated it 3 stars. I will not purchase anymore of his books as sometimes it's not just about the money.
Read more
2 people found this helpful
Helpful
Report abuse

Malik
5.0 out of 5 stars Hiking through Alaska by reading
Reviewed in the United States on May 7, 2020
Verified Purchase
I don't read that much nowadays, but this book is so engaging the way the story was told. You can vividly imagine what the father and son went through their hike. Respect their perseverance and determination. I might have picked up the habit of reading again due to this book.
Read more
4 people found this helpful
Helpful
Report abuse

J. Foberg
5.0 out of 5 stars Great read!
Reviewed in the United States on May 19, 2020
Verified Purchase
A bit short but describes the first part of his adventure in a down to earth manner. Bought this after watching the BBC special, Win the wilderness. Looking forward to reading part two.
Read more
2 people found this helpful
Helpful
Report abuse

Sharon
5.0 out of 5 stars Taking the long way around
Reviewed in the United States on October 21, 2020
Verified Purchase
Very interesting Alaskan experience. It takes a very special kind of person to do what Duane and Dan have done. Looking forward to the second book and so glad the story didn't end here.
Read more
Helpful
Report abuse

Dawn Gardner
4.0 out of 5 stars Great details of the Alaska wilderness.
Reviewed in the United States on August 25, 2020
Verified Purchase
Excellent descriptions & very educational. The father and son trip lends a special extra to the adventure. Insightful & great short read! The extreme meets" God is always with us! "
Read more
Helpful
Report abuse

Crazy1
5.0 out of 5 stars Different but enjoyable
Reviewed in the United States on February 5, 2021
Verified Purchase
Quite the adventure, a man and his son, backpack into the wilderness, to find peace and home. Home is where the heart is. Worth reading, heart warming, and up lifting.
Rock on
Read more
Helpful
Report abuse
See all reviews

Dutchess of Halifax
5.0 out of 5 stars Father and Son Adventure
Reviewed in the United Kingdom on June 5, 2020
Verified Purchase
I was impressed for the outset with Duane’s writing style. He is able to convey what a nice person he is, and how much he loves and respects his son Daniel in this adventure.

I first came across Duane and rena watching BBC’s win the wilderness with my partner. When we finished the series we googled the coupe and found an Instagram post from Duane saying Renas heart operation was going ahead and praying for her safety.

The next morning we got the awful news that she had passed away during the difficult surgery that night, and we were deeply touched and shocked by this.

Both Duane and Rena are people that you can relate to and get the sense of their calm, their hospitable and essential goodness. You feel that you know them instantly by their hearts.

I ordered the first two books for my partner to cheer him up, and because I knew that he was feeling the loss and thinking of Duane also.

To my surprise and delight the story is excitingly immersive and the writing style is very honest and direct and emoting warmth on every page.
Read more
2 people found this helpful
Report abuse

Andrew Z
5.0 out of 5 stars Fantastic book, detailed account of travel in last frontier wilderness
Reviewed in the United Kingdom on May 12, 2020
Verified Purchase
If you are a coach potato and expect Pirates of Carribean kinda fun, leave this book alone... However if you have been to remote corners of the Earth and especially have travelled on foot with a backpack, wondering when you bump into a bear, this is a superb read. Down-to-earth writing, masses of details, wisdom and humor, and great example of one brave man endeavour. Read this before travelling to any wild place and you will be much safer.
I enjoyed every page and look forward to the next book...
Read more
Report abuse

Derek S.
5.0 out of 5 stars Fascinating first chapter of an Alaskan dream
Reviewed in the United Kingdom on April 2, 2020
Verified Purchase
A very interesting account of how Duane and his son found the ideal location for Duane to fulfil his dream of living in an unspoilt wild Alaskan location. I read this after watching the tv programme about bow Duane and Rena selected a couple to succeed them as they had to relocate to town for health reasons. I found the book an interesting read and recommend it.
Read more
Report abuse

A. Dee
5.0 out of 5 stars Enjoyable
Reviewed in the United Kingdom on July 22, 2020
Verified Purchase
After watching the tv programme about Ose Mountain and the competition to inherit it, this book was brilliant to see how The Oses found the perfect spot for their life there. Enjoyable.
Read more
Report abuse

robert mitchell
5.0 out of 5 stars Alaskan Adventure
Reviewed in the United Kingdom on September 8, 2020
Verified Purchase
A. Great 1st book all about a long walk. Through the Alaskan wilderness. Fora man and son looking to pitch a c'Liam on some land.
Read more
Report abuse
See all reviews