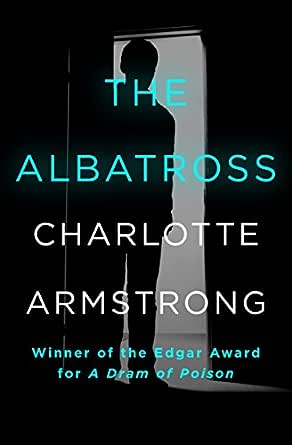 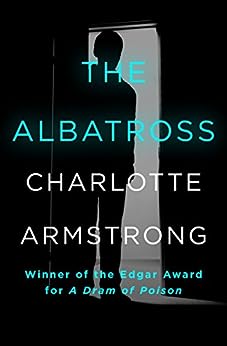 rexy
4.0 out of 5 stars Great quick read.
Reviewed in the United States on February 21, 2017
I didn't realise this was a re-release of an older book published in the 1950s when I requested it. I wasn't sure if I'd be a fan, but happily it has stood the test of time. (Though I do wish I could find an apartment for 90 dollars a month in 2017.) It's very slow moving and atmospheric. Very original and well written story, I really enjoyed it. I do hope they'll add the new cover to Good Reads, as I really prefer it over the old-fashioned one.

Esther is napping in a hotel while her husband Tom goes to the car to fetch something. She wakes up to a strange man standing by her bed. It's not Tom. Understandably, she screams. And also understandably, Tom rushes back to the room and knocks the man over the head. The man seemed to have no malice. He was drunk and simply walked into the wrong room. He's very apologetic. They think that's the end of it... a bit of a scare, but the man is fine and Esther is fine, so all is well.

The man then drops dead a few days later from a head injury. Tom feels horribly guilty, and feels he must go to the family and take responsibility. The poor man has left behind a wife and her wheelchair-bound sister, Joan. Widow Audrey is unexpectedly gracious and forgiving. Tom and Esther are struck with how calm and understanding she is. When it comes to light that Audrey and Joan must move and find a new place, the couple decides to allow them to stay in their own home for a brief time... but it ends up not being so brief, and Esther begins to feel like something is wrong... like they're keeping secrets. Like Audrey isn't as kind and sweet as she seems. Perhaps Joan is dangerous... Will they ever leave?

I received an ARC of this book from Net Galley and Open Road Integrated Media, thank you! My review is honest and unbiased.
Read more
2 people found this helpful
Helpful
Comment Report abuse

booklover
TOP 1000 REVIEWER
4.0 out of 5 stars Suspenseful Mystery
Reviewed in the United States on February 23, 2017
Tom and Esther are staying in a motel the night before they return home. Esther naps while Tom runs back out to get something out of their car. Esther awakes to see a strange man in her room. Tom walks in and immediately takes down the stranger with a blow to the head. The stranger turns out to be drunk and somehow wandered into the wrong room. Exchanging business cards and apologies, all is forgiven.

Several days later, Esther is reading the paper and see where the poor man has dropped dead of an apparent head injury. Left behind is his wife, Audrey, and her disabled sister, Joan. Overcome with guilt, Tom and Esther decide to visit them and seeing how poorly off they are immediately ask them to move in with them until they can find a better place to live.

The temporary stay becomes permanent as Audrey never seems to be able to find anything suitable. Esther is relegated to cook and maid, while it is Esther who greets Tom after his day of work, discusses the day with Tom. And Joan is just a hateful spiteful house guest.
Esther is becoming more suspicious of them as each day goes by. There are whispers ... seemingly small accidents ... and Audrey seems to have designs on Tom.

All in Esther's mind ... jealousy, perhaps? Tom can't see anything beyond his guilt over killing Audrey's husband. But should he be feeling guilty? Esther is seeking the truth ... but will it cost her or Tom their lives?

Many thanks to Open Road Integrated Media / Netgalley for the digital copy of this engaging book. Opinions expressed here are unbiased and entirely my own.
Read more
3 people found this helpful
Helpful
Comment Report abuse
See all reviews from the United States