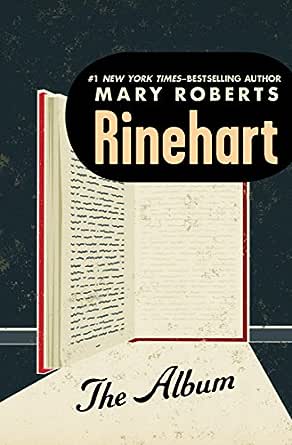 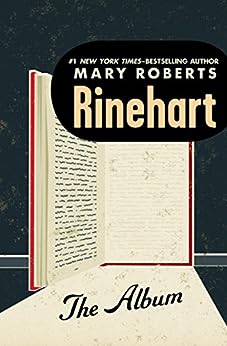 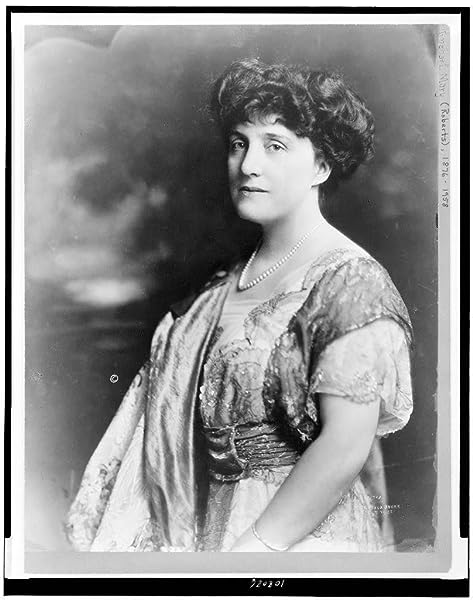 “[Rinehart’s] literary distinction lies in the combination of love, humor and murder that she wove into her tales. . . . She helped the mystery story grow up.” —The New York Times

Mary Roberts Rinehart (1876–1958) was one of the United States’s most popular early mystery authors. Born in Pittsburgh to a clerk at a sewing machine agency, Rinehart trained as a nurse and married a doctor after her graduation from nursing school. She wrote fiction in her spare time until a stock market crash sent her and her young husband into debt, forcing her to lean on her writing to pay the bills. Her first two novels, The Circular Staircase (1908) and The Man in Lower Ten (1909), established her as a bright young talent, and it wasn’t long before she was one of the nation’s most popular mystery novelists.
Among her dozens of novels are The Amazing Adventures of Letitia Carberry (1911), which began a six-book series, and The Bat (originally published in 1920 as a play), which was among the inspirations for Bob Kane’s Batman. Credited with inventing the phrase “The butler did it,” Rinehart is often called an American Agatha Christie, even though she began writing much earlier than Christie, and was much more popular during her heyday.

4.1 out of 5 stars
4.1 out of 5
86 customer ratings
How does Amazon calculate star ratings?
Amazon calculates a product’s star ratings based on a machine learned model instead of a raw data average. The model takes into account factors including the age of a rating, whether the ratings are from verified purchasers, and factors that establish reviewer trustworthiness.
Top reviews

Sigvard
1.0 out of 5 stars Review of Kindle Format
Reviewed in the United States on December 12, 2017
Verified Purchase
Beware Open Road Media books on Kindle. Every chapter has a few words that are wildly out of place due to some glitch of automated transfer to Kindle format. This one was especially messy.
Read more
18 people found this helpful
Helpful
Comment Report abuse

Whistler's Mom
TOP 500 REVIEWER
4.0 out of 5 stars If only we had known....
Reviewed in the United States on April 10, 2015
Verified Purchase
I think you're either a Mary Roberts Rinehart fan or you aren't. There's nothing in between. She's been ridiculed for her heavy-handed use of fore-shadowing, but she was a fine writer with a feminine eye for detail and personalities. She was prolific, but if any of her books weren't up to standard, I've missed them.

THE ALBUM is one of her best and offers a wonderful look into upper middle class domestic life between the two World Wars. It's difficult today to imagine a time when privacy was valued and genteel people lived by a code that prohibited "Airing your dirty laundry in public."

Rinehart (a militantly modern woman) believed that pride and dignity can be carried too far. She also believed passionately that women should have access to education and careers. The female inhabitants of Crescent Place suffer from having no meaningful employment. They direct the servants and gossip. The Roaring Twenties is represented by the one young couple, but the rest of them are (happily or unhappily) stuck in pre-WWI mode.

The brutal killing of an elderly invalid blows the lid off of things and uncovers some secrets that had been buried, but not forgotten. Rinehart's books are unusual for the time in that they never feature a brilliant amateur detective. Murders are investigated as they are in real life - by the police. The narrator (always a woman) is both a by-stander and a participant. And Rinehart had a firm grasp of one fact that many mystery writers overlook. Murder changes everything.

If you're a new-comer to Rinehart, you may be put off by the fact that this Kindle edition opens with some strange-looking portraits and a jumble of text. In the original, this was the cast of characters and it was printed in two columns and the slip-shod person(s) responsible for preparing the Kindle edition didn't care enough to ensure that it was readable in the ebook version. Sadly, we see this all too often when older books are converted to ebooks.

Just skip to the story and enjoy a fascinating look into a way of life that vanished before any of us were born.

Puppy Cat
5.0 out of 5 stars A really good and entertaining mystery.
Reviewed in the United States on December 28, 2017
Verified Purchase
This is a really good and entertaining mystery. I am truly enjoying the book. It is well written. I think it's really silly when people refer to novels and mysteries and books like this as dated. If the book you are reading is scientific or historical, an informational type book, and the information no longer applies today, that sort of book is dated. However, a novel or mystery , cannot be considered dated, because these books are written about a certain period of time, and the information given applies to the time in which the story happens.

I highly recommend this book , and all of her books really. She was a good author. This mystery contains a lot of twists and turns, and I keep having to change my idea about whodunit.

Get it. You'll enjoy it. I have the audio and the book.
Read more
15 people found this helpful
Helpful
Comment Report abuse

medfair
3.0 out of 5 stars Dated but reasonably good second-rate mystery
Reviewed in the United States on June 7, 2015
Verified Purchase
Mary Roberts Reinhardt, also called the "American Agatha Christie", actually predates the British queen of mystery. She wrote tens of mystery novels and plays, of which The Album is one of the later ones (1933). Despite being the originator of the phrase "the butler did it", her prose reads quite stale. The characters are stiff and cardboard, the plot convoluted and contrived, the language and idiom indeed belonging to the twenties (at best). Her writing bears a distinct British character and it is quite clashing with the American scenery. Unfortunately, in comparison with Agatha Christie, Bertram Dean is not Poirot, and Lou is not Miss Marple. One also misses the delightful Christie's tongue-in-cheek parody on British countryside characters. In The Album, a series of horrible crimes are comitted in the upper class Crescent, where everybody keeps stiff upper lip and proper attire and manners, while keeping a number of terrible dark secrets that lead to the crimes. Not my cup of tea, but quite OK for people who like this dated genre.
Read more
7 people found this helpful
Helpful
Comment Report abuse
See all reviews from the United States