You've subscribed to Cruise Control! We will preorder your items within 24 hours of when they become available. When new books are released, we'll charge your default payment method for the lowest price available during the pre-order period.
Update your device or payment method, cancel individual pre-orders or your subscription at
Your Memberships & Subscriptions
There was an error. We were unable to process your subscription due to an error. Please refresh and try again. 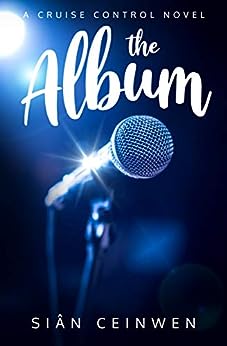 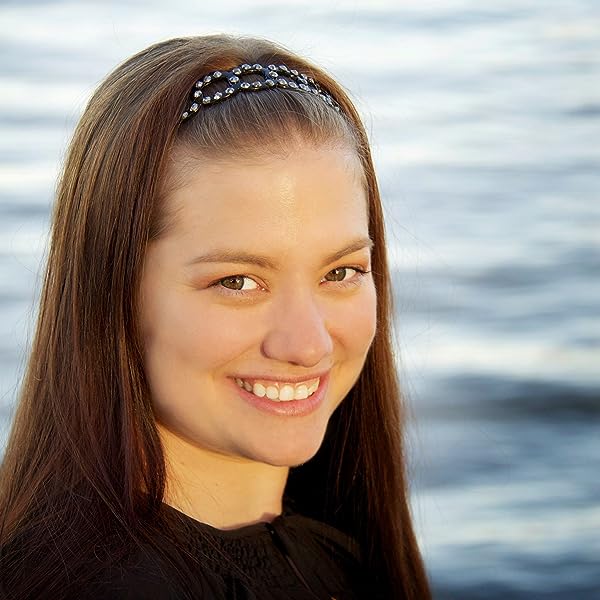 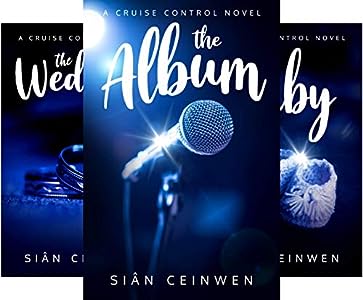 "The Album had me hooked from beginning to end! It was a roller coaster of emotion! I laughed. I cried. I rolled my eyes. It was a refreshing read! My only downside is that I couldn't go straight in to the second book!" - Melissa, Goodreads

"This debut novel by Sian Ceinwen is a cleverly constructed love story. It pairs an album song list and the band's music performed live on stage during their concert with Ariana's memories of life on the road with the band. This pairing shows how sometimes even when true love is involved it can be painful, messy, and beautifully complicated." - Daena, Goodreads


"I'm not normally one for romantic novels, finding them too soppy and predictable. Fortunately I didn't realize this was a romance, otherwise I would have missed out on reading a book I thoroughly enjoyed and found so hard to put down...the best book I have read for a long time, and the second book in the series can't come quick enough." - Maureen, Goodreads

"I loved this book! As soon as I read the description, I was hooked and I confess I literally read it cover to cover in one sitting. I can't wait to read the rest of the series!" - Jodi, Goodreads

The Album took me ten years to write and without the encouragement from a friend who desperately wanted to know the ending, I might never have finished it.

After releasing it, I rewrote it because it became apparent that the method I'd used for telling Gabriel and Ariana's story didn't really fit in the series. It was much better after the rewrite.

I also know that Ariana is very frustrating in this book. I aimed to tell the story of a heroine who struggles with her own anxiety and insecurities so badly that she could possibly screw up her relationship with basically the perfect man.

There is no real reason for her to feel the way she does, but that's exactly what anxiety is...your brain convincing you of a threat that isn't real. And it sucks. Ask me how I know. ;)

4.1 out of 5 stars
4.1 out of 5
149 global ratings
How are ratings calculated?
To calculate the overall star rating and percentage breakdown by star, we don’t use a simple average. Instead, our system considers things like how recent a review is and if the reviewer bought the item on Amazon. It also analyzes reviews to verify trustworthiness.
Top reviews

Hopeful
2.0 out of 5 stars May Be A DNF for me
Reviewed in the United States on April 29, 2020
Verified Purchase
Spoilers!!!

Rock star romance is my thing I've read a lot of them. Ariana, omg 49% and she still has the sameinsecurity, Gabe's done everything to reassure her she's it, he loves her but every single page just about ... I'm not good for him, I could hurt him, I can't live with celebrity. I'll try to continue but if the rest of the book is the same I'm out. I don't think she's worthy of him and that I want her to redeem herself at this point because the whining is off the charts a downer, too repetitive. There's no growth here, stuck on the same emotion page after page, day after day, week after week! One sided, him giving his all always, Ari constantly negative and doubting=boring and a weak hero IMO.

I want to like this, love it really because of reading during the pandemic in NY but it's brutal. If I finish it hopefully I can come back with a higher star rating.👍🙏👊
Read more
16 people found this helpful
Helpful
Report abuse

NomadicDee
3.0 out of 5 stars Keep going -- it's worth it!
Reviewed in the United States on December 3, 2020
Verified Purchase
I was halfway through this book and had to force myself to finish it. Ariana is one of the most annoying, insecure, whinging snowflake heroines EVER! I honestly wamt to reach into the book and smack some commonsense into her! Okay, she's young (23) and relatively inexperienced in relationships, but the root of her fears about getting involved with Gabriel because he's famous borders on the ludicrous. I kept repeating to myself, "suspend your disbelief at the door", and trudged on. The second act is pure redemption. Spoiler alert: two years after dumping Gabriel, girlfriend gets the therapy she soooo needed, she's gained self-confidence by becoming a high achiever at her job, AND she gets a second chance with Gabriel.
The author stated that she started this book as a past-time and let her friend read it. After a bit of pestering from said friend, she finished it and put it out there. So, it is a bit amateurish and could benefit from some professional editing, but over all it's a good first book. I give the first half one-star because of Ariana's snowflakiness and histrionucs. I give the second half 4 stars for bringing a train wreck back from the edge of the abyss!

The sequel (The Wedding) is pretty awesome, but the third installment (The Baby) is the best! You can see the author's steady improvement in her writing style, and she's incredibly generous -- she could have easily broken the last two installments into individual trilogies, but she gives you the entire story under one title! Brava!!!

Sian, if you're reading this, keep up the good work! I've read all three titles in a week (the last two being unputdownable and responsible for my lack of sleep!). I'm looking forward to the next installment of the Cruise Control universe!
Read more
One person found this helpful
Helpful
Report abuse

Mary M.
4.0 out of 5 stars Loving a Rock Star Can be Hard!
Reviewed in the United States on December 11, 2020
Verified Purchase
I love reading rock star romances. I feel for Ariana and would probably be self-conscious about all the celebrities. And the tabloids can ruin a relationship. Her insecurities are more than she can handle and she can not tell Gabriel about it either.
Although it takes Gabriel several years to move on from Ariana, he finally does. And then she turns up at one of their concerts after winning a great concert package. She doesn't want the extras, going backstage, or meeting the band. She knows what it will mean. The songs broke her heart, but when Gabriel sees her, it will break his heart all over again. She doesn't want to hurt any of them anymore.
This story is filled with fun, love, lust, heartache, and pain. It will keep you reading just to find out what happens between Gabe and Ari. This is a first for me from this author and I can not wait to read the next in this series.
Read more
One person found this helpful
Helpful
Report abuse

Donna G
5.0 out of 5 stars WOW. just WOW! What a ride! 7 STARS from me.
Reviewed in the United States on June 27, 2020
Verified Purchase
Okay, so here’s the thing….I was thinking the book started a little slow. By a quarter of the way into the storyline, I began to get engaged with the growing array of characters. They had taken on a life of their own by then.
Somewhere between then and the halfway mark, I reached for a tissue. Not unusual. Emotions were running a little on the high side. At that point, I started falling in love with these unique characters. Then BOOM!*!* All of a sudden. I’m ugly crying and looking for a second box of tissue.
What a ride, indeed. Me telling you about the storyline and the characters could not convey the depth of the emotions and the color of the story that the author paints in vivid strokes.
Read more
One person found this helpful
Helpful
Report abuse

Cathyhannahrblack
5.0 out of 5 stars The Album... Ariana and Gabriel
Reviewed in the United States on March 20, 2021
Verified Purchase
I don't know how I managed to be reading this story when Gabriel's Album appeared in my Booksprout ÀRC so you know I had to finish Reading this book 📚📖 so I could see what exactly their different points of view were. Ariana was a very needy woman. She had no self esteem when it came to being in the public. This was bad for Ariana since Gabriel was fast becoming a "Rock Star ⭐" and she would definitely be in the limelight with him. I thought it was sad because Ariana based her reticence to be in public on her Aunt's husband, who was a famous movie star. I liked this story but I enjoyed Gabriel's Point of View a little more. This Book 📚📖 is a good read.
Read more
One person found this helpful
Helpful
Report abuse

Carole Lake
4.0 out of 5 stars Yummy, yummy rock stars
Reviewed in the United States on April 26, 2020
Verified Purchase
This book is a little different from the usual rock star romance. Rather than being focused on rock star fame and the problems thereof, it is focused on the problems of the love interest. Gabe is the lead singer of a mega-popular group. Ariana meets him at a gala, and they are immediately smitten. Gabe takes her on tour, but she has a fear of pictures and paparazzi that she cannot seem to overcome. The book questions whether love will prevail.
This is a long-ish book with a rather abrupt ending, but good news! There is a sequel!
Read more
One person found this helpful
Helpful
Report abuse

Lynn Orange
5.0 out of 5 stars A rock n'roll heartbreaker!
Reviewed in the United States on July 1, 2020
Verified Purchase
This was an unexpected, "draw you in quick" kind of story. Arianna & Gabriel fall into a relationship very quickly after meeting and have a worldwind romance, but heartbreak isn't far ahead. Will their love make it through the pitfalls of stardom? I was glued to this book and you will be too!
Read more
2 people found this helpful
Helpful
Report abuse

Maryjane OMEARA
5.0 out of 5 stars Will Ariana and Gabe make it in his world? We shall see.
Reviewed in the United States on January 17, 2021
Verified Purchase
I can't tell you how much I loved all the characters in this book. I can't wait to read the rest of the series. My emotions were all over the place! The story was that good. You just have to read the book to understand what I mean. Well done Sian. Five Huge Stars.
Read more
One person found this helpful
Helpful
Report abuse
See all reviews