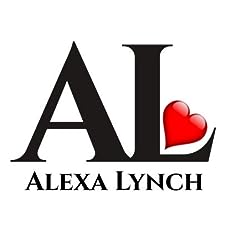 Alexa's a proud author of Adult Tagged.com.
We're a small group of erotica authors working together to bring you sensual new reads in a variety of kinks and tropes.
Join the newsletter at Adult Tagged.com and receive FREE ebooks!
Read more 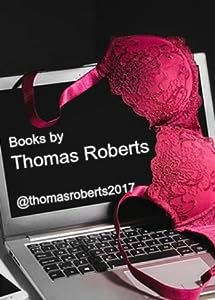 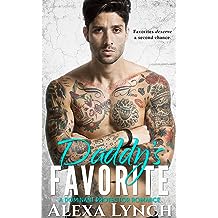 Daddy's Favorite (Dominant Protector Romance Series Book 1) Jul 8, 2018
by Alexa Lynch
( 66 )
$3.99
Her Daddy’s Favorite
Sebastian knows he shouldn’t indulge in naughty fantasies about Adelaide. She’s too young. Too innocent. The lovely blue-eyed blonde is completely off-limits. Adelaide is his ward, the one he’s sworn to care for.
Sweet, forbidden fruit.
Adelaide has to know he can’t touch her, so why does she tease him? Flirt with him and torment him? The little brat drives him wild with need. Especially when she sasses him or strolls around in skimpy bikinis. So, can she blame him when he helps himself to a little sample of her innocent but tempting body?
But after a stolen moment where he claims her with a devouring kiss, Adelaide runs from him. Why? Not because he took liberties, but because she thinks he’s not sincere – that he’s confusing love with duty.
She’s wrong. He plans on confronting her, setting her straight.
The time has come for Sebastian to prove his love to Adelaide and show her why he’s her Daddy’s Favorite…

Romance starts with a stolen kiss in this stand alone novella. No cheating. No cliffhangers. Plenty of insta-lust, steamy sex, and a guaranteed happily ever after. This May December love affair proves timing can be perfect and second chances are worth taking the risk.
Read more 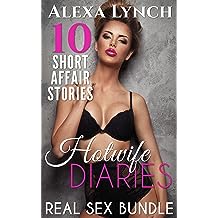 Hotwife Diaries Real Sex Bundle: Ten Short Affair Stories (Hotwife Diaries Series) Jul 14, 2016
by Alexa Lynch
( 1 )
$9.99
Sex is exciting. Adultery with a rough alpha male is a mind altering, life changing, orgasmic experience. Just ask the hot wives in this bundle.
Based on true stories, hot wives confess their sins of infidelity. Read every tantalizing page. Don’t be like these ten husband’s who should’ve kept closer tabs on their friends and enemies.
Tickle yourself silly reading them all! 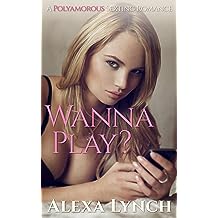 “Unknown: Wanna play?
This text pops up on your phone. Would you answer it? Kristin did and it enticed her into a illicit world of sex games.”

Sensual, tempting, games with strangers come with a price and it’s the danger of falling in love. Kristin is drawn into the polyamorous lifestyle. She meets too many lovers, is pulled in many directions, and is forced to makes tough choices.

Which of her lovers are committed emotionally, sexually, and transparently.
She decides;
Who to keep.
Who to throw away.
Who to love.
Who to crush.
Who to have a happily ever after with.

Follow her decisions along the way for yourself. Tap the buy now button to purchase.
Looking for something else from Alexa? Try her Tempting Textress Series! 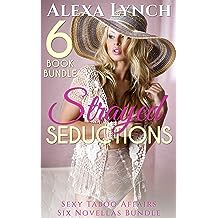 Strayed Seductions 6 Book Bundle: Sexy Taboo Affairs Six Novella Bundle (Strayed Seductions Series) Jul 19, 2016
by Alexa Lynch
$7.99
The basic rules of how to have an illicit affair are:
Never sleep with anyone who has nothing to lose.
Delete all communications, frequently.
Never under any circumstances invite a lover to your home.
Always keep the hard and fast rule of silence.
No one, other than your lover deserves to know any details about your affair.
It’s not happening. It didn’t happen. It could never happen to you. 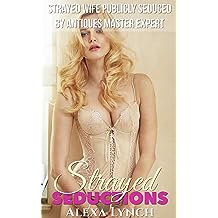 Strayed Wife Publicly Seduced By Antiques Master Expert (Strayed Seductions Series) Apr 1, 2016
by Alexa Lynch
( 3 )
$2.99
On the first day Cherie met the master expert at the Forgotten Treasures antique store she accidentally caught a glimpse of his expertise at work in the ladies room.
Tobias felt her presence and at the next opportunity, he turned the married vanilla watcher into an active exhibitionist participant. Following her lead, Tobias dominated Cherie with rough plundering, including her unexplored tight back door. 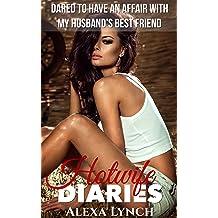 
My husband just doesn’t try to keep me excited anymore. I’m in my sexual peak. I need attention. He dares me to go find it. His best friend, is flirty, attentive, and suddenly available.
An unexpected drive brings us close. So close, I decide to take my husband up on his dare. I give in to my fantasies, allowing a hard, unprotected, man take me for an outdoor, orgasmic ride.
Succumb to your unfulfilled desires. Tap the buy button to get lost in this cheating affair short story between a wife and a man her husband should’ve kept a closer eye on.
Read more 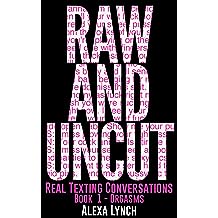 Start here with Book One of the Raw and Uncut Real Texting Conversations series. It’s a series like no other erotica out there. Tap the buy button and climax to raw, dirty and uncut real life texts.
Read more 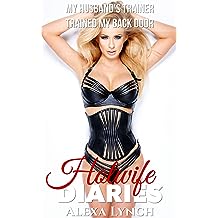 “I let my hand drift down his cock, stroking his shaft with him. “We can do this together. You get off. I get off. No one has to know.”
“But you’re my—” He licked his lips and spoke to my chest.” 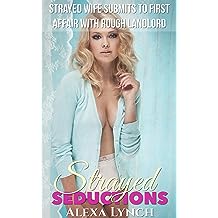 Strayed Wife Submits To First Affair With Rough Landlord (Strayed Seductions Series) Mar 28, 2016
by Alexa Lynch
$2.99
Emma’s a sizzling author craving inspiration for her latest taboo novel. Her husband’s too vanilla to give her the excitement in the bedroom she desires.
In walks Hugh, the rough around the edges landlord. He tempts her to have an affair. She bends to his wishes without fully knowing why she’s desperate for him. When they’re alone, he punishes her curious illicit behavior. That’s not all. He painfully marches right in her backdoor for a first time experience she’ll write about for several novels to come. 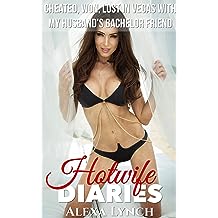 “One more thing,” he growled with his lips close to my cheek. “I don’t fall in love. I pleasure. I service. I f*ck a woman. Can you handle that?”


What happens at a bachelorette party in Vegas stays at the party. Shirtless dancers is the most man chest I thought I wanted to see. But when I see my husband’s bachelor friend, thoughts of infidelity scream to bet the house.
He’s hot, sexy, and working as a paid escort. I can’t believe my luck. A night in his hotel room is naughty, rough, and unexplainably arousing. He’s one alpha male that’s seriously excellent at his job.
Succumb to your unfulfilled desires. Tap the buy button to get lost in this cheating affair short story between a wife and a man her husband should’ve kept a closer eye on.
Read more 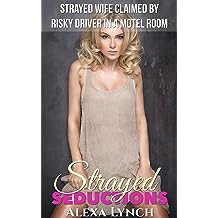 Strayed Wife Claimed By Risky Driver In A Motel Room (Strayed Seductions Series) Apr 16, 2016
by Alexa Lynch
( 4 )
$2.99
The long stretch across the Texas panhandle provides plenty of time for Nina to fantasize. She’s consumed with thoughts of other men instead of her husband. The move across country has one huge perk, a muscular driver, named Curtis.
There’s undeniable heat between the pair. Nina’s attracted to his daring risky spirit. She quivers for him when he makes suggestions while her husband’s a few feet away. The question of the night isn’t if she’ll cheat with him, but how far she’ll go in the motel room next door to her sleeping husband. 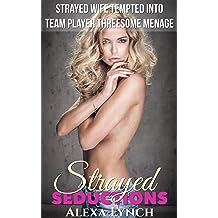 Readers, this steamy seduction happens between adults who participate in rough sex. All involved are consenting, but events such as pleasurable pain, spanking, and harsh language are included in this sexually explicit short novella. Succumb to your desires and tap the buy button to get lost in your next favorite cheating affair!