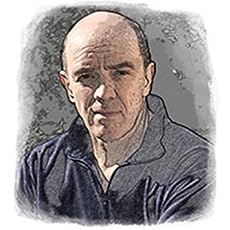 I grew up in Charleston, South Carolina and went to college there. I still have the sand in my shoes and the smell of the salt air in my nose, and when I return, encountering those two things brings back floods of memories.My first attempt at writing was to re-create some of my favorite episodes from childhood and, also, to poke a bit of harmless fun at my brother. In college, I discovered an ability to write poetry, thanks to a rather demanding English professor, who eventually came to appreciate and encourage my work.

Life intervenes, as it does for everyone, and there was a large hiatus before I found time to write again. My first attempt came almost by accident, because one day I simply wrote down what had happened to me the previous evening. The story slowly became a book...Are We A Band Yet, and at the time, the few who read it were full of praise. Because the story was personal, and some of the characters real, I declined to publish it for a long time. But my language skills and my storytelling were re-awakened by that first attempt, and since then, I have gone on to write ten full-length novels, all the while working on my style and literary abilities.

I found that what most interests me is the interrelationship between a man and a woman. It's a subject which has tested writers and storytellers for eons and is truly inexhaustible, for each situation is both unique and timeless, as well as compelling.

During my rather short career, my emotions have been awakened, and I attempt to give my readers the intensity of my feelings through my words. Two of my novels (Beware The Exit and Memory Gap) were inspired by dreams, and after recalling the fragments that remained the next morning, I put the essence down on paper and began the laborious task of creating an exciting book.

Writing has made me grow as a person, not only because of attention to the emotional content of my books, but also attention to detail, both environmental and personal. Writing is like photography in that it brings the world around you into your consciousness, occasionally for the first time.

Instead of being exhausted, my writing is just getting started, because everywhere I look, I can see the outline of yet another book which needs telling, another exciting tale or tender moment which can be created in ink and paper. 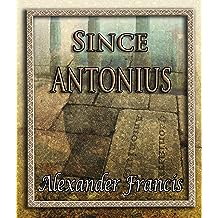 Since Antonius May 31, 2020
by Alexander Francis
( 1 )
$4.99
A heartbreaking message from the distant past is uncovered in the ruins of Herculaneum. It is a plea for help meant to be read by the only man in the twenty-first century who knew the messenger in person and called him his brother.

Tony and Mary are saddened by the plight of Cosimo, and they at last disclose the stunning truth to their son. Tony was born in the first century. He and his wife have traveled in time, and their companion and friend was left behind in the past.

A young brilliant scientist has the means and the knowledge to create time travel, just like his mother did twenty years previously when she enabled two young translators to go back to the first century. But Barron is being watched by relentless government agents who are determined to prevent any window into the past to ever be opened…again.
Read more 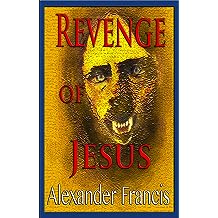 Revenge Of Jesus Jan 28, 2015
by Alexander Francis
( 2 )
$2.03
A secretive organization plots to travel back in time to kill Jesus. The mission fails, but an evil being returns to the present while chasing the would-be assassin, gathering a large and fanatic following who, through the human weakness for being led, believes he is the true Jesus. Two young translators are caught in the past but, fortunately, meet a Roman officer who helps and protects them. Together, they travel through ancient Judea and Galilee in an epic story of adventure and love, unaware that the fate of the world rests on their shoulders.
Read more
Other Formats: Paperback 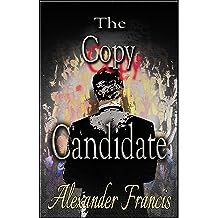 The Copy Candidate Oct 4, 2016
by Alexander Francis
$5.99
From out of the blue, another candidate for President of the United States is introduced to a gathering of reporters. They sit in stunned silence, not believing their ears or eyes. The man is identical in appearance and charisma to a former popular, but long deceased, ex-president.

He stopped in mid-stage and turned toward the stunned audience, surveying them calmly, deliberately taking their measure before speaking. He wore a small smile, understanding the impact he made. After looking back and forth and waiting until every breath was silent, he spoke. "My name is Ronald Reagan. I am declaring my candidacy for President." After hearing his voice and watching his face, his mannerisms, those present had no doubts. It was him.
Read more
Other Formats: Paperback 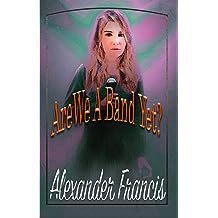 Are We A Band Yet? Sep 3, 2015
by Alexander Francis
( 1 )
$3.77
Discovering their mutual interest in music, Brenna and Daniel find a group of band members to join. Realizing that they need to develop their skills, they both seek out professional help. Coached by a former well-known singer, Brenna is guided into a spectacular beginning to her singing career. Daniel is instructed by a skilled, but crusty, old black jazz pianist who teaches him to become a versatile performer. Destiny and manipulative people separate the couple, propelling Daniel into a desperate search for the love of his life who has suddenly disappeared.
Read more
Other Formats: Audible Audiobook , Paperback 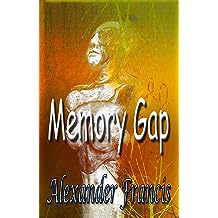 Memory Gap Jul 26, 2015
by Alexander Francis
( 1 )
$3.99
Unsuccessfully trying to repress the memory of a horrible event in her past, Gale realizes that her current life has become unbearable and agrees to take a chance on an untested treatment that has just become available, even though there are profound and unknown risks.

Treatment for Gale is directed at erasing her unwanted memory, but unforeseen complications occur, including confabulation, which leads to abrupt changes and new challenges.

Fortunately for Gale, she has friends who are there to help her: Jeff, a fellow graduate student, who is in love with her and will do absolutely anything for her, Peters, a relentless and ruthless detective who refuses to abandon her case, and Sibyl, her funny and sarcastic roommate, who also loves Gale in her own way.
Read more
Other Formats: Audible Audiobook , Paperback 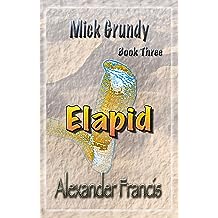 Elapid: Mick Grundy Book 3 Mar 8, 2015
by Alexander Francis
( 1 )
$3.99
The third in the Mick Grundy Series. Mick is pursued by both Iranians and the U.S. Government. He reunities with April, his old partner, and they travel to Germany. A stange partnership develops between old spys from the East and West and together they struggle against common enemies.
An exciting tale of spys, terrorists and traitors in the U.S. Government, but also a love story between two people torn between duty and their own desires.
Read more
Other Formats: Paperback 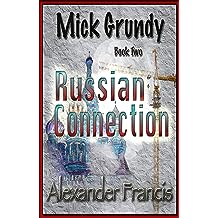 The Russian Connection: Mick Grundy Book 2 Mar 8, 2015
by Alexander Francis
( 1 )
$3.99
Mick Grundy, a private detective with a reputation for violence, is pursued by a beautiful Russian agent who wants him to assassinate a high ranking Russian Intelligence officer. From a lion’s cage in Tacoma to the streets of Berlin, Mick and his FBI associate, April, sort through a web of deception and ruthless killers. Mick is forced to choose between his partner or his mission and to save her, he is told to commit a brutal murder.
Read more
Other Formats: Paperback 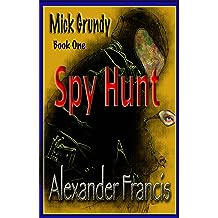 Spy Hunt: Mick Grundy Book 1 Mar 8, 2015
by Alexander Francis
( 1 )
$3.99
An unusual murder in San Francisco puzzles the SFPD. As the police start to piece together the facts, they become convinced that international spies are involved. Mick Grundy’s story unfolds, starting with his exploits with the CIA in an ill-fated mission in the Crimea. He becomes the hunted, and is nearly killed. Mick seeks revenge and is ruthless and savage when he finds a terrorist cell about to do mayhem to innocent civilians. The story returns to San Francisco where Mick becomes the hunter.
Read more
Other Formats: Paperback 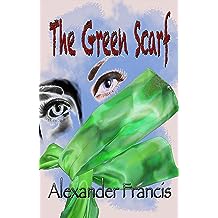 The Green Scarf Mar 5, 2015
by Alexander Francis
( 1 )
$3.99
Rick is a pre-med student who becomes obsessed with a beautiful classmate named Julie. She spurns his every attempt to talk with her so in desperation, and on the advice of a fellow student, he buys her a green scarf. He has been warned about her overprotective father, an officer in the Marines, but decides to pursue Julie in spite of the obstacles. Rick is drawn into a world of duplicity, uncertainty and danger, where people are not whom they seem to be, and facts shift as easily as flipping a light switch.
Read more
Other Formats: Paperback 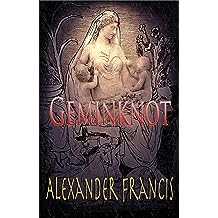 Geminknot Feb 25, 2015
by Alexander Francis
( 3 )
$3.99
A young reporter is assigned what she thinks will be a boring report on the lives of two elderly nursing home residents. She finds that their story is a wonderful tale of intense love over the length of their entire lives. The adventure begins with the tale of Mike who was switched at birth for one of a pair of twins. He has an unexplained but intense love for his sister Mary, and he discovers that she feels the same for him. A criminal mob intervenes in their lives, and the story takes a different and exciting turn.
Read more
Other Formats: Audible Audiobook , Paperback 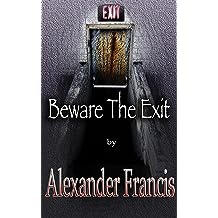 Beware The Exit Feb 25, 2015
by Alexander Francis
( 4 )
$3.99
Living a good life as an architect with a fiery, beautiful wife, Tom becomes angry when he mistakes another woman for her and makes an irreversible decision. Life for Tom changes abruptly, and he unwillingly travels different paths finding new and very different lives. His wife appears to him in his dreams, trying to bring him back, but eventually gives up. Tom finds adventure, a new love and has a harrowing escape from near death. His life is broken into what seems real while he is awake but also what seems real during his dreams.
Read more
Other Formats: Paperback