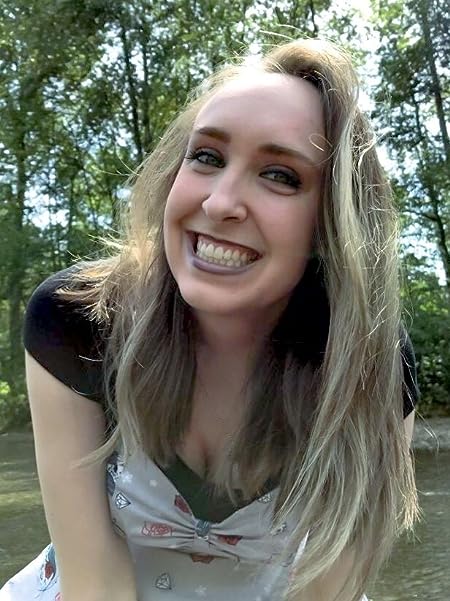 Alexandra Gardner, unofficial Queen of Chaos, writes action-adventure Dark Paranormal Romance. In her free time, she can be found sitting on the couch of doom with entirely too much coffee, her laptop (A.K.A. her other half), and two overly-affectionate cats laying across her wrists. She also enjoys roaming the Pacific Northwest, sleeping, and making up unrealistic, traumatizing scenarios for her characters. KING’S CHAOS is her debut novel. 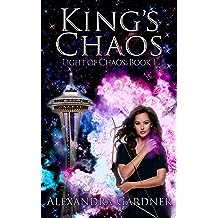 King's Chaos (Light of Chaos Book 1) Aug 11, 2019
by Alexandra Gardner
( 15 )
$3.99
When Worlds Collide: A Hunter trained to follow orders and the Sibyl of legend and time must work together to stay alive, if they don't kill each other first.

Samantha Anders is over the BS in her life. She can’t count the number of times Cardinal Sun mages have attacked her, threatened her, and been a general pain in her ass. Being the Legendary Sibyl has made her life a living hell. It isn’t like she asked for the ability to time travel.

When the ancient magic of Chaos flares, Sam is dragged back sixteen hundred years into the past and thrown at the mercy of new enemies. If that isn’t bad enough, Jeph, the self-confident mage trying to kill her, is taken along for the ride. Luckily for Sam, he needs to keep her alive in order to get home. Unfortunately, he's a rude, obnoxious flirt who likes to kill people—which would be fine, except altering the past means irrevocably changing their future.

If they can survive the Dark Ages, they’ll be forced to face each other… and the war within their hearts.
Read more
Other Formats: Hardcover , Paperback 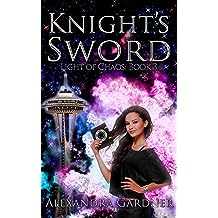 Knight's Sword (Light of Chaos Book 3) Sep 27, 2021
by Alexandra Gardner
( 1 )
$3.99
Reeling from the loss of her best friend, Samantha Anders searches desperately for a way to set him free from the cursed amulet he’s trapped within. But when a hexed grimoire offers a deadly solution, she’ll be forced to walk a path of darkness. If she fails, it could cost Sam her life.

Jeph Michealson can’t seem to find his center. One minute, it’s Sam’s smile. The next, he’s free falling in the abyss where the monster rules his heart. Forced to play a dangerous role as the liaison between two rival guilds, he’ll have to embody the monster within him in order to survive.

As a theater major, playing a role has always been Owen Merlin’s strong suit. Good thing, too. When he decides to infiltrate the Sterling Moon guild, he knows any second could be his last. And when a fellow Cadet learns his secret, he’ll find more trouble than he bargained for.

Every decision has consequences, and for Sam, Jeph, and Owen, each choice is a double-edged blade waiting to strike them where they’re most vulnerable…
Read more
Other Formats: Hardcover , Paperback 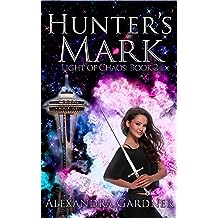 Hunter's Mark (Light of Chaos Book 2) Mar 20, 2020
by Alexandra Gardner
( 4 )
$3.99
When Pasts Converge: When one man’s lies lead to another’s betrayal, Sam and Evander will discover their lives are woven with dark truths.

Back in present-day Seattle, Samantha Anders is still dealing with the aftermath of her journey to the Dark Ages with secretive-but-gorgeous necromancer Jeph. As if lust hexes and lingering feelings for the infuriating man weren’t enough, Sam is still captive in overbearing Elite Hunter Evander's compound. He wants something from her but won't tell her what it is...and even if she knew, she isn’t about to aid her enemy.

Or that's what she thinks—until a shocking confession reveals their parents' deaths are linked.

Now, Sam and Evander will stop at nothing to unravel the web of secrets and lies tangling up their shared past. What they uncover will force a team of unlikely allies to band together to rescue a valuable hostage from their ruthless oppressor. If they succeed, they will piss off a powerful enemy. If they fail, they will be responsible for bringing the world to its knees.
Read more
Other Formats: Hardcover , Paperback