You've subscribed to Northwest Magic! We will preorder your items within 24 hours of when they become available. When new books are released, we'll charge your default payment method for the lowest price available during the pre-order period.
Update your device or payment method, cancel individual pre-orders or your subscription at
Your Memberships & Subscriptions
There was an error. We were unable to process your subscription due to an error. Please refresh and try again. 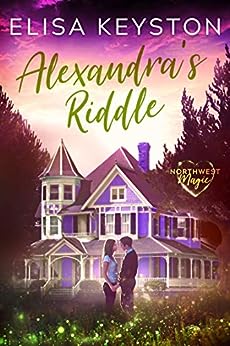 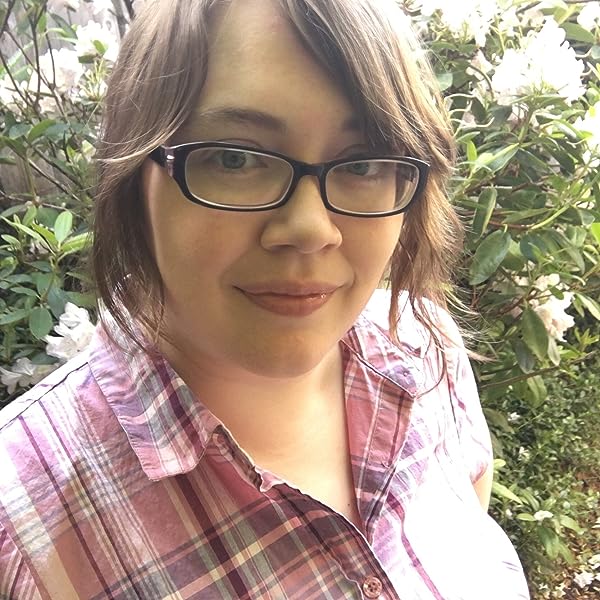 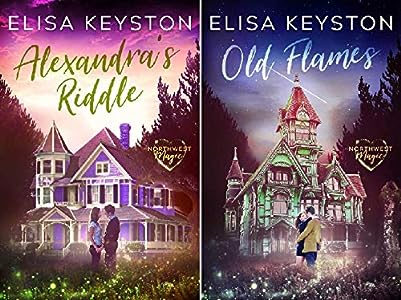 Elisa Keyston is an author of sweet romance with hints of magic, intrigue, and suspense. She was the series lead for the first season of The Pioneer Brides of Rattlesnake Ridge, a shared-world historical romance series from Sweet Promise Press, and she's also the author of the Northwest Magic series from Crimson Fox Publishing, a sweet contemporary romance series with a touch of magic and mystery set in her home state of Oregon. She's a graduate of Sonoma State University with a degree in history, which inspired her love of historical fiction and modern stories set in historic places. When she's not writing, Elisa spends most of her time gardening, collecting gnomes and fairies for her backyard, and fawning over her furbabies. --This text refers to the paperback edition.

Kindle Customer
4.0 out of 5 stars Great read
Reviewed in the United States on September 30, 2019
Verified Purchase
This was a well written story with relatable characters. The magic part felt like it flowed with the story and wasn't "so out there". It kept me intrigued and had me flipping through the pages to see what happens next. I'm glad there will be more books with the characters in them as I will enjoy seeing how their lives are going and what kind of things are happening.
Read more
Helpful
Report abuse

Jamie Bee
TOP 50 REVIEWER
5.0 out of 5 stars Several Riddles in Riddle
Reviewed in the United States on September 24, 2019
I live in Oregon, so I am always drawn to any fictional books that take place in my state. I love that the author actually chose a real town, Riddle, though it has been somewhat fictionalized for the story. I live just a couple counties away, so I loved hearing some somewhat local references in the book. This novel has a lot going for it: romance, mystery, and the paranormal (including the fae and brownies) as well as themes about responsibilities to self vs. others and keeping small-town life as it should be. The author actually did an excellent job of making the paranormal aspect seem just as much a part of the fabric of life in the area as the “real” human aspect. That's not easy to do, I think. I liked the main character as well as the quirky people who made up the community. A thoroughly enjoyable book. If you like paranormal stories with a touch of romance in a fair amount of mystery, you may very well enjoy this book.

Sophia Rose
VINE VOICE
5.0 out of 5 stars Engaging and Curious Paranormal Cozy Mystery
Reviewed in the United States on November 28, 2020
What could be better than a book laced with mystery, romance, and magic? I can’t think of a thing so I eagerly slipped into Elise Keyston’s Northwest Magic world and enjoyed this first in series.

Cass arrives in Riddle to settle her great-aunt Alexandra’s final affairs. The old Victorian house full of character holds good memories for Cass, but she has no intention of staying in place and keeping it. Or so she thinks, but a lonely little girl, a handsome man and his dog, and the rest of the quirky residents of Riddle have her wondering what it would be like to stay and maybe accept her magical gift of The Sight and the fae that comes with it.

The whimsical tone of the story pulled me right in. I loved the description of Alexandra’s home, her cat, and the fae and I was curious right away as the story introduced characters and situations. Cass was not an easy character for me to like at first the way she denied her gift and always had a foot out the door with the town and relationships. She plans to sell that gorgeous house to the developers. Thankfully, she encountered Matthew and Lily who were easily loveable and I could be patient for her to figure some things out.

I was expecting a more traditional cozy mystery with paranormal elements though that was me and not how the book was described. This leaned more toward a fantasy with romance because the gist of the story is that Cass has a magical gift and there is something extremely important that she has forgotten about her gift. She needs to embrace her gift and fulfill a promise before it is too late and not just for her. I really enjoyed where the story took me.

Blair Seibert was a first time narrator for me. Her storytelling and character voices enhanced to the story and I could see it well in my mind’s eye. I thought her distinction for the fae was exceptional. I would definitely listen to more of her work. The production was good quality.

All in all, this story was a great start to a series, but stands well on its own. The narration work was superb. I can heartily recommend this book to those who enjoy light fantasy romance.

I rec’d this book from Audiobookworm Promotions to listen to in exchange for an honest review.
Read more
Helpful
Report abuse

Esther Hadassah
5.0 out of 5 stars Sweet romance with a hint of magical-realism.
Reviewed in the United States on September 6, 2020
Elisa Keyston’s writing is whimsical, heartwarming, and overall very pleasant. And Blair Seibert reads the story with reverence to those aspects. I love Cass’ character and how she sees the supernatural realm. Down to the species of Fae living in the woods around Aunt Alexandra’s house. I also love that the story is set in Oregon. I’ve never been there, I felt like I was there. Not to mention Matt. Sweet, handsome Matt.
The audio itself was clean. No microphone feedback. No choppy cuts. It was smooth sailing. I actually listened to most of the audio with my eyes closed. I was transported into the story and could imagine each scene with vivid imagination. It was almost like watching a movie. Blair Seibert is a new narrator to me; before this book, I actually hadn’t known about her. I like finding new narrators to add to my list of voices.
Alexandra’s Riddle is a very pleasant read/listen, had me asking all the right questions, and I was rewarded with the answers. I definitely recommend this book. Don’t miss out!

I received this audiobook as part of my participation in a blog tour with Audiobookworm Promotions. The tour is being sponsored by Elisa Keyston. The gifting of this audiobook did not affect my opinion of it.
Read more
Helpful
Report abuse

Fleur W
5.0 out of 5 stars Loved the mix of romance and magic!
Reviewed in the United States on September 27, 2019
Solid 4.5 star
I totally got Cass not knowing what she was going to do and being torn between her childhood memories, what her Aunt Alexandra might want from her and the feelings she is trying to ignore. You never know quiet what is going to happen next which draws you into the story even more and whether you should put your trust in anyone especially Mr Green and the others he hangs out with. I can't wait to read more in the series and hope we get to know Matthews sisters more as well as see Lily more!

D. Werdin
5.0 out of 5 stars I love this book
Reviewed in Germany on December 29, 2020
Verified Purchase
I immensely enjoyed this Kindle book. I never would have startet this if it had not been part of Kindle Unlimited. But ist was so much fun to read.

And how I wish it be true that there are faes around me.
Read more
Report abuse

Amazon Customer
4.0 out of 5 stars Great clean fantasy romance
Reviewed in Australia on October 14, 2019
Verified Purchase
What a beautifully written story. The imagery the characters and the cheeky fae will leave you smitten. Case is truly gorgeous and Green simply delightful.
Read more
Report abuse
See all reviews