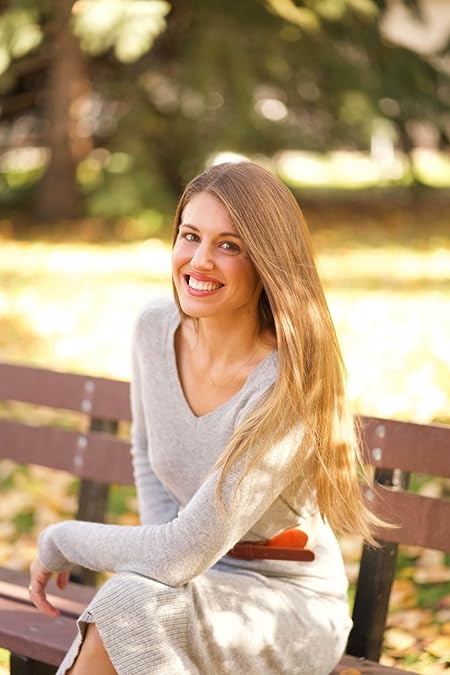 ALEXANDRIA NOLAN was born and raised in Michigan's second motor city, Flint. She attended the University of Michigan, earning a Bachelor of Arts in English. After graduation from university in 2008, Alexandria moved to Texas to teach History, English and Writing in the public school system. In the spring of 2013, she left teaching to write full time.

When not writing Historical and Contemporary Fiction with supernatural elements, Alexandria maintains a lifestyle blog, AlexandriaNolan.com. She is a frequent travel contributor to various online and print publications. She loves to read, travel and read about traveling.

She currently resides in Houston, Texas with her handsome husband and gorgeous son. 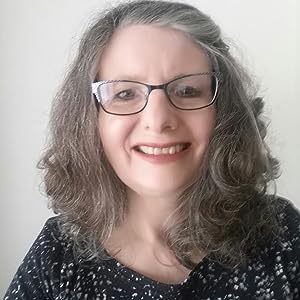 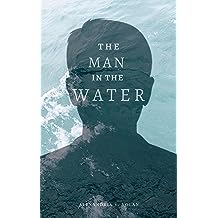 The Man in the Water Jul 28, 2022
by Alexandria V. Nolan
$3.99
The Man in the Water wasn't really a ghost story. It wasn't a cautionary tale either, it was, or rather, He was someone, some thing people whispered about.
It was an old story. Though, when you're young everything from before you were born seems old. But this was different. Children heard the stories from other kids, true, but also from their parents and grandparents. No one knew how the story had first begun, people often don't for these kinds of tales, but everyone believed it--at least a little.

He had existed in the water far longer than he had ever lived outside of it. Of that life, the life outside the waves, he remembered nothing. But now the water was all he knew. Except for her. He knew her, recognized her, always. And she saw him, too.
Read more 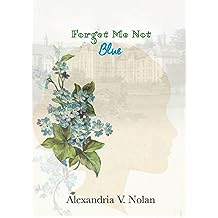 It is 1888, and Celia is locked away in the Northern Michigan Asylum. Far away from the life she had known before, with only her own doubts to her sanity, and the kindness of a few new acquaintances to guide her. Does she belong here, shut away from the world? Or is she being hidden for a nefarious purpose?

In 2011, Eve stumbles upon some strange objects at the bookshop she works in, located in the creepy old asylum. The more she learns about these forgotten possessions, the more she is drawn to the woman who owned them, and the mystery of her life. But will the trail into the past lead Eve anywhere worth going? Or is she fated to the same despair as the woman who left them behind?

Forget Me Not Blue is a tale of love, madness, the ghosts that follow us, and the possibilities awaiting.
Read more
Other Formats: Hardcover , Paperback 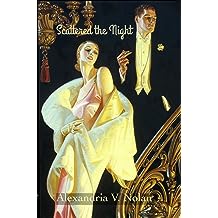 Scattered the Night: A Transcript of Short Stories from the Tale Teller's Guild Apr 7, 2017
by Alexandria V. Nolan
( 5 )
$2.99
Darkness falls at the Rosing residence. A grand estate outside of the city known for mysterious festivities and its rumoured secret society.

The Tale-Teller's Guild. A soirée for writers. A gathering that everyone whispers about, but many doubt is real. A salon where writers come together to drink fine forbidden vintages and share short stories.

Tonight's groups of authors include a romance novelist, an adventurer, a scandal, a cad, a war hero. The hosts are two beloved, aged literary legends. And then, there's Vida.
The stories aren't what she would expect. The tales they tell don't match the words they usually publish. The tales seem to spring unbidden, revealing the secrets of each novelist, essayist or poet.

That is the purpose of the Tale-Teller's Guild, after all. To remember. To reveal. To tell the stories locked within.

And even Vida has secrets.
Read more
Other Formats: Paperback 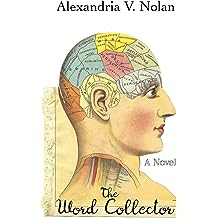 The Word Collector Aug 9, 2016
by Alexandria Nolan
( 11 )
$3.99
The past has a habit of invading the present. For Petra, a linguist and self-proclaimed wordsmith, her own history and future have a way of blending and mixing, blinding her from the moment at hand.

The past, though, is not a safe place for Petra. It is filled with terrors, with memories she buries beneath obsolete and archaic words.

Until the diary surfaces. A lost diary, discovered in a chest at the bottom of the lake. The book plunges Petra into the life of Nerissa Swifte, another woman that lived beyond the bounds of her own time. A woman whose struggles and sorrows echo Petra’s own.
The more Petra reads about this woman of the past, the more she finds her own history revealed.

But when all the painful memories are laid bare, where will Petra stand? Oblivious and tucked securely within the safety of her world of words? Or will she use the truth of her history to propel her into an unknown future?

Magic and memories, pain and secrets all await her at the lake’s edge. And words, glorious words—the greatest enchantments of all.
Read more
Other Formats: Hardcover , Paperback 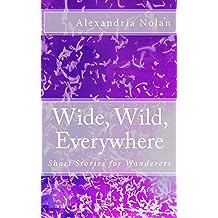 Wide, Wild, Everywhere is a trip through various lives, experiences, attitudes and adventures. From a man who bristles at the kindness of others, to a woman desperately trying to piece together the life she has never lived, or a girl haunted by her hatred for her long-dead sister... and all things in between.

A reminder of how all life is connected, except when it's not. And how much we need each other, except when we don't.

The stories weave in an out of each other, shedding light onto what it means to wander this world, and the heartbreaking (or heartwarming?) fact that wherever you go...there you are.
Read more
Other Formats: Paperback 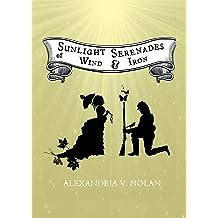 Sunlight Serenades of Wind & Iron: A Novel of the Great Lakes (Starlight Symphonies Book 3) Dec 26, 2020
by Alexandria V. Nolan
( 3 )
$3.99
Mackinac Island has always been a world apart from the rest of Michigan and the United States. But even this removed isle could not remain untouched by the brutality and anguish of the Civil War. The war has come and gone, but the wounds it has left on the island and those who dwell upon it are deep and scarring. There is Cordelia, a woman who is burdened with visions of the future. She has lost her father and her husband and yet must remain strong for her son--and for the islanders who depend on her. Florence, a woman who lost both husband and son to battles, who is forced to reinvent herself and find her place on the island. A preacher who tends the souls of the bereaved, and a young man who was not old enough to fight and feels less because of it. And finally, a returned soldier. A man who was said to be dead. He returns, a ghost of the man he once was. How is it possible that he has survived? Where has he been since the war came to an end? Mackinac, an island once so full of spirits and enchantment, has begun to lose its magic. The winds of the mainland have begun to blow in, little by little. Will Mackinac and its magic blow away with that wind? Or is there a bright future gleaming on the horizon?
Read more
Other Formats: Paperback 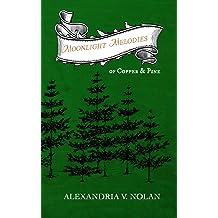 Moonlight Melodies of Copper & Pine (Starlight Symphonies Book 2) Nov 14, 2015
by Alexandria V. Nolan
( 9 )
$2.99
There is a barrier that exists between the living and the dead. Between memory and thought, yesterday and tomorrow. A line that cannot be stepped over.
Four lives, one island. Four lives, tangled and snarled together creating the future. It is 1843 and the isle of Mackinac still shines brightly from her perch on the straits of the wild north. An island full of interesting characters and native enchantment.
A young woman with strange gifts of magic, years to leave the shores she knows too well. She wants nothing more than to capture the life that floats just beyond the waves.
A young man who feels his body is a prison. His weaknesses making him worthless in a place where action and daring are prized.
The English doctor, who cannot forget the sins of his past, or move beyond the blood that flares crimson on his hands and in his memories.
And a lawyer, who has no home. He is part Huron, and part French, a stranger amongst all people. Despite his loneliness, he fights relentlessly for the rights of the natives. No matter the cost to himself or those whom he loves. Moonlight Melodies tells the story of murder and redemption, of passion and sacrifice. A story as wild as the northern moonlight shining through the darkness of pine boughs, with magic as old as the island itself.
Read more
Other Formats: Paperback 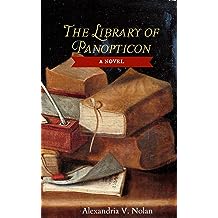 Julian Cole has lived a marvelous life. Up until his parent's death, the wide world lay spread before him. He traveled far and often, admired great art in the grandest museums and filled his mind with every book he could get his hands on.
Since their death, however, the world has gone dark. He is unsure of his place, uncertain where he truly belongs.

Until he finds the book.
Or, rather, the book finds him. The book whose pages spring open to reveal a hidden world that Julian could have never imagined. A magical place where stories are alive and the characters within them live and breathe. And love.
A place where Julian's skills and experiences are the greatest hope against a force of evil.
From the sweeping history of turn of the century Detroit, to fantasy tales made real, his journey will lead him to unbelievable adventures. Armed with a clear mission and new allies, Julian must find the path through the dark opposition that seeks to destroy his destiny.
Read more
Other Formats: Paperback 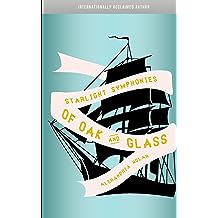 A stirring novel of history, of magic, of the mysteries of the northern lakes, and the spell they cast over those who know them.

An ordinary crossing from Detroit to Mackinac Island in a wild 19th century Michigan, turns desperate as the ship runs afoul of the weather. In turns the victim of a series of eerie calms and inexplicable storms, the schooner is a captive on the whims of the lake.

The characters take turns telling the tale, each having their own story to reveal. The crushing obstacles of the voyage shine light on the past lives, loves, betrayals and misdeeds of all aboard. The brave company must find redemption, if they are ever to sail brightly toward their destiny.
Read more
Other Formats: Paperback 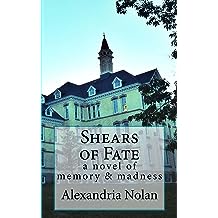 A broken young woman finds herself lodged in the wilds of a Northern Michigan asylum. Separated from the life she had known in Chicago, she grieves alone after a beloved friend has been murdered.

Through electric shock treatments, hydrotherapy, and strange visitors, she tries to piece back together the life she once had--the life she almost remembers.

Before she can answer the questions about her own past, however, she will have to delve into the tragedy that brought her there in the first place. Only then can she divine why the ghostly presence of her friend continues to haunt her.
Read more
Other Formats: Paperback