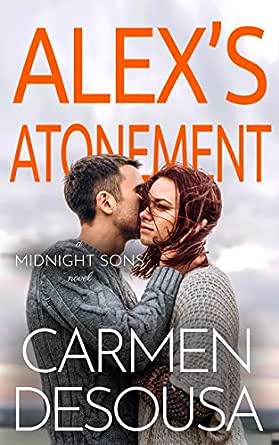 You've subscribed to Midnight Sons! We will preorder your items within 24 hours of when they become available. When new books are released, we'll charge your default payment method for the lowest price available during the pre-order period.
Update your device or payment method, cancel individual pre-orders or your subscription at
Your Memberships & Subscriptions
There was an error. We were unable to process your subscription due to an error. Please refresh and try again. 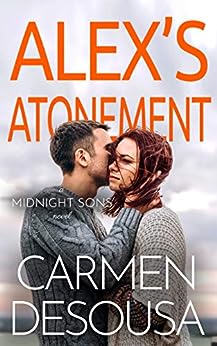 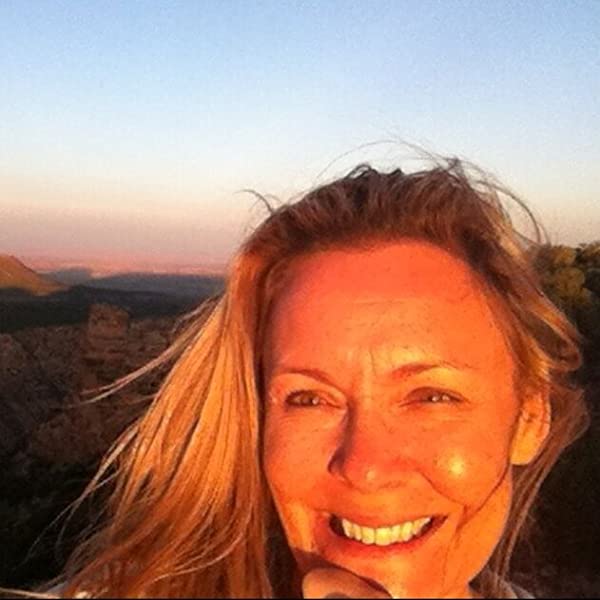 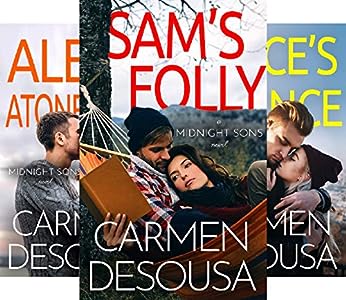 ⭐⭐⭐⭐⭐ "An escape into the remote wilderness, with scenes that'll take your breath away and characters you can't help but love." -- TOP 100 VINE VOICE

⭐⭐⭐⭐⭐ "Suspense and romance with a good storyline." -- Goodreads

4.3 out of 5 stars
4.3 out of 5
81 global ratings
How are ratings calculated?
To calculate the overall star rating and percentage breakdown by star, we don’t use a simple average. Instead, our system considers things like how recent a review is and if the reviewer bought the item on Amazon. It also analyzes reviews to verify trustworthiness.
Top reviews

Sue's Reviews
3.0 out of 5 stars Insta-love and a touch of danger on an Alaskan island. Three bemused stars.
Reviewed in the United States on March 16, 2020
Verified Purchase
If you don't mind insta-love and a rather far-fetched plot, you'll probably like this book. It was a bit too implausible for me. (WARNING: SPOILERS AHEAD!)

Alex (our hero) blames himself for his father's death, so he decides to commit suicide by "accidentally" wrecking his plane so his mother and brothers can collect on his life insurance policy. He unscrews the bolts holding the plane's radio and tosses it out the window so he can't call for help. (Does he think accident investigators won't be suspicious about a missing radio?) But before he can carry out his plan, he notices a wrecked plane on a deserted Alaskan island, and that plane's passenger just happens to be Irene--the woman he met (and slept with) the night before. What a coincidence!

He pulls Irene out of the wreckage, she saves him from drowning, and they spend two days on the island, falling in love, having sex (nothing explicit), and encountering some drug runners looking for the bags of meth Alex recovered from the wrecked plane. This whole island scenario drags on for 180 pages.

The pace finally picks up when the main drug runner (Cal) helicopters onto the island, kills one of his cohorts (not sure why), and takes Irene hostage. He holds her at his base near Anchorage until Alex arranges to deliver the bags of meth he's hidden on the island. The bad guys are dumb, of course (as most bad guys are). They don't even search Irene for weapons (she has a pocketknife in her jacket.) Alex and his brothers arrange a swap at the Anchorage airport and rescue Irene, but the bad guys drive off with the bags of meth worth nearly two million dollars. When one of the brothers says, "Maybe we need to call the authorities," Alex replies, ". . . I doubt they'd issue an all-out manhunt for the van based on our word alone." Seriously? The cops wouldn't be interested in finding two million dollars worth of meth?

Meanwhile, Irene goes into shock at the airport when her ex-fiance appears and wraps her in his arms. Why did he suddenly fly up from San Francisco at this moment, when he'd walked out on her a year earlier? That made no sense. Anyway, she's hospitalized for her shock, she argues with her ex and he walks out (again). Her parents and sister show up, cooing and crying "kind words and encouragements for untold minutes." What the heck? Her family drove her away from home 17 years ago because they believed she'd had an abortion (it was actually her sister). Why the sudden love and kisses now? Again, that made no sense.

It gets even sillier when Cal (the main bad guy) gives Alex the two bags of meth to drop back on the island for someone to pick up. It seems Cal is dumb enough to believe Alex wants to be a drug runner, too! And Cal abducts Irene again because he wants her for himself, I guess. The mess gets sorted out in the last chapter, if you make it that far. And the brothers dance their way through the epilogue.

Mona
5.0 out of 5 stars Loved
Reviewed in the United States on April 15, 2020
Verified Purchase
New author for me. This book was amazing. I loved the first as well.
The one had suspense and I loved Alex and Irene. Alex blamed himself for his fathers death.
Irene was living her life to the fullest. But what she didn’t expect was what happened with Alex.
They met his brothers wedding. You may say she crashed the reception..
The next events that happened were exciting and gut wrenching to say the least.

Buy the book and see what happens. So good. I can’t wait for the others.
Sams Folly Book 1 was amazing too.
Read more
2 people found this helpful
Helpful
Report abuse

JLocke
5.0 out of 5 stars Kept my attention
Reviewed in the United States on March 20, 2020
Verified Purchase
Nonstop action and a great visit to Alaska, especially after being wrecked on an island with drug runners after Alex and Irene. The romance was sweet, but the well written characters both faced really tough circumstances in life. I was anticipating and hoping they could find their way through their personal prisons. Some things were lacking, like a dialogue when Irene visited her family and what happened after Alex met Cal at the airport and then on Saint Paul Island. Overall, though, I really enjoyed this book.
Read more
One person found this helpful
Helpful
Report abuse

Diana
5.0 out of 5 stars Very different, exciting, plus learned a lot about ALASKA.
Reviewed in the United States on January 20, 2021
Verified Purchase
I thoroughly enjoyed this book. Different from of many others trying to find the magic ingredient. The time spent on the island was believable and down to earth. It kept my interest all through. That is hard as I read 6or 8 books a month. Cant stand a boring book. This definitely was not. Liked the love among the family.
Read more
One person found this helpful
Helpful
Report abuse

TAC
4.0 out of 5 stars Uneven plot
Reviewed in the United States on December 26, 2020
Verified Purchase
The best part if this story was Alex and Irene’s early time on the island. The plot moved along and some of the characters were well drawn. The details of how Irene resolved her family relationships were nonexistent. It just seemed unrealistic that her family would have shown up at the hospital all smiles etc., and no awkwardness after that time. It also didn’t seem realistic, that in such a small community, the Sons didn’t know about Cal’s illegal side business.
Read more
Helpful
Report abuse

Bacord2008
5.0 out of 5 stars Love Love Love this!!!!
Reviewed in the United States on August 6, 2020
Verified Purchase
This author NEVER disappoints!!! Wow. You definitely knocked this one out of the park as well Carmen. I love this series as well. Can’t wait to see what the future holds. Thank you so much for another great read!!! 💙💙
Read more
3 people found this helpful
Helpful
Report abuse

Kindle Customer
3.0 out of 5 stars Alex's atonement
Reviewed in the United States on April 11, 2021
Verified Purchase
Not really my kind of story. Ending was predictable and the story somewhat unique. I enjoyed the setting and learning new survivalist techniques.
Read more
One person found this helpful
Helpful
Report abuse

Kindle Customer
4.0 out of 5 stars Good
Reviewed in the United States on March 11, 2020
Verified Purchase
Nice story with some excitement. I like the settings. The Midnight Sons are interesting. It needs a tiny bit of editing
Read more
One person found this helpful
Helpful
Report abuse
See all reviews