You've subscribed to Once upon a NOW! We will preorder your items within 24 hours of when they become available. When new books are released, we'll charge your default payment method for the lowest price available during the pre-order period.
Update your device or payment method, cancel individual pre-orders or your subscription at
Your Memberships & Subscriptions
There was an error. We were unable to process your subscription due to an error. Please refresh and try again. 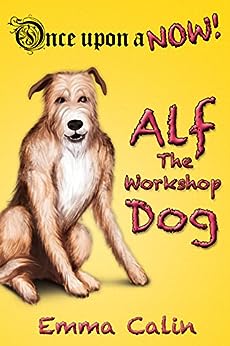 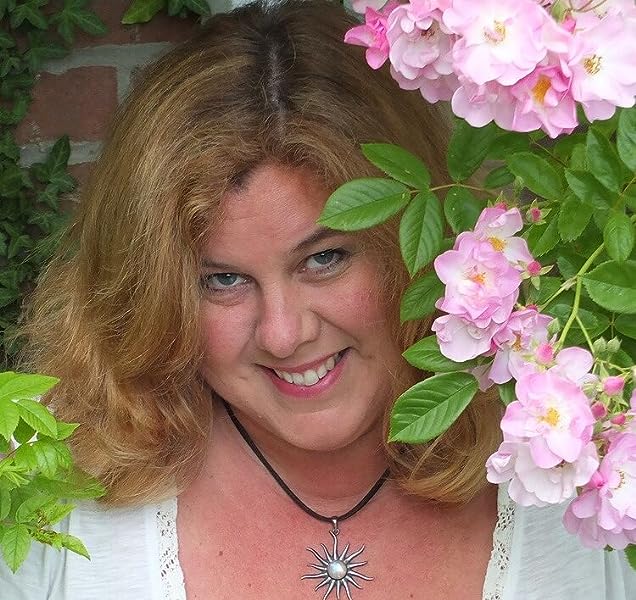 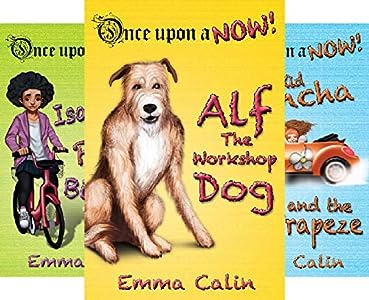 4.0 out of 5 stars
4 out of 5
61 global ratings
How are ratings calculated?
To calculate the overall star rating and percentage breakdown by star, we don’t use a simple average. Instead, our system considers things like how recent a review is and if the reviewer bought the item on Amazon. It also analyzes reviews to verify trustworthiness.
Top reviews

Barbara MojicaTop Contributor: Children's Books
TOP 1000 REVIEWER
4.0 out of 5 stars PEACEABLE KINGDOM
Reviewed in the United States on September 4, 2016
Verified Purchase
Quite a mouthful for a title; first in a series of books. This chapter book of approximately sixty pages is available in kindle format, paperback and audio. An interesting feature is the quality code imprint set into the text which allows the reader to access video, coloring pages, and more background on the story. If this book is broken down into chapters for a read aloud, it could be used as a bedtime story.

The fairy tale adventure opens in the kingdom of Zanubia where Alfredo, a gentle and lonely boy, struggles in his role as prince. The king expects him to become a great warrior and conqueror. Alfredo is only at peace when the king is off to battle. Alfred's mother allows him to sing and play in the forest where he meets a girl named Laura who becomes his friend. When Alfred grows up and refuses to fight, he is thrown into prison. Eventually Alfred is released with the expectation that he will become a merciless hunter and warrior. The king is dismayed when his son stands up for Laura who is accused of stealing. She escapes and Alfred follows., but they are not destined to be together. A golden crow warns the prince he must hide if he does not want to be killer. Alfred is transformed into a dog named Alf, who will lead many interesting lives while observing humans.

What will happen on Alf's many adventures? Is Prince Alfred gone forever? Does Laura survive? What happens to the kingdom of Zanubia?

The length of this chapter book makes it a good choice for reluctant and beginning readers. Charming pencil drawings and those interactive bonus features keep things interesting. The plot is easy to follow and the characters believable. Great choice for boys and girls in the seven to eleven age range.
Read more
One person found this helpful
Helpful
Report abuse

Grady HarpTop Contributor: Children's Books
HALL OF FAMETOP 100 REVIEWER
5.0 out of 5 stars `A soldier's march is never done; war passes on from king to son.'
Reviewed in the United States on November 13, 2014
Verified Purchase
British novelist Emma Calin is, in addition to being a novelist, a philosopher, blogger, poet and would be master chef. She is a woman eternally pedaling between Peckham and Pigalle, in search of passion and enduring romance. According to Emma Calin's statements, `I live between the UK and rural France with my sexy partner and lover Oscar Sparrow. Between my partner and I we have seven wonderful children with ages ranging from 44 through to 15. They are spread between the USA, the UK, France and Azerbaijan. My writing is far too sexy to come from a grandmother - but I am! It will be a while before they read most of my books...I have never woken up to a day when I didn't want to write, even when I have been working in hotel kitchens, stuffing feathers in a mattress factory, operating a bakery and all manner of temporary office work.' ALF THE WORKSHOP DOG represents yet a new direction for this talented artist, the first volume of a new series she calls `Once upon a NOW' - modern fairy tales for the Young Adult readers complete with illustrations by Michael Abellera. Reading about the author gives a solid hint of what to expect.

Going along with the traditional of fairy tale form she opens her story, `Once upon a time, in a land called Zanubia, there lived a young prince called Alfredo. He had never asked to be special, but his father was the King and his mother was the Queen. His mother was kind and loving. She cared for the people and encouraged Alfredo to leave the palace and mix with them. He was a gentle boy who loved music, books and the animals.
His father was a stern and angry king who demanded obedience from everyone. Often he was away at war with all of the neighbouring countries. He was a soldier without mercy and all men trembled at the sight of his huge sword, which he carried in his hand at all times. He saw all others as enemies.' And Alfredo is destined to become the king someday...But when the king is away Alfredo plays his guitar and meets the beautiful Laura, and as the gentle prince grows up he informs the king he cannot follow his father's example. Alfredo is imprisoned, receives a supportive letter from Laura, but when the king announces that Alfredo's mother is dead he demands Alfredo become a warrior, and is doomed to marry a Princess form a conquered land. Alfredo attends a party before the hunt and there defends his friend Laura who is accused of stealing bread: Alfredo helps her escape into the forest. The knights and the king are out to capture Laura but Alfredo charges into the forest, helps a wounded deer who tells him to take her to a place in the forest no human knows. Magically a golden crow gives aid to the deer and turns Alfredo into a dog so he will be safe and never be recognized as Prince Alfredo. He returns to Zanubia as a dog, but when he sees how poorly dogs are treated he returns to the sacred soot in the forest and on into the future where he lived as all manner of dogs, ever under the protection of the crows. Finally he comes to contemporary times as Alf the workshop dog and had many friends among the humans and meets Laura again - and with the magic words from the golden crow he once again becomes the kind prince Alfredo, the people of Zanubia welcome him and he marries Laura and changes the laws of the land - all people must say `Will you be my friend' throughout the land. And of course everyone lives happily ever after.

In addition to the charming new fairy tale, Emma and Michael have introduced audio and video components into the fabric of the story, making this a VERY contemporary fairy tale. And a very successful one, too! Grady Harp, November 14
Read more
5 people found this helpful
Helpful
Report abuse

LA Howell
5.0 out of 5 stars Will you be my friend
Reviewed in the United States on November 25, 2014
Verified Purchase
Alf The Workshop Dog Book 1 (Once Upon a Now series) by British author Emma Calin is a 63 page book. It has thirteen chapters, a note about the real dog Alf and an author bio. It is a perfect fit for the early chapter book readers. Calin is an award winning writer that also has books published in several genres including, action romance, gritty short stories and children’s modern day fairy tales. Book 2 in the Once Upon a Now series is Isabell’s Pink Bicycle and Book 3 is Kool Kid Kruncha and the High Trapeze.
I am a sucker for a good fairy tale and this story hits the mark. It is imaginative and whimsy which will be very appealing to the younger crowd. It was also an original idea to include the additional content available by smart phone, videos and images. It will draw the reader in and enhance their reading experience. Kudos to Calin for a terrific book.
Read more
One person found this helpful
Helpful
Report abuse

Rob Natiuk
5.0 out of 5 stars A most imaginative book in the English tradition of children's literature.
Reviewed in the United States on April 20, 2015
Verified Purchase
The king of Zanubia loves to fight and make his country supreme. But his son Alfredo doesn't want anything violent. This produces a lot of tension as Alfredo disobeys the king, who is also his father. So off to prison Alfredo is sent. And that's where the lovely Laura comes into the picture. So you know that there has to be a saving resolution for Alfredo.

Ah, that's where the plot thickens! Father king releases Alfredo, thinking that he'll make his son brave and obedient yet. So now enters a deer whose life Alfredo spares. And "The Great Crow of the World" with magical powers and reassuring prophecy. So what does Great Crow do? He turns Alfredo, the King's son, into a -- dog! Alf the Dog, of course! As a dog in the coming years, Alf finds a new home and new master. And he learns wisdom. How will that wisdom turn his world and his father's world around? Ah -- that's the intriguing story!

The author assures us that in this story, "No dogs or humans were harmed in the making of this book." You and/or your youngsters are invited to join the author's special "once-upon-a-now-club." They can also secure a free coloring book. You're also introduced to the author's next book, "Kool Kid Kruncah and the High Trapeze." What an imagination this author has, huh? Being British, she invents stories in the best tradition of English children's literature.
Read more
One person found this helpful
Helpful
Report abuse
See all reviews

Catherine
3.0 out of 5 stars Unusual but somewhat contrived book.
Reviewed in the United Kingdom on September 6, 2015
Verified Purchase
This was a rather unusual book. One of the selling points was that is was interactive, but I was hesitant to link to external sites, so simply read it as as story.

It was an interesting little tale, but felt rather contrived. The ending appeared quite sudden too.

Overall it was a book we got some pleasure from reading, but I would not read again.
Read more
Report abuse
See all reviews
Back to top
Get to Know Us
Make Money with Us
Amazon Payment Products
Let Us Help You
EnglishChoose a language for shopping. United StatesChoose a country/region for shopping.
© 1996-2021, Amazon.com, Inc. or its affiliates