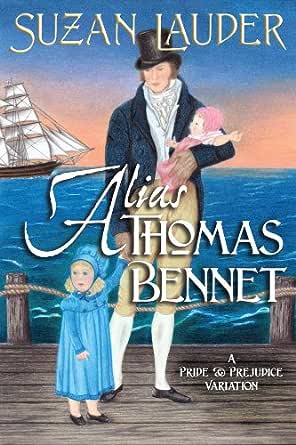 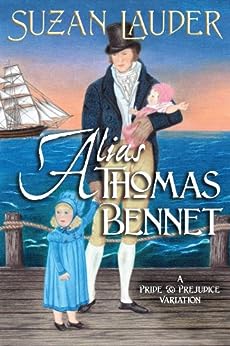 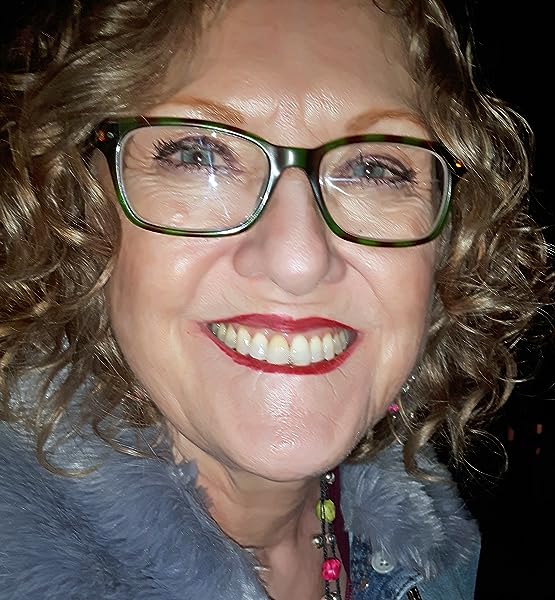 "I loved that even when I thought I'd pieced together Mr. Bennet's story, I hadn't, and that even after all was revealed, I still had no idea how it would all play out. Alias Thomas Bennet is a real treat for fans of Austen-inspired fiction, and I cannot praise its originality enough." 5 stars--Anna Horner, Diary of an Eccentric.

"...the mystery at the heart of the story keeps you on edge. Not only in hopes of unraveling the mystery, but wondering if it will impact Darcy and Elizabeth in an unexpected way." 5 stars--Rose Fairbanks, The Darcy Obsession.

"What I loved most about this story was that it had a duel plot - besides the present-day story of Mr. Bingley letting Netherfield Park, readers learn about the traumatic experiences Mr. and Mrs. Bennet faced twenty years ago and how those experiences brought them together through periodic flashbacks." 4 stars--Meredith Esparza, Austenesque Reviews.

"I love a book that gives something extra with the storyline, and this one has it in the bag, a twist with a twist, love it." 5 stars--Jules, Amazon reader.

"When lots of authors are giving the same personality to the characters with the same or very similar story line, it is a real pleasure to read something...refreshing but not too contorted. ...if you are open to those sort of variations which are making alterations in characters and story line, you'll like it. It's well written and well edited, plus besides Elizabeth and Darcy and Jane and Bingley romance there is another equally wonderful story." 5 stars--Míra Magdó, Obsessed with Mr. Darcy.

"...after reading and enjoying Letter from Ramsgate, I searched for previous books by Suzan Lauder. And found Alias Thomas Bennet. And I'm very glad I did. The premise is, as far as I know, unique amongst JAFFs: it's almost like stepping through the looking glass." 5 stars--Janis B., Every Savage Can Dance.

"What if Mr. Bennet was opposite to the persona Jane Austen presented in Pride and Prejudice?"

When I decided to change the entire personality of Mr. Bennet to remove his canon flaws, I realized that many key plot points of Austen's influential novel would be affected, and decided that nothing was sacred. The butterfly's wings had flapped, resulting in a "New and Improved Bennet Family." Whilst they remain the same in essentials, the Bennets have each learned to manage their personal weaknesses.

A warning to sensitive readers: there is violence and sex in this book. I thought long and hard about which mature scenes to retain, and was supported by my editor. As a result, those that are included are integral to this complex tale with two story streams surrounding the mystery of "Who is Thomas Bennet, and why is his family so different from the original?" The cover note warns of a brief,non-explicit scene of sexual violence, which is in the preview. The remaining mature scenes are mild, honest descriptions of youthful curiosity, natural passion, and monogamous love that complete these characters' stories.

Editor Gail Warner proposes one word to describe Alias Thomas Bennet: "unique." Without a doubt, this novel is singular as a Pride and Prejudice variation--and you'll die when you learn the identity of the true heir to Longbourn!

Saucy opinions like "The person, be it gentleman or lady, who has no pleasure in a good novel must be intolerably stupid." won Suzan Lauder, who thought, "I have to read more by this woman who writes with such snarky humour!" And another Jane Austen fanatic was captured in the clever dead author's net.

Lauder shares her passion for Austen and the Regency period as a reader, writer, researcher, beta editor, and mentor of new authors through her active membership in like-minded communities such as A Happy Assembly and JASNA. After four years of writing unpublished fiction for the Meryton Literary Society and the Derbyshire Writer's Guild, Lauder's first novel, Alias Thomas Bennet, was published by Meryton Press. Her next published offering was Delivery Boy, a short modern romance in the Meryton Press holiday anthology, Then Comes Winter, which was listed as a Book Review Blogger Favourite for 2015 on three sites. Suzan continues to write Austen-inspired fiction as therapy. Her latest published novel, Letter from Ramsgate, came out in October 2016 to rave reviews. It won "Cover Wars" and "Book of the Week" at Author Shout and was an Amazon bestseller in two categories, and cracked the top ten in Regency Romance.

Lauder has a love for research, Regency or otherwise, and not only ensures her novels are historically correct, but includes fun period facts to support complications. She loves to share writer tips, Regency fun, author friends' newest releases, and other personal interests on social media: @SuzanLauder and facebook.com/SuzanLauder/.

The back cover contains an original drawing by cover artist Janet B. Taylor, a reason why you may prefer the paperback over the Kindle book. --This text refers to the paperback edition.
Read more