The Alien Effect (The Archives of Varok Book 3) and millions of other books are available for Amazon Kindle. Learn more
Share <Embed> 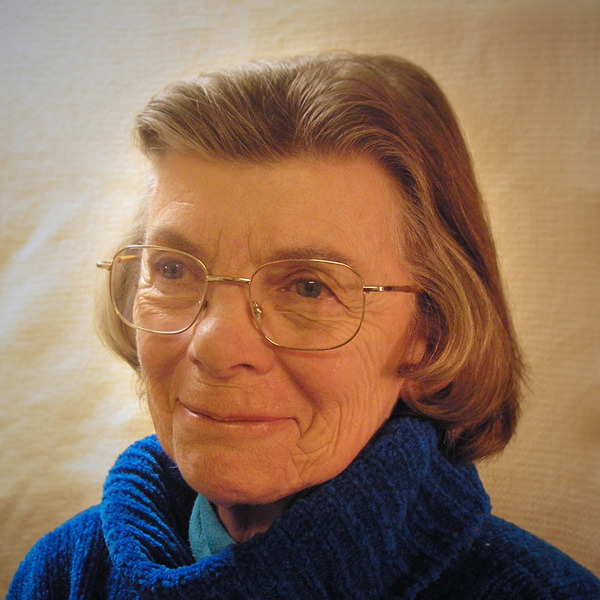 The Alien Effect (The Archives of Varok) Paperback – November 3, 2014

By turns wondrous, wise, witty, tense and gripping...an auspicious new entry in this daring series that refuses to stick with easy answers or safe issues...finds just the right balance between candid political commentary and a tale...for both adult and young-adult readers. Frank Kaminski, Resilience.org

.. a fantastic book, and my review of it is at:
guardianlv.com/2014/11/the-alien-effect-by-cary-neeper-book-review/ ..."captivating characters and the main character, Shawne, has a noble goal she pursues, despite being met with people who do not always like the message she is trying to teach them. ...reading the first two books in the series is highly recommended, as they are both great, and will provide useful background to help understand and get into The Alien Effect quicker." Douglas R. Cobb

Could 21st century humans find themselves in a position where they would welcome help from an alien intelligence? Or would too many egos get in the way of considering the very hardest choices? Would we really rather suffer through periods of "boom and bust" than admit to our basic mistakes? How would nature react in the long run? Would the unpredictable nature of super complexities in the world capture the answer for itself?
These are a few of the many questions posed in this third book of The Archives of Varok. Many more specific book club discussions are suggested on the Archives' web site.

The sequel to Nautilus silver medalist [and Foreword Book of the Year Finalist] The Webs of Varok and third in Cary Neeper's Archives of Varok series, The Alien Effect follows the travels of an unlikely alien family across an alternate 21st Century Solar System...to set up a school in California.

Cary Neeper raised her family in the US southwest with her husband and a friendly menagerie of dogs, rabbits, fowl, and one loveable skunk An avid proponent of sustainability and steady-state economics since the 1970s, she studied zoology, chemistry and religion at Pomona College and medical microbiology at the University of Wisconsin. Cary paints landscapes in acrylics, including the cover art for The Archives of Varok
Read more

Start reading The Alien Effect (The Archives of Varok Book 3) on your Kindle in under a minute.

Denzil Pugh
4.0 out of 5 stars Bringing it all Back Home...
Reviewed in the United States on December 14, 2014
The easiest way to write a Science-Fiction novel is to do away with Old Earth. Let the action take place on some planet in a distant galaxy, long ago, or even better, lets just destroy Earth completely and let man explore the stars in their ragged looking spaceships, like some nomadic band of camel riders in the foreign desert. I guess it's Romantic that way, to push the future away, for the goals that mankind has reached and surpassed are so far away from us now, we could never reach them. Or at least, that's what we realistically think.

But of course, the Science-Fiction writer's most fervent wish is to bring the message of a better Earth back to his or her reader. Than mankind can be better than what he is now, knock down the obstacles that hold him back, find his way through the unknown and progress to a Utopia that must be reachable. There are frontiers out there, if only we could get past our own failings and reach them. However, the challenge for the writer is to portray an Earth that has changed sometimes beyond what we could even imagine it being, for the better or, more often, for the worse. A world of biological or nuclear wastelands, of endless pollution, of environmental catastrophes, or of a population that has to live in a world like The Fifth Element or Corsucant from the Star Wars series.

It's hard, really it is, because a story taking place on Earth has to contend with the myriad of issues that plague our homeland. It's possible to become overwhelmed by them. And more likely than not, if you bring the hope of progress to the reader, they will find cynicism and discouragement, as it's something that, given the condition of the world currently, it would be impossible to achieve.

I say all this as a preface to a review of Cary Neeper's third book in the Chronicles of Varok series, The Alien Effect. You must read the first two books first before this one (unlike the second book, which is easily read without the first). It's the first criticism of the book, that a prologue might be in order, to catch a reader, even if they have read the other two, back into the groove of the novels themselves. The third book continues Neeper's quest of bringing a palatable model of steady-state economics to the attention of the world. And unlike most other scholars on the subject, she's trying to do it through the application of the system in a fictional world. And unlike most other Science-Fiction writers, she accomplishes her goal with remarkable, robust characters with a similarly developed culture. The Varoks, Ellls, and Ahlorks (Nidok's dialogue is excellent!) are great alien races, who are developed by dialogue, which is the best way to write a Science-Fiction novel. I cannot praise enough the characters that Neeper has made. As a writer, she has this aspect completely mastered.

Unlike the first two books, the plot suffers from being on Earth, with all of the complexities that must be taken into consideration when dealing with the world we live on. I found some parts, especially on the boats out in the Pacific, to be gold mines of interaction between Alien and Human, places where the general plot can be fleshed out. I would have loved to have heard the conversations between Orticon and the Captains, or Nidok and the humans aboard ship. The plot twists, the sudden storms, the traps laid by fishing vessels, they tend to just appear, in a couple of sentences. The difference between this book and the other two is that the plot in The Alien Effect is progressed by external events and directions, whereas the first book took place within a small moon-base, and The Webs of Varok took place on a small, hidden moon of Jupiter. The crises in both novels were internal, happening within the minds of the characters. In The Alien Effect, Neeper has to bring that conflict to Earth, to handle the problems and complexities of bringing the Steady-State system of Varok to our own planet.

In most Science-Fiction stories, like Neal Stephenson's Anathem, for instance, this problem of plot isn't a big deal. I love Anathem, and as long as I don't have to worry about the plot, I can read that book forever, with its philosophical conversations filling pages upon pages. But again, bringing the setting to Earth makes doing this much more complicated. The scenes with Shawne at the Economic School on Earth tends to become a background issue, one that is mentioned only as a backdrop for Shawne's moods and her attraction to visitors later in the book. The idea of population control, one that is essential for Steady-State to work, is whisked away by objections by devout religious students, who suddenly disappear, taking their argument with them. The futility of Shawne's efforts with mankind becomes evident, and I'm not so sure that we don't need more of that hope here. This combines with the diary or textbook sections that talk about the actual "Alien Effect," which show that the actualization of Shawne's dream doesn't happen for millennia, and only because of extraterrestrial influences on human evolution (without the black monolith and the usage of "Thus Spoke Zarathustra"). This part also needed some fleshing out, with maybe some of the students becoming actual characters, which would have been great, as Neeper's ability to make outstanding characters would have added to this section. Shawne and the Varoks and Ellls could have had a Plato-like discussion which would have been essential in bringing the ideas of Varok to the fictional Earth and to our own world as well.

And while I criticize the book, I would easily rate it (on the Amazon scale) as 4 stars, because I've read the other two novels, am familiar with the ideas of Steady-State Economics, and love the interactions with the characters. This is never a problem at all with any of the stories, and is usually the main criticism I have of other idea-based Science Fiction novels. To see what I mean, without taking too long to wade through an entire book made by, say, Robert Silverberg or Clifford D. Simak (both have written amazing books, by the way, so I'm not saying don't read them, but just to throw out a quick example) go watch the first Science-Fiction feature film to hit theatres, Rocketship XM, which was covered by Mystery Science Theater 3000 in the 90's. This demonstrates how characters should not be created.

So to end the review part of this, go read the first two books, then read this one, and anticipate future novels, and you'll have no problem with the shortcomings of the third book. I don't either, actually, but as a reviewer I have to maintain an honest opinion of the book as written, separate from the rest of the books in the series.

Carrie Kilgore
3.0 out of 5 stars Important theme...
Reviewed in the United States on December 9, 2014
The theme is important: how to create sustainability when people are focused upon growth. While I enthusiastically support that, I have to say the story is not as strong as it could be. The author has created some interesting aliens but the various voices seemed a bit muddled and I had to turn to the Appendices too often, trying to keep things straight. Too much "telling" as opposed to "showing." Nice illustrations, but I kept wishing they included portraits of the characters I was reading about and trying to imagine. Still, I'll continue thinking about the issues raised and the complications humans bring to the problems facing us. Interestingly (to me, at least) as I read this, my husband and I have been discussing ways to reduce our carbon footprint and have decided to become a "no car" family once again. A tiny effect, but as the book points out, tiny effects multiply as people do what they can.
Read more
Helpful
Report abuse
See all reviews