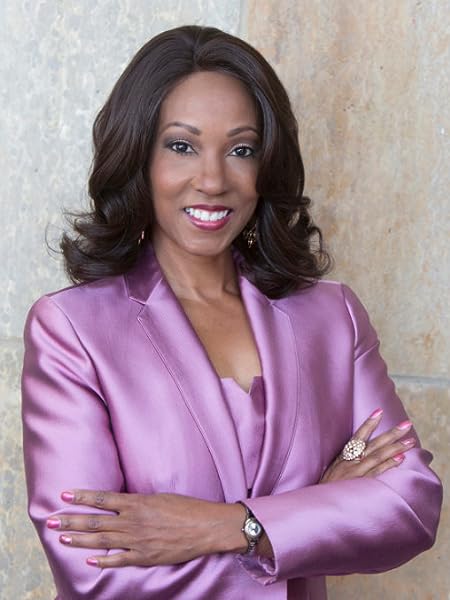 Alison is an author, speaker, award winning entrepreneur and founder and CEO of Jackets for Jobs, Inc., a nonprofit organization that provides employment etiquette, career skills training and professional clothing to low-income individuals. Since opening its doors in 2000, Jackets for Jobs has assisted more than 16,000 individuals in their pursuit of employment. This high profile organization has been recognized by ABC's "The View," NBC's "Today Show" and Oprah's O Magazine.

A Detroit native, Vaughn is a sought-after public speaker nationally and internationally. In the fall of 2014, she was chosen to speak at the World Islamic Economic Forum in Dubai, UAE on the rise of women entrepreneurs. Vaughn has inspired audiences with her insights on advocacy, entrepreneurism, empowerment and workforce development including area churches, civil rights organizations, corporations and non-profits, conference attendees, schools and universities and women’s groups.

Vaughn was the 2011 co-chair of the 56th Annual Detroit NAACP Fight for Freedom Dinner, the largest sitdown dinner in the country annually drawing 10,000 attendees. The dinner is known for its distinguished keynote speakers, including U.S. Presidents Barack Obama and Bill Clinton; the Honorable Hillary Clinton; the Honorable Colin Powell; and actor Danny Glover.

A member of the Association of Image Consultants International (AICI), Vaughn is a co-author of the book Inspired Style. This guide to glamour at any age features Vaughn and other top image experts sharing tips to help women look and be their best. She has also contributed articles on image, style and business etiquette for local newspapers.

Vaughn earned a Bachelor of Science degree from Michigan State University and graduated from The Women's Campaign School at Yale University, sponsored by Yale Law School. She is a member of Distinguished Women in International Service, Gamma Phi Delta Sorority and Top Ladies of Distinction. Vaughn is a Eureka Communities Fellow, active with the NAACP and was a 2006 candidate for the Michigan State Senate. Vaughn is a Goldman Sachs Scholar, a graduate of the investment firm’s 10,000 Small Businesses Program that provides entrepreneurs with a practical business education, access to capital and business support services. She is one of Martha Stewart’s “Dreamers into Doers,” a group of entrepreneurs who have turned their dreams into reality.

Having received numerous accolades, in 2007, Vaughn was named “Entrepreneur of the Year” by Alabama A & M University, and “Businesswoman of the Year” by the National Association of Negro Business & Professional Business Women in 2009. That same year, the Michigan Chronicle honored Vaughn as a Woman of Excellence, and Lakeshore Engineering recognized her with its “Leaders, Legends & Luminaries” award.

Vaughn has been listed in the Who's Who of Black Detroit for three years and the Who’s Who Among Female Executives. She is a recipient of the Community Service Award from the Alpha Kappa Alpha Sorority, and the Humanitarian Award from the Top Ladies of Distinction.

In her spare time, Vaughn enjoys traveling, reading and attending sporting events—never missing a Detroit Lions home game. She is a member of Word of Faith International Christian Center. 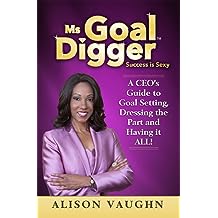 While the world may define success in dollars and cents, this book teaches women how to work smarter, not harder.
In this book, you will learn:
• How to network to increase your net worth
• How to develop a millionaire mindset
• How to act, speak and dress like a CEO
• How to set strategic goals and plans of action
• And more!
While many may define sexy as miniskirts, makeup and stilettos, this book teaches that true sexiness starts with a mogul mindset.
Read more
Other Formats: Paperback 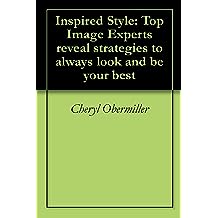 Inspired Style: Top Image Experts reveal strategies to always look and be your best Apr 19, 2010
by Cheryl Obermiller, Oreet Mizrahi, Julie Maeder, Pat Gray, Cynthia Lee Miller, Sally Templeton, Lisa Ann Martin, Chris Fulkerson, Dominique Vaughan-Russell, Debbie Wright, Carrie Leum, Sandy Moore, Milena Joy, Barbara Layne, And More
( 8 )
$9.97
Inspired Style is the key ingredient to helping you understand and define your personal style which is so much more than clothes and fashion. Several chapters will lead you on a journey of self-discovery of who you are and what makes you such a unique person. Then use the rest of this book to quickly rev up your style, thanks to the twenty-one top experts who have come together to give you the most innovative image strategies they know.
Read more
Other Formats: Paperback