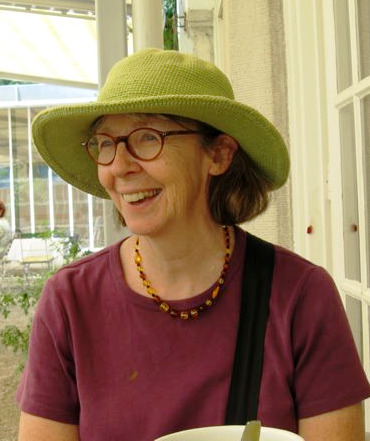 All the Boats on the Ocean: How Government Subsidies Led to Global Overfishing Hardcover – Illustrated, February 15, 2017

by Carmel Finley (Author)
4.4 out of 5 stars 5 ratings
See all formats and editions
Sorry, there was a problem loading this page. Try again.

Most current fishing practices are neither economically nor biologically sustainable. Every year, the world spends $80 billion buying fish that cost $105 billion to catch, even as heavy fishing places growing pressure on stocks that are already struggling with warmer, more acidic oceans. How have we developed an industry that is so wasteful, and why has it been so difficult to alter the trajectory toward species extinction?

In this transnational, interdisciplinary history, Carmel Finley answers these questions and more as she explores how government subsidies propelled the expansion of fishing from a coastal, in-shore activity into a global industry. While nation states struggling for ocean supremacy have long used fishing as an imperial strategy, the Cold War brought a new emphasis: fishing became a means for nations to make distinct territorial claims. A network of trade policies and tariffs allowed cod from Iceland and tuna canned in Japan into the American market, destabilizing fisheries in New England and Southern California. With the subsequent establishment of tuna canneries in American Samoa and Puerto Rico, Japanese and American tuna boats moved from the Pacific into the Atlantic and Indian Oceans after bluefin. At the same time, government subsidies in nations such as Spain and the Soviet Union fueled fishery expansion on an industrial scale, with the Soviet fleet utterly depleting the stock of rosefish (or Pacific ocean perch) and other groundfish from British Columbia to California. This massive global explosion in fishing power led nations to expand their territorial limits in the 1970s, forever changing the seas.

Looking across politics, economics, and biology, All the Boats on the Ocean casts a wide net to reveal how the subsidy-driven expansion of fisheries in the Pacific during the Cold War led to the growth of fisheries science and the creation of international fisheries management. Nevertheless, the seas are far from calm: in a world where this technologically advanced industry has enabled nations to colonize the oceans, fish literally have no place left to hide, and the future of the seas and their fish stocks is uncertain.
Read more
Previous page
Next page

“As the Food and Agriculture Organization of the United Nations reports, 90% of global fish stocks are fully fished or overfished. Science historian Finley traces that crisis back to the Cold War, when the United States, Japan, the Soviet Union and other seafaring nations deployed fishing to stake territorial claims. From the 1970s on, trawling and government subsidies forced an explosion in the industry. Now, with little reduction in subsidized fleets and oceans at risk, Finley sees the future of fisheries hinging on holistic approaches involving fish, fisher and environment.” -- Barb Kiser ― Nature

“Finley is an engaging writer, weaving together historical, economic, and societal threads in a narrative that anchors global developments in the accounts of local actors. . . . The tension between the priorities and goals of these competing actors forms the essence of the book. Each faction has its victories and defeats, but the fish are the ultimate losers, as evidenced by the decline or collapse of fishery after fishery: California sardines in the 1950s, Pacific ocean perch in the 1970s, bluefin tuna in the early 2000s. . . . The book has many rewards.” ― Science

“All the Boats on the Ocean is the most comprehensive and empirically grounded account yet of how the modern transnational fishery regime emerged, and it delivers in 167 succinct pages. The book works well in economics, fisheries, geography, and history courses—especially global environmental history.” -- Joseph E. Taylor III, Simon Fraser University ― Oregon Historical Quarterly

“Finley makes her point—that government subsidies to deep-sea fishing are a main cause of the current catastrophe—dramatically clear. Her descriptions of the damage that factory trawlers did to the ocean floor and the speed with which they wiped out fisheries in the ’60s and ’70s are especially powerful. Relevant not only to people who are interested in fisheries and oceans, but also to those concerned with global resource crises generally, this interdisciplinary, pragmatic book surpasses most of the work of historians in this area. Synthesizing scientific material with international law and politics, as well as the internal affairs of government agencies and private businesses, Finley links the fisheries story to the ‘great transformation’ of global ecology in the postwar period by way of the technology, policy, and politics of food production. All the Boats on the Ocean is a significant, original book.” -- Arthur McEvoy, Southwestern Law School, author of "The Fisherman’s Problem: Ecology and Law in the California Fisheries, 1850-1980"

“In this compact and highly readable book, Finley argues that overfishing since the 1950s is less a tragedy of the commons than a tragedy of the Cold War. She shows how geopolitics, science, law, and greed combined to generate a scramble for the oceans and a regime of overfishing that lasts to this day. A welcome addition to several scholarly literatures.” -- J. R. McNeill, Georgetown University, author of “Something New under the Sun: An Environmental History of the Twentieth-Century World”

“Those of us who thought we understood how the oceans' plight came about will find much that is new in this thoroughly researched and highly engaging work. Weaving history, politics, and science, Finley shows how the seeds of the current predicament were sown during the Cold War Era, as government subsidies fueled the rapid acceleration of fishing. Her call for a reinterpretation of the role of fishing within government is long overdue.  A must-read.” -- Ellen Pikitch, Stony Brook University

"The book offers a convincing account of the globalization of fishing fleets through new industrial process and government support. . . . These elements should incite us to abandon the endlessly repeated 'tragedy of the commons' as an explanation of the depletion of fishing resources, so that we can look these all-too-human policies in the face." ― Books and Ideas

"Carmel Finley's extremely dense, highly readable study of the expansion of world fisheries after World War II addresses the problem of overfishing and the associated destruction of aquatic ecologies… By unpacking the political mistakes of the past, Finley calls for lessons to be learned for future management of global fish stocks." ― NTM Zeitschrift für Geschichte der Wissenschaften, Technik und Medizin (translated from German)

Carmel Finley is a newspaper reporter turned historian of science who teaches in the Department of Fisheries and Wildlife at Oregon State University. She is coeditor of Two Paths toward Sustainable Forests: Public Values in Canada and the United States and the author of All the Fish in the Sea: Maximum Sustainable Yield and the Failure of Fisheries Management, the latter published by the University of Chicago Press. She lives in Corvallis, OR.

Kay Brown
5.0 out of 5 stars Well Researched
Reviewed in the United States 🇺🇸 on May 8, 2017
Verified Purchase
This book, like others by Carmel Finley, is a well researched and documented history of the commercial fishing industry on the West Coast. She brings a wealth of knowledge to her writing and it shows.
Read more
Helpful
Report abuse

Roberta Ulrich
5.0 out of 5 stars Good history, good read
Reviewed in the United States 🇺🇸 on May 15, 2017
Perhaps the only thing more complicated than the science of oceans and fish is the politics of oceans and fish. Carmel Finley makes both understandable as she explains how and why a world-wide expansion of fisheries after World War II led to an uncertain future for ocean fish survival. Weaving in human populations’ need for protein, Cold War calculations, rebuilding war shattered economies and current economic issues, she has produced a fascinating history of both the rapid growth of the fishing industry and the scientific and political efforts to control it in order to sustain the fish populations.
Read more
Helpful
Report abuse
See all reviews