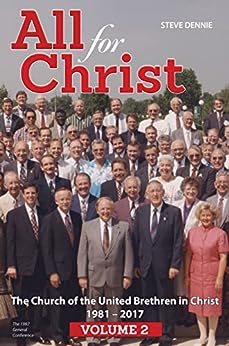 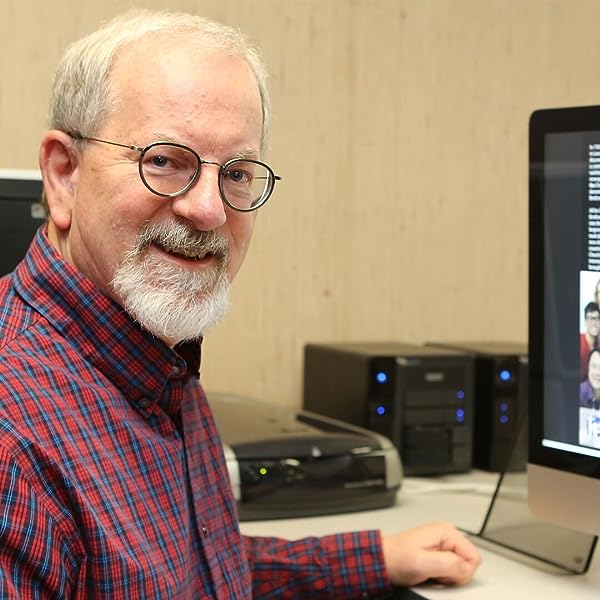 by Steve Dennie (Author) Format: Kindle Edition
See all formats and editions
Sorry, there was a problem loading this page. Try again.
In 1767, two ministers from very different backgrounds met in Lancaster, Pa. Martin Boehm and William Otterbein discovered that, despite their differences, they shared a common experience of new birth in Christ. They began working together, and others joined them. Out of this movement emerged the first denomination to start in the United States: the Church of the United Brethren in Christ. By 2017, when the denomination celebrated its 250th anniversary, United Brethren churches could be found in nearly 20 countries. All for Christ tells the story of the United Brethren Church from 1981-2017 (a previous history stopped at that point), but dips into the past — sometimes all the way back to the beginning — to put things in context. You’ll read about influential leaders, new churches, missionaries, major issues which have confronted the church, outreach to new countries, and controversies along the way. Since 1981, the United Brethren Church has experienced a tremendous amount of change, including unprecedented international expansion, but has remained true to that original mission which brought Boehm and Otterbein together — to tell a lost world about Jesus Christ.Volume 1 takes the reader from 1981-1997. Volume 2 goes from 1997-2017. The year 2017 marked the denomination's 250th anniversary.

All for Christ, Volume 1 starts with the 1981 General Conference, during which a number of major leadership changes occurred, and during which ideas were set in motion which would be adopted in the years ahead. Several chapters focus on initiatives to merge with other denominations, and on efforts to implement new organizational structures.Mission fields get a lot of attention. Individual chapters tell the stories of United Brethren work in Nicaragua, Honduras, India, Macau, and Hong Kong. Several chapters are about Sierra Leone--the nationalization process which occurred in 1985, the rebel war of the 1990s, crises which have occurred there involving missionaries, and a run-down of missionaries who served in Sierra Leone from 1981-1994.The United Brethren church gave considerable attention to starting churches among Hispanic, Chinese, and Jamaican immigrants. Numerous other churches were started, or attempted. All of those stories are told. The denomination went through a division in 1889, led by Milton Wright, father of the Wright Brothers. That story is told, along with our changing views on abortion, war and peace, stationing ministers, and other issues.

All for Christ, Volume 2 picks up from 1997. It reviews the major international expansion which occurred during the 1990s, as United Brethren churches arose in another nine countries. Individual chapters tell the stories of United Brethren work in Jamaica and Thailand, and other chapters explore further developments in Sierra Leone, Macau, India, and other countries.During the 2001-2005 period, the United Brethren church embarked on a major initiative to combine into a like-minded denomination, the Missionary Church. Several chapters tell about that turbulent period. Other chapters illuminate debates over the years regarding higher education, alcohol, and women in ministry (the United Brethren have been generally progressive in this area). In 2005, the United Brethren church basically blew up the structure it had used since 1800--a system of regional conferences--and went to something entirely different. There were enormous ramifications. The chapters from 2005 on show how the church picked up the pieces and put new systems in place.The epilogue, written on the occasion of the 250th anniversary, goes back to 1767 to tell the story of how the Church of the United Brethren in Christ began--its early leaders, major meetings, westward expansion, and other glimpses of those early years.
Read more
Previous page
Next page
Due to its large file size, this book may take longer to download

I've worked in Christian communications since 1978, my senior year at Huntington University (Huntington, Ind.). I'm a write and editor, primarily, but also a graphic designer. I've been designing and managing websites since the late 1990s, when things were simple and websites tended to be fairly ugly.

I was born in Huntington, Ind. As a kid, we moved to Harrisburg, Pa., and then to Lake Havasu City, Ariz. Dad was a schoolteacher for most of that time. Then, as I prepared to entered my junior year of high school, Dad became pastor of a small church in Pixley, Calif. It was quite a change, going from the resort town of Lake Havasu City to the central valley of California, migrant worker country.

I graduated from Tulare Union High School in 1975, and then completed the geographic circle by returning to my hometown, where I entered Huntington University. Which is where my parents had met. I graduated in 1979 with a Communications degree, and 16 years later added a Master of Public Relations from Ball State.

I've written about ten books now, most of them related to the denomination I work for--the Church of the United Brethren in Christ. We're a small evangelical group which has the distinction of being the first denomination to begin on American soil (in 1800), rather than be transplanted from Europe. We're good folks.

Pam and I met at our church in Huntington, and married in 1989. Pam is partner in a CPA firm, and reads several hundred books a year. Sharing our home are two Norwegian Forest cats, Reacher and Murphy.