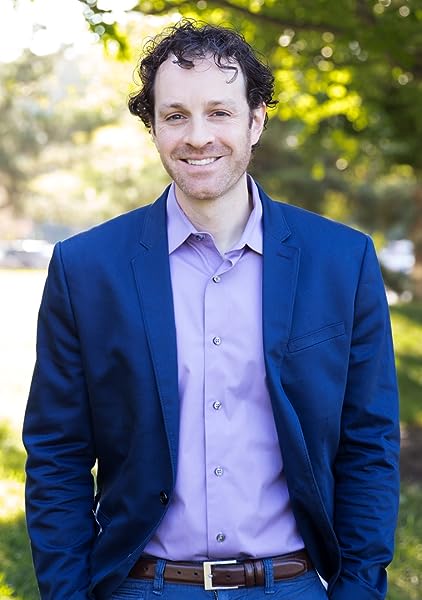 In All Fairness: Equality, Liberty, and the Quest for Human Dignity First Edition

Growing concern about inequality has led to proposals to remake American society according to ill-conceived and coercive “egalitarian” values that are fundamentally unfair.

This unique book reveals the modern romance with equality as a destructive flirtation. The elites who advocate such notions claim they champion the poor—but more often than not the nostrums of this managerial class undermine, rather than advance, mass prosperity and human well-being.

The authors of In All Fairness challenge all of the prevailing egalitarian ideas, including the claim that the country is riven by inequality in the first place. After all, our economy thrives with a division of labor that allows individuals who are unequal in interests and talents to pursue their own unique goals. Looked at in this way, equality is far more widespread than overheated rhetoric might lead one to expect—as factual data show.

But it is an equality of a particularly valuable type—one arrived at, not by top-down attempts to impose economic uniformity, but by our respecting inviolable rules of fair play and the dignity of each person, a dignity that requires everyone to respect the voluntary transactions of others. This approach holds equity, liberty, diversity, and prosperity together. Would we want it any other way in America and anywhere around the world?

The authors draw on economics, philosophy, religion, law, political science, and history to provide answers to a perennial question that especially agitates the American public today: Can the coercive powers of the state be used to achieve a kind of arithmetic equality? The authors, each in their own way, make a strong case that they should not be used in this fashion.

Love inequality or loathe it, In All Fairness is full of key insights about the connections among fairness, liberty, equality and the quest for human dignity. You won’t think about wealth and poverty, equality and inequality, in the same way ever again.
Read more
Previous page
Next page

“How, between the covers of a single volume, could one hope to illuminate the vast sea of moral, intellectual, and political failures that add up to modern egalitarianism? Only by combining the expertise and insights of historians, economists, political scientists, philosophers, legal scholars and more. With the book In All Fairness, the Independent Institute has done so brilliantly. Each author’s contribution stands on its own and can be read with profit. Taken together, they complement each other to create a whole that far exceeds the sum of its parts.”
—Steven E. Landsburg, Professor of Economics, University of Rochester

“Fairness counts among humankind’s most fundamental social desiderata—demanded even by small children on the playing field. The difficulty is that it is easier to say what fairness is than to determine what is fair. The many faceted book In All Fairness, edited by Robert M. Whaples, Michael C. Munger, and Christopher J. Coyne, does justice to the complexity of the topic in its historical, philosophical, and economic dimensions. Anyone who has ever been inclined to say ‘but that’s just not fair’—which includes just about all of us—will find enlightenment and information in this thoughtfully compiled, instructive, and constructive book.”
—Nicholas Rescher, Distinguished University Professor of Philosophy, University of Pittsburgh; Founding Editor, American Philosophical Quarterly;author, Fairness: Theory and Practice of Distributive Justice

“The beautiful book In All Fairness describes how rapidly growing efforts to impose equality of outcomes necessarily damages everyone’s personal and economic freedom, creates harmful social and cultural divisions, and depresses economic growth that could give millions of people a better life. You will benefit enormously from reading this book, irrespective of where you stand on the debate about inequality.”
—Lee E. Ohanian, Professor of Economics and Director of the Ettinger Family Program in Macroeconomic Research, UCLA; Senior Fellow, Hoover Institution

“In All Fairness is a masterful and insightful book devoted to exposing the shaky foundations and the likely moral, social, and political costs of the campaign for state-enforced equal outcomes for all. This campaign jettisons liberal concern for equal liberty and equality before the law for the elusive and yet destructive end of equal wellbeing or at least equal income. The goal of equality is elusive because of the deep difficulties of determining when equal wellbeing or income has been achieved and whose ox will be gored and which liberties must be denied to achieve it. The focus on equal outcomes shifts attention from growth-friendly policies that have raised many hundreds of millions up from poverty to redistributive policies that undermine growth. In many distinct but converging ways, the book convincingly argues that the crusade for equality undermines the core institutions of a free and prosperous society and drives us to a world of zero-sum, tribal conflicts.”
—Eric Mack, Professor of Philosophy and Faculty Member, Murphy Institute of Political Economy, Tulane University

“In All Fairness is an insightful exploration of the tension between liberty and egalitarianism. Who will be better off if we opt for comprehensive redistribution and therefore against freedom? It’s certainly not the poor. Read the book to find out why, especially if you think of yourself as an egalitarian!”
—Sam Peltzman, Ralph and Dorothy Keller Distinguished Service Professor Emeritus of Economics, Booth School of Business, University of Chicago

“Few matters bedevil American politics as do the need to find proper understandings of liberty and equality and the way government should endeavor to promote them. The authors ofIn All Fairness: Equality, Liberty, and the Quest for Human Dignity approach these matters from philosophical, economic, and historical perspectives, all to great effect. This rare volume is an intellectual feast that will repay repeated readings, whether the reader is a beginner or an expert.”
—Kevin R. C. Gutzman, Professor of History, Western Connecticut State University

“Equality is the theme, if not the obsession of our time. Yet it means very different things to different people. In All Fairness has brought together a range of scholars who explore the political, economic, and legal dimensions of different conceptions of equality dispassionately and seriously. Together they bring light to a subject that desperately needs it.”
—Samuel H. Gregg, Director of Research, Acton Institute for the Study of Religion and Liberty

“Every era has one or two hobgoblins that, by frightening the uninformed, increase the power of the state. One such hobgoblin today is economic inequality. Fortunately, we today have also the superb book In All Fairness that, if read widely enough, will reveal economic inequality to be the non-issue that it is.”
—Donald J. Boudreaux, Professor of Economics and Co-Director, Program on the American Economy and Globalization, Mercatus Center, George Mason University

“Among the many important lessons of the book In All Fairness, one of the most powerful is that when governments implement policies designed to create more equal outcomes, those policies compromise individual liberty but rarely result in a more equal society. Every chapter of this volume offers readers a thought-provoking analysis of the concept of equality and the challenges involved in public policies to address inequality.”
—Randall G. Holcombe, DeVoe Moore Professor of Economics, Florida State University; author, Liberty in Peril: Democracy and Power in American History

“A collaborative compiled and co-edited by the team of Robert M. Whaples, Michael C. Munger and Christopher J. Coyne, In All Fairness: Equality, Liberty, and the Quest for Human Dignity is a collection of essays in which the authors challenge recent misbegotten egalitarian ideas, exposing the quicksand on which they rest, and the self-serving interests they often promote. This original collection of erudite contributors is replete with thoughtful and thought-provoking insights about the connections among fairness, liberty, equality and the quest for human dignity. While each individual chapter offers unique insights, the overriding theme is that fairness must rest on a conception of humanity that recognizes the dignity of each person—a dignity that requires everyone to respect individual choices and voluntary transactions. Enhanced for academia with the inclusion of a thirty-page Bibliography, twenty pages of Notes, and a four-page listing of the contributors and their credentials, In All Fairness: Equality, Liberty, and the Quest for Human Dignity is unreservedly recommended for community and academic library Political Science and/or Contemporary Social Issues collections and supplemental studies lists. It should be noted for students, academia, and non-specialist general readers with an interest in the subject that In All Fairness is also available in a digital book format.”
—Midwest Book Review

Robert M. Whaples is co-editor and managing editor of The Independent Review and professor of economics at Wake Forest University.

Michael C. Munger is co-editor of The Independent Review and director of the Philosophy, Politics, and Economics Program and professor in the Departments of Political Science and Economics at Duke University.

Christopher J. Coyne is co-editor of the Independent Review and F. A. Harper Professor at George Mason University.

Christopher Coyne is Professor of Economics at George Mason University and the Associate Director of the F. A. Hayek Program for Advanced Study in Philosophy, Politics, and Economics at the Mercatus Center. He is the Co-Editor of The Review of Austrian Economics and The Independent Review. He also serves as the Book Review Editor for Public Choice.

He is also the co-editor of Exploring the Political Economy and Social Philosophy of James M. Buchanan (2018, Rowman & Littlefield International), Interdisciplinary Studies of the Market Order: New Applications of Market Process Theory (2017, Rowman & Littlefield International), Future: Economic Peril or Prosperity? (2016, Independent Institute), The Oxford Handbook of Austrian Economics (2015, Oxford University Press), Flaws and Ceilings: Price Controls and the Damage They Cause (2015, Institute for Economic Affairs), and The Handbook on the Political Economy of War (2011, Edward Elgar Publishing).

In 2016 he was selected as a recipient of George Mason's University Teaching Excellence Award.