You've subscribed to Low Country Lovers! We will preorder your items within 24 hours of when they become available. When new books are released, we'll charge your default payment method for the lowest price available during the pre-order period.
Update your device or payment method, cancel individual pre-orders or your subscription at
Your Memberships & Subscriptions
There was an error. We were unable to process your subscription due to an error. Please refresh and try again. 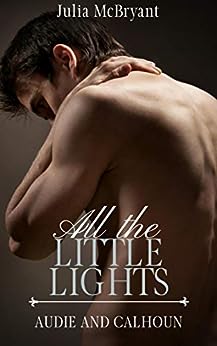 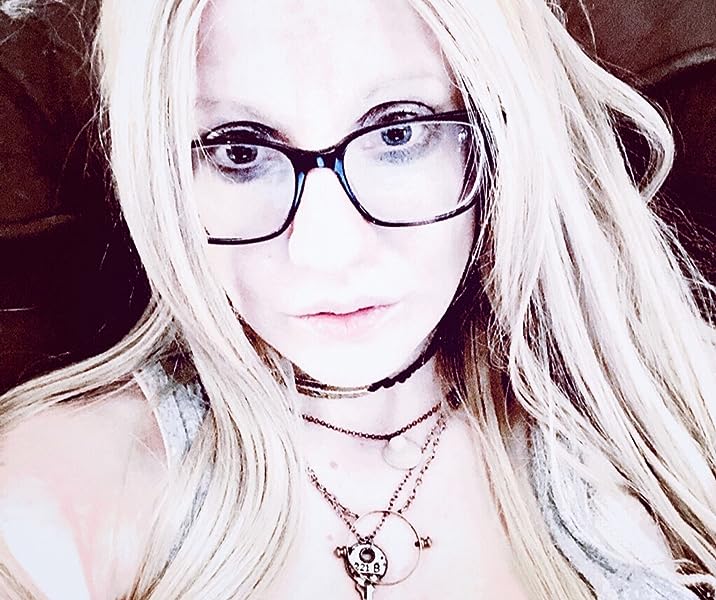 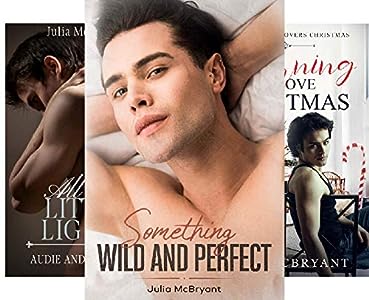 Abrianna
5.0 out of 5 stars Beautifully heartbreaking
Reviewed in the United States on February 13, 2020
Verified Purchase
This book broke my heart in so many ways. Audie and Calhoun were my first Julia McBryant characters. When I read their story the first time I fell in love with them, especially Audie. I just want to hold him and make sure that nothing ever hurts him again. He's my little angsty baby and I can and will reread his story over and over again.

All The Little Lights shows the relationship between Audie and Calhoun three years after they meet. They've grown together as people and as a couple and now they're going to live together in Savannah. A lot of changes are happening, they're not only living together, but they're living out together. It's scary and stressful, but they have their friends and Calhoun's family to support them.

They were happy and content and building a life together but of course, Julia McBryant had to shake things up and with that comes Audie's abused cousin and all the ghosts of Audie's past.

I will be honest I broke down a few times like sat in my bathtub and sobbed broke down. Audie was doing so good, he wasn't perfect, but he was in a place where he could have his relationship with Calhoun with his cruel childhood only making vague impressions upon his new life. With Monroe needing them, however, everything that Audie has been running from shows up on his doorstep and he doesn't deal well.

This book is pretty words wrapped around heartbreak. Audie and Calhoun struggle to find their footing. As Audie retreats into himself and Calhoun plays the bad guy as he tries to teach Monroe how to be a functioning person while trying to save Audie from himself. Their relationship is strong, they've been through a lot together, but a past like Audie's is hard to let go of, and neither one of them is equipped to deal with it.

One of the things I love most about these two is that even though things get hard and they fight and hurt each other, their love and relationship is something they fight for. Even as their words cut and they hurt one another, they still fought for what they had. Audie's demons didn't go away overnight, but his relationship with Calhoun was grounding for him. And the need to keep his cousin safe from his family helped.

Audie is stronger than he was when we first met him, but he still has a long way to go before he can truly put his past behind him. He has Calhoun, sweet, innocent Calhoun who loves Audie with all that he is. It may be a little unhealthy for Audie to have his healing based on Calhoun and his love for him, but that's not all that he has. He has friends, Calhoun's group is now Audie's and that helps. He has family, as Calhoun's gran basically adopts Audie after meeting him. While Audie begins his healing process after loving Calhoun, he continues to heal himself for him.

We knew that Audie's family was toxic. We learned in Something Wild and Perfect that his father hurt Audie his whole life. This book shows that his uncle is the same, worse even. In order to protect Monroe from his family Audie and Calhoun pull out all the stops and Audie stands up to his father. I cried for Audie during that scene. I was so proud of him. Facing his parents goes a long way in his healing process. Though it hurt to learn more about what his father did to him, it was worth it because it helped heal him.

Even though this book is about Audie facing his past and how that transfers into building a life with Calhoun it's not all angst and tears. They have their friends in Savannah who help keep things light and fun when they need it. I loved seeing the rest of the cast in this book, even when some of them (Henry) were having their own problems, they were there for their friends. This world that Julia McBryant is so intricate and close-knit, even when they have their own things going on.

All The Little Lights broke my heart, but the HEA that Audie and Calhoun get after everything and it is perfect.
Read more
Helpful
Report abuse

Kindle Customer
5.0 out of 5 stars my advice
Reviewed in the United States on March 9, 2020
Verified Purchase
Is to read everything she writes. Her writing is like slipping slowly underwater. So deadly yet so arousing. You will want to buy everything she writes and visit these places and people again and again. I feel underwater and floating when I read and it is so hard to come to the surface when your done. Gorgeous.
Read more
Helpful
Report abuse

Elin
5.0 out of 5 stars Being wanted is everything
Reviewed in the United States on February 16, 2020
For years things were bleak for Audie, even years after meeting Calhoun he still struggled. Because it's difficult to keep your head above water when the past knocks and meets you face to face.
Monroe brings it all crashing down, and taking Audie with it, with Calhoun close to buckling under but loving enough to not let anything stop him from helping Audie.

I have been in awe of Calhoun in every book since the start, this is no exception. His love and care of Audie, and determination to fix things in any way he can, being what ever he needs and still hold strong when that isn't enough.

This book is emotional, it made me shed tears, laugh and become angry in random order. And it's messy in a way that life usually is. I don't always understand Southern culture, but it makes an interesting read.
In the end, family is everything, but that doesn't always mean blood.
Read more
Helpful
Report abuse

Brenda Motza
5.0 out of 5 stars WOW!!!
Reviewed in the United States on February 13, 2020
“One more little light. All those little lights, a path through his darkness: the path Calhoun made to lead him home.”

My heart broke for Audie so many times. The painful memories from his past slams into Audie’s chest when his cousin shows up at his door looking for help.

I just wanted to hug and hold both Audie and Calhoun for different reasons and then shake the crap out of them just to straighten them out. Then I wanted smack Monroe around a few times but I understood why he acted the way he did.

I just love Julia’s writing. She knows how to suck you into a story and not let go until the end.

I love all of Julia’s characters but I think I love Audie and Calhoun the most.

Coline Peterson
5.0 out of 5 stars All The Little Lights
Reviewed in the United States on February 13, 2020
I love these books, so well written that you get drawn in, as the drama unfolds, holding your breath, hoping that everything works out, so together they can find their way to forever. Finially we're a couple, in our own place, living our life together and then Audie's past comes back to bite him. His younger cousin shows up on our doorstep, beaten and thrown out of his home for being gay and this starts a downward spiral for Audie into his past that Calhoun will need all his love and support to help him recover from. But when you love someone you will do anything to help them to be the very best they can, because that's what life is all about right, being there for each other no matter what.
Read more
Helpful
Report abuse

M. Harkness
5.0 out of 5 stars Captivating
Reviewed in the United States on March 20, 2020
Thoroughly enjoyed this story. Audie and Calhoun remain engaging characters, as are new ones (especially Gran). I loved that Audie was able to conquer his demons and how much Calhoun was there for him.

This is the 2nd book I've read by McBryant (the first was Audie and Calhoun's first book) and I've slowly been seduced by her writing - the prose, the story, the characters. I'm going to have read her entire back catalog now.
Read more
Helpful
Report abuse

Bud Man
4.0 out of 5 stars Another Good Book!
Reviewed in the United States on March 11, 2020
Keeping up with the constant crises with Audie, Calhoun, and Monroe was, shall we say, interesting. I will be buying this book as soon as it is returned to Kindle Unlimited.
Read more
Helpful
Report abuse

Starwarslover
5.0 out of 5 stars wow
Reviewed in the United States on February 13, 2020
so amazing and heartbreaking.. it also made me smile and feel warm and fuzzy. so many amazing emotions and personalities.. it is lovely..
Read more
Helpful
Report abuse
See all reviews

Lydia Devlin
5.0 out of 5 stars Beautifully written emotional story.
Reviewed in the United Kingdom on February 15, 2020
Verified Purchase
A beautifully written, emotional insight into Audie's past and how it has shaped him into the young man he is in this story. Although I feel for Audie, I also feel for Calhoun and all that he has done for Audie. I love these characters so much and at times I found this hard to read, especially when Audie's cousin came to him in desperate need and plunging Audie into his past.
I don't want to give spoilers for this book, that being said, I will say that if you love these characters I highly recommend this book,even though it may break your heart in the beginning.
Read more
Report abuse
See all reviews