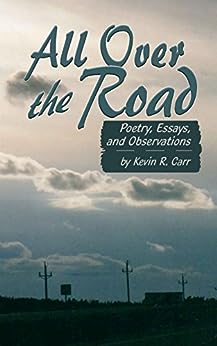 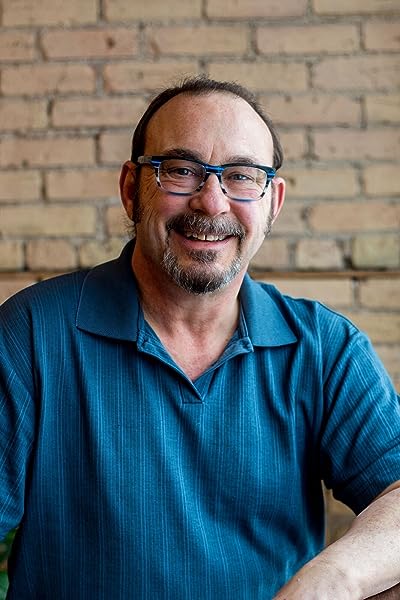 All Over The Road: Poetry, Essays, and Observations Kindle Edition

A poet of many styles and diversity can take a lifetime to develop. Kevin’s early attempts at poetry were ignored in favor of the cheers of his high school athletic accomplishments, and later everyday life accomplishments, such as staying employed. He eventually married and started a family, at which time he began writing in earnest. Divorced by 30, he spent over 20 years on the road in a sales job in the beautiful states of Minnesota, Wisconsin, and the Dakotas.

Through endless hours on the road, and myriads of motel rooms, with his great admiration for Dan Fogelberg an inspiration, the evolution of a poet was in full swing.

A patient observer of natural environments and people, he used the long hours of windshield time, the beautiful land he traveled through and the thousands of people he met as inspiration to develop a wide range of poetic styles, which sometimes include a sneaky sense of humor.

The diversity of Kevin’s writing offers something for everyone, and as he has been told many times, even those who think they don’t like poetry.

4.9 out of 5 stars
4.9 out of 5
14 global ratings
How are ratings calculated?
To calculate the overall star rating and percentage breakdown by star, we don’t use a simple average. Instead, our system considers things like how recent a review is and if the reviewer bought the item on Amazon. It also analyzes reviews to verify trustworthiness.
Top reviews

Sandra K. Vogt
5.0 out of 5 stars An amazing collection you won't want to put down!
Reviewed in the United States on November 4, 2016
Verified Purchase
Outstanding collection of works written from the heart. Reading so many of these selections took me back to a simpler time of childhood and youth. A must have for readers. Thank you Kevin - for bringing back so many memories of times, smells and seasons gone by. I truly enjoyed this book and am looking forward to your next one.
Read more
3 people found this helpful
Helpful
Report abuse

Ben Ledermann
5.0 out of 5 stars A Very Enjoyable Book
Reviewed in the United States on November 6, 2016
Verified Purchase
"Something for everyone, even those who think they don't like poetry."
This quote from the editorial review accurately summarizes my thoughts about this book. I found the poems very enjoyable, especially the ones about the changes in seasons and about nature. I also really enjoyed the observations that the author made about various topics that we experience in our everyday lives. The author displays his unique sense of humor in these observations.
I thought that his reflections of the special relationship he had with his grandmother are priceless. His description makes you wish that you knew this special person.
This is a book that I found very easy and enjoyable to read and it's also one that you could go back and read all or segments of it many times.
Read more
One person found this helpful
Helpful
Report abuse

S. W. Lucas
5.0 out of 5 stars Beautiful
Reviewed in the United States on November 11, 2016
Verified Purchase
This book is pure meditation. You experience the love of life, sorrow for humanity, the humor and surprise of the commonplace, and intimacy with that space between dreams and "reality." You see humanity and love in the earth, and the moods of the iniverse in ourselves. I highly recommend this book to anyone looking for more meaning in the moment.
Read more
Helpful
Report abuse

Lynn Hall
5.0 out of 5 stars I am proud to recommend this book
Reviewed in the United States on January 13, 2017
Verified Purchase
I am reading a book written by Kevin R Carr, "All Over the Road...Poetry, Essays, and Observations". His writing paints pictures, his poetry, at times, is so personal and relevant to my experiences that I wonder, how did he know this about me? I am proud to recommend this book. Thank you, Kevin R Carr.
Read more
Helpful
Report abuse

sally
5.0 out of 5 stars One of the best poets today
Reviewed in the United States on January 15, 2017
Verified Purchase
Poignant, true to the heart, great book of poetry. Kevin knows how to paint a mood, lead a story, and make you think! He is one of the best poets out there.
Read more
Helpful
Report abuse

Miko
5.0 out of 5 stars Five Stars
Reviewed in the United States on December 2, 2016
Verified Purchase
Great book of poems.
Read more
Helpful
Report abuse
See all reviews
Back to top
Get to Know Us
Make Money with Us
Amazon Payment Products
Let Us Help You
EnglishChoose a language for shopping. United StatesChoose a country/region for shopping.
© 1996-2021, Amazon.com, Inc. or its affiliates