All The People and millions of other books are available for Amazon Kindle. Learn more
Share <Embed>
Have one to sell?
Sell on Amazon 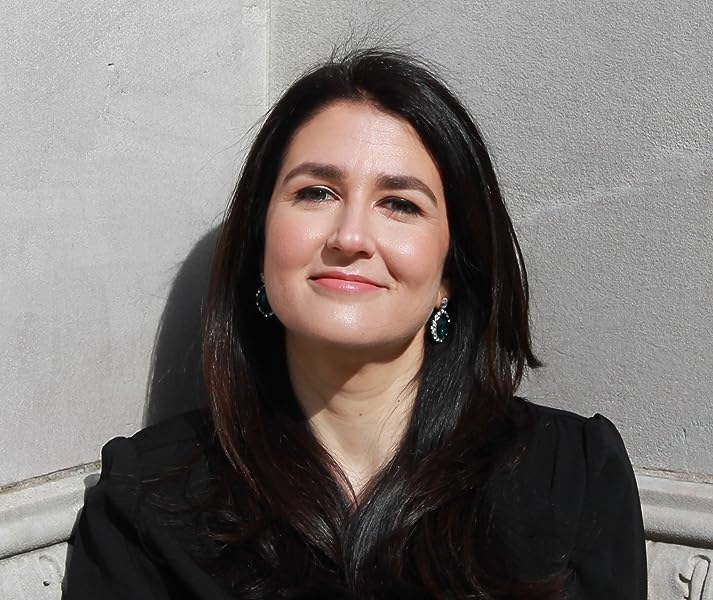 Annalisa Conti lives and writes in New York City, where she has been spending the last few years of her life. She recently published her third novel, NINE. Her second novel, AFRICA, was an Amazon Kindle #1 in its category. It is the story of a journey to the end of the world. Annalisa is also the author of ALL THE PEOPLE, a novel built around a woman's secrets. She publishes quarterly episodes in the collection of short stories THE W SERIES, which describe the world of W, a superhero like no other.
You can follow her on Twitter at @AnnalisaContiUS or on Facebook at facebook.com/AnnalisaContiAuthor

Start reading All The People on your Kindle in under a minute.

A. Javadi
5.0 out of 5 stars I loved this book
Reviewed in the United States on January 2, 2016
Verified Purchase
I loved this book! The author does a great job of building characters. She allows you to connect with the characters before jumping in. The book contains a quirky sense of humor while containing some serious moments. There were parts of the book that I was laughing out loud and parts that I was crying. Overall really enjoyed the book, and am looking forward to reading this author's future books. Highly recommended!
Read more
One person found this helpful
Helpful
Report abuse

Denis C
4.0 out of 5 stars a gripping story in New York city
Reviewed in the United States on February 2, 2015
Verified Purchase
A very original thriller where a detective and a psychologist are working together so as to solve a strange and sudden disappearance; the different characters are analysed step by step with accuracy; we follow the investigation with pleasure and emotion until the surprising conclusion; a clever combination of historical characters in our modern world.
Read more
One person found this helpful
Helpful
Report abuse

Douglas Coburn
5.0 out of 5 stars Powerfully storytelling
Reviewed in the United States on September 16, 2015
Verified Purchase
I was pleasantly surprised by the story telling in this book. I picked up a copy last weekend and went through it two days! The characters really draw you in and depict a fascinating perspective of the excitement of living in New York City. Anything can happen!! I don't want to spoil it so I won't say more.... It is highly recommended!!
Read more
Helpful
Report abuse

Amazon Customer
5.0 out of 5 stars Five Stars
Reviewed in the United States on April 22, 2018
Verified Purchase
GREAT Author, got all her books, and devouring them as soon as they come out
Read more
Helpful
Report abuse

Margot Choux
5.0 out of 5 stars I loved the character of doctor Williams
Reviewed in the United States on April 21, 2018
Once you open All the people you cannot stop reading it until the very end. It is a very well written thriller where psychology and suspens are intricate. Leaving in New York i could totally feel the atmosphere of the city, the park, the vibration of the streets. I loved the character of doctor Williams; almost wanted to help him in his investigation.
A really good book that I highly recommend!
Read more
Helpful
Report abuse

Alessandro Furone
4.0 out of 5 stars Surprisingly nice
Reviewed in the United States on January 31, 2015
A thriller book capturing reader's attention since the very first lines. It is very easily readable and enjoyable. The story path is articulated in a pretty simple way through pages, but it keeps the reader stuck chapter after chapter. The most remarkable feature is the very deep and accurate psychological perspective of each character. Some considerations and some behaviours can be found in everyday life. A very good first novel effort indeed. Definitely worth to be read.
Read more
3 people found this helpful
Helpful
Report abuse

Mattia Manzi
5.0 out of 5 stars Complex characters and incredible setting
Reviewed in the United States on July 18, 2016
Amazing book, the settings are incredible, giving you the feeling of being transported to watch the scenes unfold. The plotting is intricate and its characters are fascinating. At the end of the book you feel like a friend of Dr. Williams and all his patients. I'm glad I read it.
Read more
One person found this helpful
Helpful
Report abuse

Riccardo Lombardi
4.0 out of 5 stars A nice unusual thriller
Reviewed in the United States on January 28, 2015
I’ve bought it thanks to a friend’s hint.
I’ve liked the main plot, which makes the book a rather unusual thriller and the main character, which is a psychologist that does something more than just listen and take notes.
It is one of those stories where connecting the dots you can guess the killer 20 pages before is actually unveiled; if it is a surprise for you, then you were not paying attention.
Cons, a bit short, can be read in a day.
Read more
One person found this helpful
Helpful
Report abuse
See all reviews

AmazonCustomer
5.0 out of 5 stars Great read
Reviewed in the United Kingdom on September 22, 2018
Verified Purchase
I really liked this book, many characters with interesting and moving stories, and the protagonist is really relatable!
Read more
Report abuse

Amazon Customer
5.0 out of 5 stars Well written and fascinating!
Reviewed in Italy on February 8, 2015
Verified Purchase
Well built subjects that with their fears, worries, memories and lifestyles remind us not only well known characters in literature , but also people we know and sometimes even ourselves; an engaging plot that connects their lives and views of New York that help us to imagine many scenes.
These are the reasons that take me to recommend reading this book!
Read more
One person found this helpful
Report abuse

Sara Bianchi
4.0 out of 5 stars a good path trought people's thoughts
Reviewed in Italy on February 4, 2015
Verified Purchase
"Where is Sylvia Fisher?" is a mantra like "Who killed Laura Palmer?".
You will soon appreciate the detective and the physiologist and step by step some clues are revealed.
I liked the story and I recommend it! Easy to be read!
Read more
One person found this helpful
Report abuse
See all reviews