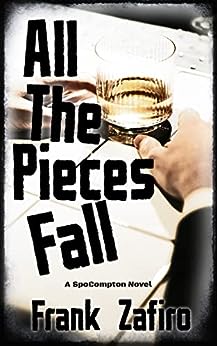 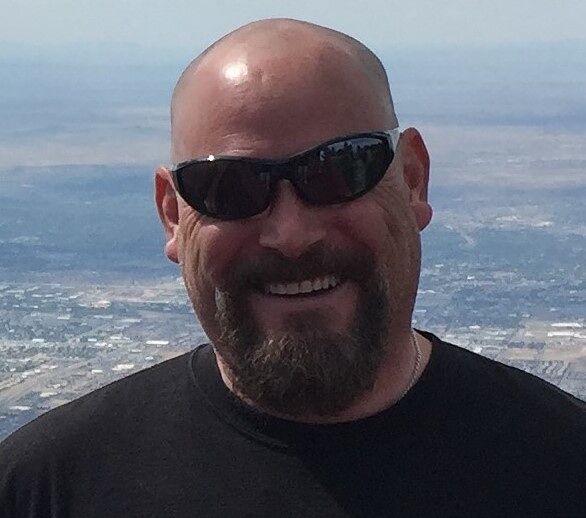 All the Pieces Fall (The SpoCompton series Book 3) Kindle Edition

by Frank Zafiro (Author) Format: Kindle Edition
Book 3 of 4: The SpoCompton series
See all formats and editions
Sorry, there was a problem loading this page. Try again.

Book #3 in the SpoCompton crime series!

George “Mase” Masaryk knows about secrets. He has a few of his own, including the reason he left the police department. The son of Czechoslovak hippies, his life has been a strange journey from rebel to cop to private investigator.
It is a path his parents would never have chosen for him.

One full of secrets and regrets.

He is mulling over those secrets when businessman Andrew McDonough sits down next to him at the bar and the pair start drinking heavily. McDonough eventually asks Mase to help him with some “women problems.” It is a request Mase doesn’t even remember the next day, only recalling the foggy memory when Faye McDonough, Andrew’s wife, shows up at his office to hire him almost a week later.

Faye wants him to find McDonough, who is now missing. She doesn’t know if he’s run off with a lover, been kidnapped, or is dead somewhere, but expects Mase to find out. As he delves into the twisting secrets that surround Andrew McDonough, Mase encounters more questions than answers. All the questions are dangerous ones and if he’s going to survive to learn the truth, he needs to figure out that one fact that will make all of the pieces fall into place…

Next 2 for you in this series See full series
Total Price: $9.98
Books In This Series (4 Books)
Complete Series
The SpoCompton series
Kindle Edition
Page 1 of 1Start OverPage 1 of 1
Previous page
Next page

"What I liked:
Did I enjoy reading this book? Yes
Would I read more in this series? Yes"
- Cathy Geha, independent reviewer

Frank writes gritty crime fiction from both sides of the badge. This includes his River City series (an ensemble cast of police officers) and his SpoCompton series (a rotating cast of criminals).

Background: Frank served in the U.S. Army from 1986-91 in military intelligence as a Czechoslovak linguist. In 1993, he became a police officer in Spokane, Washington. During his career, he worked as a patrol officer, corporal, and detective. In 2002, he became a sergeant and entered into leadership roles. He was fortunate enough to command patrol officers, investigators, the K-9 unit, and the SWAT team.

Frank retired from law enforcement in 2013 as a captain in order to write full time and to teach. From 2013-17, he taught law enforcement subject matter at community college, university, and as an independent consultant for an international non-profit. He also taught a series of writing workshops, but mostly he worked on being a full-time writer.

Frank earned a BA in History from Eastern Washington University in 1998, and an MS in Administration of Justice from the University of Louisville in 2012.

Writing Career: Frank began writing seriously at about thirteen. In 1995, he started the first draft of Under A Raging Moon, which would become the first book in the River City series of police procedurals. River City, a fictional version of Spokane, Washington, features an ensemble cast of officers, detectives, and leaders as they face a variety of crises over the course of the series.

River City is also the setting for Frank’s series of Stefan Kopriva mysteries, and Some Degree of Murder, a novel written with Colin Conway. Novels such as The Last Horseman and the Spocompton series are set in Spokane proper, while other books include a variety of different settings, such as the Ania series with Jim Wilsky (set in Chicago, Las Vegas, Northern California, and the Florida coast). The Bricks and Cam Job series he wrote with Eric Beetner has a distinctive east coast flavor, as do his novels with Lawrence Kelter (The Last Collar, Fallen City).

In 2019, Frank teamed up with Colin Conway again for a new series set in Spokane, the Charlie-316 series of police procedurals. That same year, Frank created (and edits) the novella anthology series, A Grifter's Song.

Frank has held the #1 author spot for police procedurals on Amazon, and remains a prolific author with over two dozen novels to his credit. Frank’s books are available in all formats — paperback, ebook, and audio book.

In addition to novels, dozens of Franks’ short stories have been published in magazines (print or online) and numerous anthologies. He is a four-time finalist for the Derringer Award (given by the Short Mystery Fiction Society).

Frank also writes mainstream fiction under his real name, Frank Scalise. He currently resides in Redmond, Oregon, with his wife, Kristi. He is an avid hockey fan, reader, movie lover, gamer, and a tortured guitarist.

4.0 out of 5 stars
4 out of 5
20 global ratings
How customer reviews and ratings work

col2910
4.0 out of 5 stars Really enjoyable
Reviewed in the United States 🇺🇸 on March 31, 2022
The third and latest (published today actually) in Zafiro's Spo-Compton series and a slightly different bent this time with an ex-cop PI taking the lead.

George Masaryk has a new case. Find the man he got drunk with a week ago in a bar. Andrew McDonough's wife is worried and with George's business card in her missing hubbie's things with a pencilled meeting date, George is the best place to start.

I like how this one unfolded from a seemingly straightforward missing persons case to a more dangerous tangled web of deceit and manipulation. Characters from the two previous entries in the series reappear (Jake Stankovic and Kyle Falkner) and are an unwelcome complication in Masaryk's life.

Enjoyable storyline, interesting plot and characters, an easy writing style which keeps you turning the pages to uncover a bit more of what's going down quickly. Most of the characters involved in the drama are seemingly respectable individuals, but not above a bit of dodgy dealing to either survive or in the case of the more ruthless to get richer.

I look forward to getting reacquainted with the main players in the next (as yet unwritten) entries in Zafiro's Spo-Compton series.

At Their Own Game and In The Cut are the first two bangers in this cracker of a series.

Jobear
5.0 out of 5 stars Awesome book!!!
Reviewed in the United States 🇺🇸 on April 7, 2022
I really enjoyed this book. The characters were engaging and well written. The story was enough to keep you on the edge of your seat. I had a hard time doing anything while I read this book I found it hard to put down. The book is very descriptive you can see everything in your minds eye. There is a great mystery that will keep you guessing. All around fantastic read. I highly recommend this book for anyone looking for a thrilling experience.
I received this book free and this is a honest and voluntary review.
Read more
Helpful
Report abuse

Christmas Angel
5.0 out of 5 stars A Losing Battle?
Reviewed in the United States 🇺🇸 on March 11, 2022
A strong, gritty novel of a cop gone bad - making all the wrong decisions - taking all the wrong turns. Mr. Zafiro writes with an eloquent pen defining characters right to their core. A frightening story filled with "what ifs." I couldn't close the book. I didn't want it to end. This is a must read that I can't recommend highly enough. A 10 star book if there was such a rating. Superb.
Read more
Helpful
Report abuse

Ellen Oceanside
5.0 out of 5 stars Excellent
Reviewed in the United States 🇺🇸 on March 31, 2022
A hippie cop now a PI he has secrets, and other people’s secrets.
A night of heavy drinking, and now doesn’t remember what he agreed too.
Except he is in a mess of trouble, when that person that was with him is now missing.
His stories catch you from the beginning. You like this guy called Mase, and want answers. Well done and I enjoy all the authors books. Given ARC for my voluntary review and my honest opinion
Read more
Helpful
Report abuse
See all reviews

John Joseph
5.0 out of 5 stars Excellent read
Reviewed in Canada 🇨🇦 on October 29, 2022
Verified Purchase
Very entertaining and for a change I was completely fooled by the ending. Furthermore I love that it wasn't a Hollywood ending. I will definitely read more in the series.
Read more
Report abuse
See all reviews
Report an issue
Does this item contain inappropriate content?
Report
Do you believe that this item violates a copyright?
Report
Does this item contain quality or formatting issues?
Report