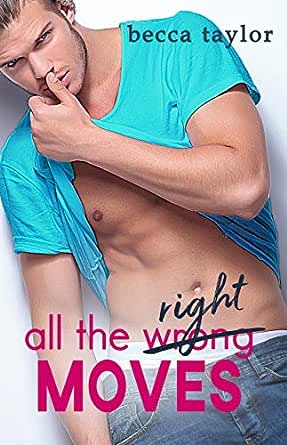 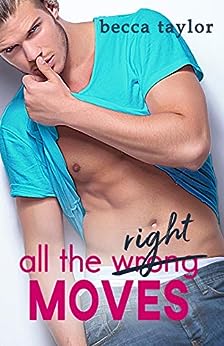 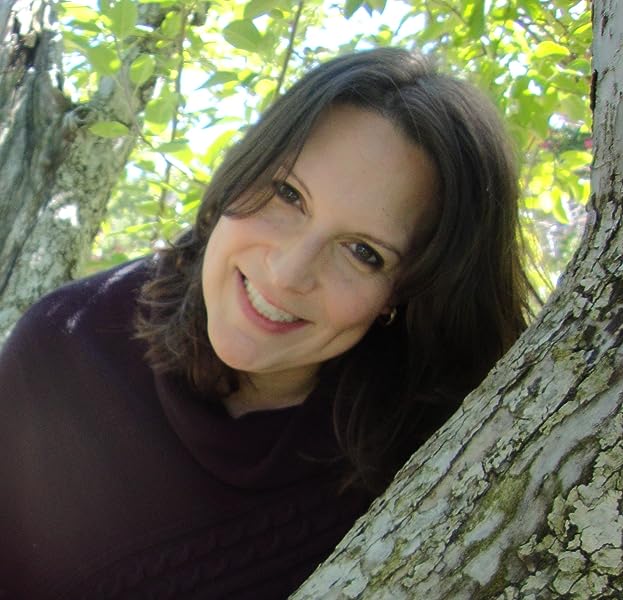 All The Right Moves Kindle Edition

"A great way to escape over the weekend." - Erika, Book Haven Book Blog

4.5 out of 5 stars
4.5 out of 5
55 global ratings
How are ratings calculated?
To calculate the overall star rating and percentage breakdown by star, we don’t use a simple average. Instead, our system considers things like how recent a review is and if the reviewer bought the item on Amazon. It also analyzes reviews to verify trustworthiness.
Top reviews

Amber
VINE VOICE
5.0 out of 5 stars The author knocked it out of the park with this one!
Reviewed in the United States on October 13, 2018
Verified Purchase
I love romantic comedies and All the Right Moves hit the spot!!
Preston has been calledthe worst boyfriend even by his girlfriend. A guy who bends over backwards to do the things she likes. No more sitting around feeling sorry for himself, he develops a plan to see if he can has all the right moves to win over a woman. Who better to test the theory than his BFF, Tenley.
There are some hit and misses along the way which make you laugh. Also some sweet things that make you swoon.
Will these two friends be able to test the waters and see if Preston has all the right moves? Or will it backfire on them?

This is a great book that I HIGHLY RECOMMEND! The author knocked it out of the park with this one!
Read more
3 people found this helpful
Helpful
Comment Report abuse

When his snotty, shallow girlfriend dumps him with a list of thirty reasons why he’s the worst boyfriend, Preston Griffin, 25, embarks on a plan to redeem himself. And the person he turns to is his neighbor and best friend since they were seven, Tenley Ray.

Told via their dual first person POV, this is a friends to lovers romance. It’s super sweet and the sexy times are steamy and yet still done meaningfully. It definitely came across that they were making love, not just hooking up. The pair made a cute couple.

“A couple who shared a washer together stayed together.”

Preston most certainly didn’t have the wrong moves nor was he a bad boyfriend at all. He was a really caring and attentive guy and very supportive. A total sweetie. He just needed to reexamine what or more specifically who he wanted.

Tenley has a few insecurities and she’s had a crush on Preston for a long time. I do wish that had been more balanced, though there are certainly hints that Preston had latent feeling for her that he didn’t recognize till now. When he struggles with jealousy and insecurities himself, well it was a nice dose of karma.

All in all, I enjoyed the story as a romantic and feel-good read. There are just two cringe-worthy lines that could have been edited out to make the story better. First, Tenley mentions that they share an apartment wall and she used to hear Preston with his ex. Even though the ex was a faker, that’s a sound and image that neither the heroine in a romance or the reader needs. Secondly, Preston’s thoughts on marriage include asking the father for permission. That’s an archaic custom that implies another man has control over a grown woman’s life. I was disappointed that a modern guy like Preston still bought into that sexist practice.

This is mainly a low angst romance aside from some predictable drama at the climax. Loved the well done epilogue. Epilogues set further in the future like that are always a treat in romancelandia.
Read more
2 people found this helpful
Helpful
Comment Report abuse

Gillek2
TOP 1000 REVIEWER
5.0 out of 5 stars Preston and Tenley!
Reviewed in the United States on October 12, 2018
Verified Purchase
Before Preston’s girlfriend breaks up with him she gives him a list of all the reasons that he is the worst boyfriend ever. Deciding he needs to make some changes if he doesn’t want to be alone for the rest of his life he does some research and approaches his best friend Tenley so that he can practice on her.

Tenley has been best friends with Preston since they were seven years old. When he asks her to help she really wants to refuse as she doesn’t want to muddy their relationship, but she has never been able to deny him anything.

It is only a matter of time before practicing to become a fake boyfriend has him turning into a real one, but their journey to get there is full of humor, heat and love. This is my first story by this author, but I would definitely read her future books.
Read more
3 people found this helpful
Helpful
Comment Report abuse

Kindle Customer
5.0 out of 5 stars Fun, loveable characters
Reviewed in the United States on October 13, 2018
Verified Purchase
I was lucky enough to watch this novel grow from it's first thoughts to a full blown humerous story and I couldn't be more honored. This book was a great read! The characters are real and messy and emotional and all over the place in a good way. Though you know in the beginning what's going to ultimately going to happen, it's the journey in between that is unpredictable. I can't wait to see what Becca has in store next. Plus you can't beat the price at just 99 cents.
Read more
3 people found this helpful
Helpful
Comment Report abuse

Becca Loves Books
5.0 out of 5 stars Awesome best friends to lovers
Reviewed in the United States on January 20, 2019
Verified Purchase
I loved this story... The connection and chemistry between them... It amazes me that he never realized how she felt lol... I love how the author brought Butter my Bread into the story... Preston is the perfect best friend who becomes so much more.. Tenley finally gets to experience everything with her bestfriend that she only dreamed would happen ...
Read more
2 people found this helpful
Helpful
Comment Report abuse

Tasha Talks Books Blog
4.0 out of 5 stars ROMCOM AWESOME READ!!!!
Reviewed in the United States on October 18, 2018
Verified Purchase
Tenley has been best friends with Preston since they were seven years old. When Preston's girlfriend breaks up with him and gives him a long list of reasons of why he is the worst boyfriend ever, he needs to figure out how to fix these issues before he ends up alone. The love and friendship between the two are so awesome and loving. WOw! This was an amazing book and totally a must read.
Read more
One person found this helpful
Helpful
Comment Report abuse

Amanda
4.0 out of 5 stars I love Preston and Tenley
Reviewed in the United States on May 30, 2019
Verified Purchase
4.5 Short review. First book by the author I have read but definitely not my last. A light, fun, sexy friends to lovers love story that I didn't want to end. Preston and Tenley have sizzling chemistry. I enjoyed their friendship just as much as their relationship. Preston's ex Chanel was petty and didn't know what makes a good boyfriend which is fitting since she didn't know how to be a good girlfriend.
Read more
Helpful
Comment Report abuse

Amazon Customer
5.0 out of 5 stars Friends to Lovers
Reviewed in the United States on May 9, 2020
Verified Purchase
Love a Friends to Lovers storyline. It’s my favorite theme. Can’t wait to find out who Keaton marries in the Sunset Strip Series
Read more
Helpful
Comment Report abuse
See all reviews

Sandra Loves Reading
5.0 out of 5 stars Great story!
Reviewed in the United Kingdom on October 13, 2018
Verified Purchase
I loved this book!
Preston is dumped by his girlfriend for basically everything, the guy can't do anything right according to her.
Now Preston's a stats man and he compiles a list of things women want from a man and he decides to work on it.
He gets Tenley, his best friend, to give his findings a trial run and see if it's really right and if he can be a man that a woman wants. It just so happens that Tenley has feelings for Preston but she's kept them well hidden.
Can this be the start of something great between them or will it be the death knell for their friendship?
Read more
Report abuse
See all reviews