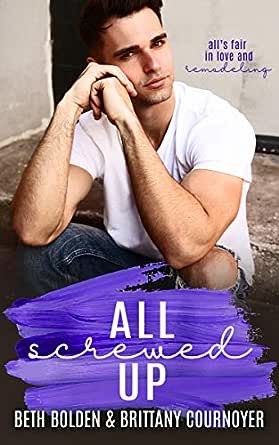 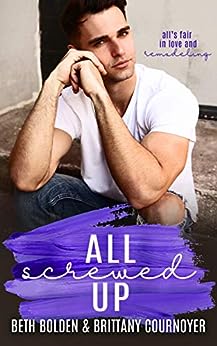 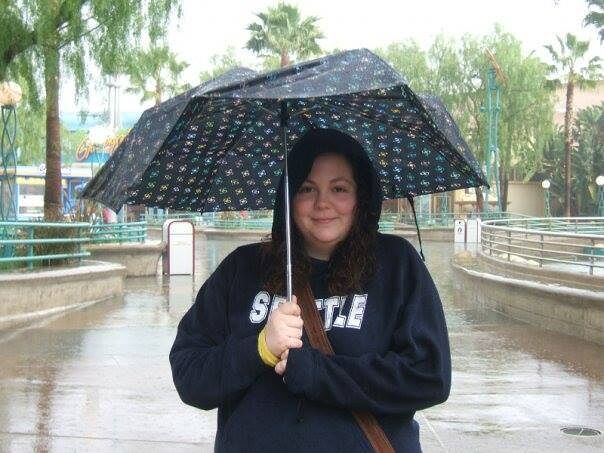 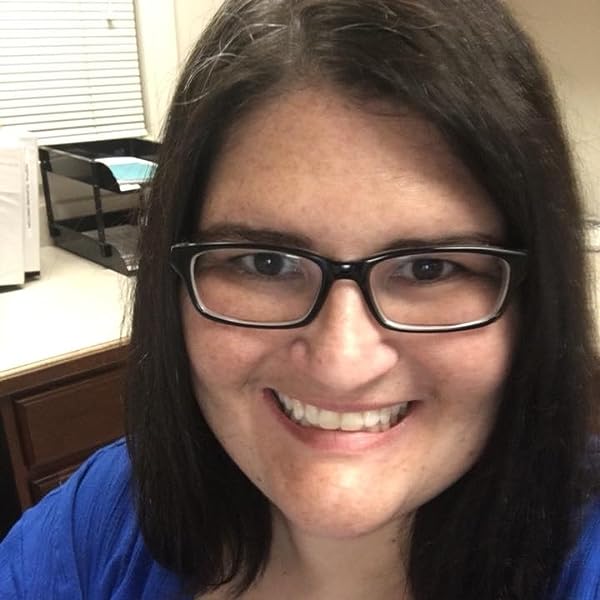 All Screwed Up Kindle Edition

Khadijah James
5.0 out of 5 stars Angel and Devil finally agree on something
Reviewed in the United States on November 9, 2020
Verified Purchase
I LOVED this book! This partnership was a dream I didn't even know I had, producing an amazing book. David and Griffin were opposites, but they soothed rough edges and complemented each other. David was stubborn and abrasive but knew what he was doing, while Griffin was inquisitive and trying to prove that he could finish what he started. Their start was more than rough, and they definitely rubbed each other the wrong way, giving me a lot of laughs and entertainment with their snark and battle of wits. I loved how unique their journey was, and the way Griffin chipped away at David's walls, while David learned to grow and let go of his stubbornness. I loved every minute of this book, and you will too. I really hope this isn't the last collaboration we get from these two.
Read more
2 people found this helpful
Helpful
Comment Report abuse

Brucie Boy
3.0 out of 5 stars My first read of this kind of story in gay literature
Reviewed in the United States on November 13, 2020
Verified Purchase
A very interesting read. I WILL explore this genre more throughly, gradually. A bit immature and marshmallow for me. Probably suited to a younger audience although the sex was certainly graphically mature.
Read more
Helpful
Comment Report abuse

Larissa
3.0 out of 5 stars Light hearted romance but didn't work for me
Reviewed in the United States on November 10, 2020
In All Screwed Up, a standalone offering by Beth Bolden and Brittany Cournoyer, we are given a low-angst, light, enemies-to-lovers romance between two stubborn men at crossroads in their respective lives. Griffin moves to a new place for a new job where he knows no one, and arrives only to discover that the house he bought, sight unseen, is a dump. Completely inhabitable. So decayed and dilapidated that none of the contractors in town will take on the whole house remodel project. As a last resort, Griffin is put in touch with David, a very talented contractor with a very bad attitude. David’s my-way-or-the-highway approach that constantly overrides a client’s wishes has garnered him terrible reviews on Yelp and now, within 6 months of taking over his father’s construction business, he has no clients, no work and no prospects. Yet David still hesitates to accept the daunting proposal to remodel Griffin’s dump of a house, that is until Griffin agrees to give David a positive review that focuses only on David’s work, and not his attitude - something David desperately needs to save his business.
Griffin and David are both stubborn, persistent and short-tempered which makes for a very volatile start to their relationship. There’s a mutual attraction though, despite how frustrating they find it is to communicate and work with each other. (There’s also a mutual love of some very adorable kittens, which may be the highlight of the book.) As they get to know each other and spend more and more time together, though, they start to develop a partnership that then morphs into love.

This book had a lot of potential and given the description and the authors, perhaps my expectations were (unfairly) set too high. But this story just didn’t work for me. There were a number of issues I couldn’t get past and it dampened my enjoyment of the book. There was a disjointedness to the story that possibly was a result of the way the authors chose to divvy up the writing. The writing wasn’t smooth and the transitions from one character to the other didn’t always line up in a sensible way. The angel/devil plot device was annoying rather than endearing, particularly because it wasn’t utilized in the way I expected it to be. Typically, the angel/devil dichotomy is used to show internal conflict, with the character stuck in the middle between the angel on one side acting as his conscience, and the devil on the other side offering temptation. In this story, the angel and devil didn’t consistently follow that mold or represent resolution of a conflict; rather, it was like two extra, unnecessary voices cluttering up our MC’s thoughts and detracting from our emotional engagement with them. I don’t think the angel/devil device was needed either, so to my mind, it did more harm than good. There were also squandered opportunities, which was disappointing. For example, I think more could have been made out of the remodeling competition. I almost felt like the authors may have initially intended to do so, but then it got left by the wayside in a rush to complete the story.

All of the things I just mentioned are admittedly minor and while they bothered me, they may not bother you. For me, it was the cumulative effect of them coupled with what I saw as a significant issue: the untenable premise that Griffin, a bright, resourceful, successful guy, would buy a house sight unseen. Griffin was starting a new job as an Assistant Manager of a Pet Store. There was no urgency or extenuating circumstances that explains why Griffin rushed into buying a house without seeing it first. He didn’t even ask for current pictures, just assuming what he saw online was accurate (it wasn’t). I can suspend disbelief to some degree, but this was so implausible, it undermined my view of Griffin and my sympathy for his plight. It also frustrated me because this could have easily been solved simply by creating a different set of more believable facts. For example, maybe Griffin lived too far away or was traveling, so he relied on a friend/real estate agent, someone he thought he could trust, to find suitable housing for him, and was screwed over by that person. That scenario would fit the title and, at least for me, be more believable. So while overall, Griffin and David are likeable, they are cute together, and the transformation from enemies to lovers is fun to see, I just couldn’t connect with either of them, and while I was glad for the HEA, I just didn’t feel invested in them or this story.
Read more
One person found this helpful
Helpful
Comment Report abuse

Amelia
5.0 out of 5 stars A perfect blend of funny and sweet
Reviewed in the United States on November 6, 2020
Despite David's gruff exterior and Griffin's incessant questions, these two made such an adorable couple. Watching them stumble into love was so much fun, and I savored every sweet, sassy, and hilarious moment.

This romance is a classic "grumpy falls for sunshine" trope, with plenty of heartfelt moments and laughs. Griffin's impulsiveness got him into trouble so many times, but he never let those mishaps get him down. I loved how Griffin never took himself too seriously, and though he poured determination into everything he did, he was also willing to step back and let someone else take the reigns. David, on the other hand, took himself almost too seriously at work, always convinced he was right and that he needed to impart that rightness on his clients. It made my heart so happy to see David actively trying to better himself throughout this story, and his hard work really paid off. The David that apologized and won Griffin's heart was so different from the man I met at the beginning of this book, and it only made me love him more to see that he recognized his own flaws and genuinely wanted to be different. The rest of Griffin and David's romance was delightfully upbeat, following the ups and downs of Griffin's house renovation and their slow build to something more than a client/contractor relationship. Of course, I can't forget to mention those precious kittens that wormed their way into David and Griffin's hearts, or the refreshing reality check that David's father provided for both men. I wasn't overly surprised by the sweet ending to this story, but honestly I didn't want to be. I just wanted to watch Griffin, David, Charlotte, and Miranda ride off into the sunset together, and that's exactly what I got.

**I voluntarily read an ARC of this book. This review expresses my honest thoughts and opinions.
Read more
One person found this helpful
Helpful
Comment Report abuse
See all reviews