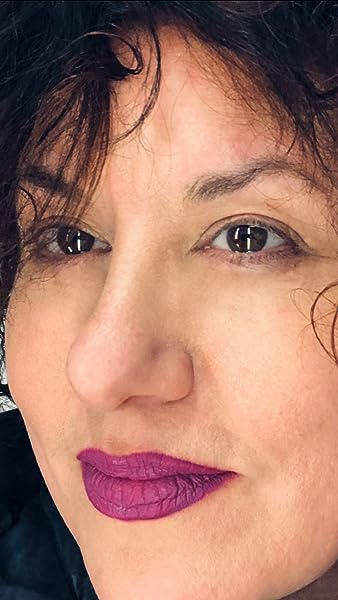 Whoopi Goldberg: One of the many things you and I have in common is our love for the golden age of Hollywood. In All The Stars In The Heavens, you bring to life some of the most beloved actors from that time period, like Clark Gable, Loretta Young, and Spencer Tracy. What made you want to set a story in that time period?

Adriana Trigiani: Movies of that era meant so much to my family. My great aunt Mary Farino was a movie buff, my grandparents loved going to "the show," and in their small mill they created blouses inspired by costumes worn in the movies. My grandfather bought his first movie camera in the 1930s—and shot wonderful stuff. The concept of the dream factory was very real to me.

Goldberg: I loved being a part of the film adaptation of your novel Big Stone Gap, which you wrote and directed. How did the experience of adapting your own novel to the screen affect the writing of All The Stars In The Heavens?

Trigiani: It was a joy to write and direct (for) you and your fellow actors. Each of you brought your magnificent skills to the production. But you're all real people—and that's equally fascinating to me. The entirety of the experience led me to write about what it's like to make a movie, the imagined lives of the players behind the scenes, and in a historical context, what it all meant and why it mattered.

Goldberg: What research did you to do to re-create the movie business of 1930s Los Angeles? I assume actual time travel was out of the question.

Trigiani: I would've loved the time travel. You know I love the research. One of the characters in the novel, the actor David Niven, was also a great writer. His books are among my favorites. If you want to be in show business, read them. His portrait of Clark Gable is one of deep affection and respect, which had a bearing on the way I portrayed him, as Mr. Niven was also a lifelong friend of the Young family. If David Niven thought the world of Mr. Gable and Ms. Young, that was good enough for me as a writer of fiction. Loretta Young authorized her autobiography, and Judy Lewis wrote her autobiography, which was also a family history. Both addressed their relationship and Judy's paternity. Autobiographies are so helpful, whether it was Myrna Loy's or William Wellman's or Lilly Daché's. Mel Gussow's biography of Darryl Zanuck gave me insight into the producer of Call Of The Wild—and we know how a producer's passion shapes how a film is made. In this case, it had a direct effect on the lives of Young and Gable. I also relied on the books of the great Hollywood historians, who placed the movie business in a context of the world at the time.

Goldberg: What are your favorite classic movies? Mine are The Thin Man, To Have And Have Not, and To Kill A Mockingbird (not necessarily in that order, in case you are wondering).

Trigiani: I love your list—here are a few more: How Green Was My Valley, Man's Castle, Midnight, Rifraff (1936), Test Pilot, The Ghost And Mrs. Muir, Mutiny On The Bounty (Both Versions), And The Song Of Bernadette.

Goldberg: What are you working on now, and is there a part for me?

Trigiani: A new novel called Kiss Carlo, and yes, there's a part for you—and it's a doozy. I can't wait to make another movie with you. That was bliss.

“Trigiani spins a tale of star-crossed lovers... A heartwarming tale of women’s lives behind the movies.” (Kirkus Reviews)

“Trigiani is a master of palpable and visual detail.” (Washington Post)

“If you’re meeting her work for the first time, get ready for a lifelong love affair.” (Kathryn Stockett, author of The Help)

“The author’s impeccable research and lush writing style recreates a plausible day-to-day look into the actress’s life as a staunch Catholic living and working in Hollywood... Eminently readable and richly imagined, Trigiani’s latest will thrill her fans and surely collect new ones.” (Publishers Weekly)

“Trigiani re-creates the golden age of Hollywood with the same rich, sumptuous detail that distinguished The Shoemaker’s Wife. Her ability to breathe life into the luminous cast of characters will captivate readers, then have them scouring Netflix for film classics of the 1930s. A tinsel-trimmed treat.” (Library Journal)

Trigiani gives heart to the facts and fiction of Hollywood, and in doing so she brings life to characters we’ve only known from the motion pictures, TV screen and radio. Her book is fiction, but the story is universal. (Clarion-Ledger (Jackson, MS))

The New York Times bestselling author of the blockbuster epic The Shoemaker’s Wife returns with her biggest and boldest novel yet—a spellbinding tale based on a true story and filled with her signature elements: family ties, artistry, romance, and adventure.

The movie business is booming in 1935 when twenty-one-year-old Loretta Young meets thirty-four-year-old Clark Gable on the set of The Call of the Wild. Though he’s already married, Gable falls for the stunning and vivacious young actress.

Far from the glittering lights of Hollywood, Sister Alda Ducci has been forced to leave her convent and begin a new journey that leads her to Loretta. Becoming Miss Young’s secretary, the innocent and pious young Alda must navigate the wild terrain of Hollywood with fierce determination and a moral code that derives from her Italian roots. Over the course of decades, Alda and Loretta encounter scandal and adventure, choose love and passion, and forge an enduring bond of love and loyalty that will be put to the test when they face the greatest obstacle of their lives.

Trigiani paints the glorious historical landscape of 1930s Los Angeles where European and American artisans flocked to pursue the ultimate dream: to tell stories on the silver screen. Trigiani’s masterful storytelling takes us on a worldwide ride of adventure, from Hollywood to Italy, in a mesmerizing epic that is at its heart a luminous tale of the most cherished ties that bind. Brimming with larger-than-life characters both real and fictional—including stars Spencer Tracy, Myrna Loy, David Niven, Hattie McDaniel, and others—All the Stars in the Heavens is the unforgettable tale of one of cinema’s greatest love affairs during the heyday of American moviemaking.

Adriana Trigiani is the New York Times bestselling author of eighteen books in fiction and nonfiction, published in 38 languages, making her one of the most sought after speakers in the world of books today.

Adriana is also an award-winning film director and screenwriter, playwright, and television writer and producer. Her screen adaptation of her bestselling novel Very Valentine premiered on Lifetime television in June 2019, launching their National Book Club. In 2018, she directed the feature film Then Came You, filmed on location in the Highlands of Scotland. She wrote and directed the award-winning major motion picture Big Stone Gap, based on her debut novel, filmed entirely on location in her Virginia hometown. Big Stone Gap spent 11 weeks in theatres in the fall of 2015 and was the #2 top-grossing romantic comedy of the year. She wrote and directed the documentary film, Queens of the Big Time, winner of the Audience Award at the Hamptons and Palm Springs International Film Festivals. Adriana co-founded The Origin Project, an in-school writing program which serves over 1,700 students in the Appalachian Mountains of Virginia. She lives in New York City with her family.

Page 1 of 1 Start overPage 1 of 1
This shopping feature will continue to load items when the Enter key is pressed. In order to navigate out of this carousel please use your heading shortcut key to navigate to the next or previous heading.
Back
Next
Pages with related products. See and discover other items: all books