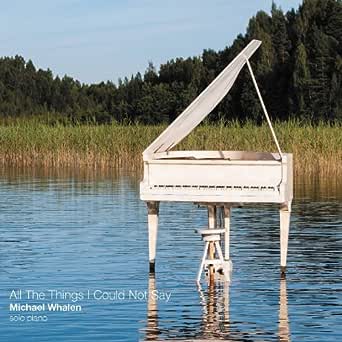 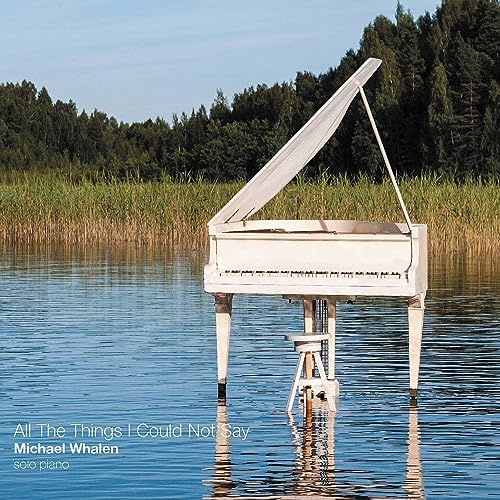 All The Things I Could Not Say

Listen Now
Buy MP3 Album $8.90
Your Amazon Music account is currently associated with a different marketplace. To enjoy Prime Music, go to Your Music Library and transfer your account to Amazon.com (US).

Kathy Parsons
5.0 out of 5 stars From MainlyPiano
Reviewed in the United States on July 14, 2013
Michael Whalen is a composer whose music is literally everywhere. He has won two Emmy Awards as composer and music supervisor, has been nominated for Grammy Awards as producer and recording artist, and is an award-winning commercial sound designer. His music has appeared on compilation albums on the Narada and Windham Hill labels as well as in more than six hundred-fifty TV and film scores, thousands of ads, and numerous TV themes and corporate identity pieces. Whalen frequently performs as a singer/songwriter and a solo pianist in the New York City area where he lives and works. He is also an adjunct professor at The City College of New York and and a former associate professor at New York University and the Berklee College of Music in Boston.

The music on "All the Things I Could Not Say" is subdued and melancholy, often more ambient than melodic. It creates a lovely atmosphere for working, driving, having a quiet dinner, etc. It is rather spare, focusing more on emotions than flashy playing. The use of reverb enhances the echo-y effect and gives the music a feeling of open space as well as of introspection. All ten of the tracks are Michael Whalen's original piano solos.

"All the Things I Could Not Say" begins with the title track, a very open, fluid piece that seems to weep with regret. "Forever: The Wedding Song" is solemn but much warmer and more hopeful. "Just Saying Your Name, Hurts" is as sad as the title. It seems to be asking why and looking for answers. I really like "Rhythm of the Saints," which is rather dark and in constant motion. "A Forest of Feelings" is somber with lots of open space and a rubato flow. "If I Could Fall in Love" is both wistful and heartbreaking. It is not without hope, but the emotions run very deep. The tender "My Arms That Ache to Hold You" expresses a deep, painful loneliness. The album closes with "Dust To Dust: The Memorial Song," a sad but affectionate goodbye to someone special. This is my favorite track, and although it is sad, it conveys hope and a sense of peace.

I remember Michael Whalen's music from the Narada and Windham Hill days, and it's great to reconnect with his music! Check it out!
Read more
4 people found this helpful
Helpful
Comment Report abuse

Tigran Haas
5.0 out of 5 stars Mesmerizing...
Reviewed in the United States on August 6, 2013
Absolutely the best thing after - My Secret Heart/ Michael Whalen, which was a joy of new age ambient piano...the new album is great!!!
Read more
2 people found this helpful
Helpful
Comment Report abuse
See all reviews