All This Time (Time After Time Book 3) and millions of other books are available for Amazon Kindle. Learn more 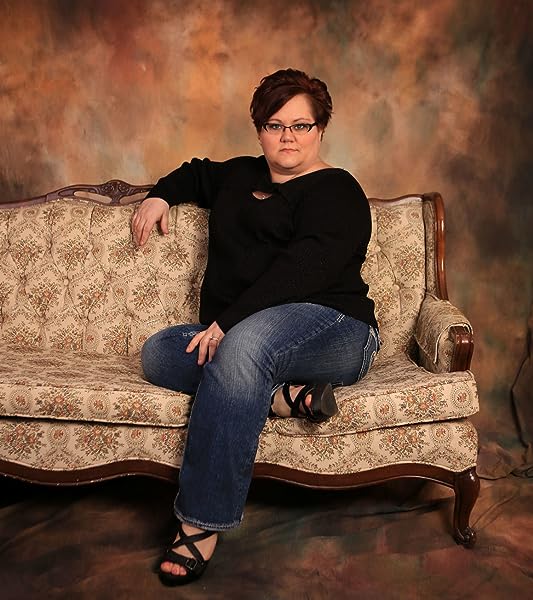 by Mel Henry (Author)
4.5 out of 5 stars 19 ratings
Book 3 of 3: Time After Time
See all formats and editions
Sorry, there was a problem loading this page. Try again.

"Rosie the Dragon and Charlie Make Waves" by Lauren H. Kerstein
Grab your towels and sunscreen and join Rosie and Charlie for a fun-filled summer adventure! | Learn more

Mel Henry has been an avid reader since stealing her first Harlequin from her mom's nightstand in second grade. Because some words were too big for her seven-year-old vocabulary, she took to writing her own stories (much to the relief of her teacher) and has been doing so ever since. After having held various jobs in her life that brought her no satisfaction and only a piddly income, she decided to publish her first book. She figured being a starving artist instead of just starving sounded much more interesting. Being able to do it in her pajamas and without make-up are just perks to the job. Living in Iowa with her husband and two teenaged daughters, Mel's an avid cook (sometimes by choice), seasoned traveler (always by choice), and a hardcore warrior against chronic Lyme disease (definitely not by choice). She loves live theater, thunderstorms, and good tea. She loathes conspiracy theories, egotistical people, and sushi. She is currently collaborating with three other authors on a project, and has the foundation in place for her next series. In the meantime, you can find her current works on Amazon and other online booksellers.
Start reading All This Time (Time After Time Book 3) on your Kindle in under a minute.

Heidi Pharo
5.0 out of 5 stars Then Better in Time released in April 2015
Reviewed in the United States on February 6, 2016
Verified Purchase
I stumbled upon Mel Henry's fist book - Distance and Time in 2013. When I first read it I was completely captivated by it and was hoping for more from Mel. Then Better in Time released in April 2015. I screamed in excitement that there was more to Carly & Josh's story. When All This Time came up as an ARC to read, I knew there was no way I was going to miss a chance on reading and promoting this gem of an author.

How to sum up three books for you.... First let me start by saying that All This Time is NOT a standalone. You need to read Distance and Time & Better in Time first. That being said, the Time After Time series is about Joshua McCarthy & Carly Cooper. Josh & Carly meet at a young age and fall in love. Josh is part of an up and coming boy band and is called to LA while Carly stays in New York. They try to make their relationship work while having a long distance relationship. This goes on for almost 15 years. Both get married at one point and yet the love that they have for one another stays strong.

All This Time concludes Josh & Carly's love story. It is painful, heart wrenching, hopeful and makes up rethink love in a way that you never have before. About 52% into All This Time I had an "Oh sh*t" moment. I immediately messaged Mel on FB to let her know that I loved how the pieces of the story were falling together. She asked me if I had read the epilogue. I told her that I had not gotten that far yet. Well Mel, I just finished it. It was another "Holy sh*t" moment. I can't believe I read what I just read!!!!!! It is a twist that I never saw coming. It might rank as one of my favorite epilogues - after I process everything.

The Time After Time series is will take your breath away. I loved this entire series right until the very last word of the epilogue, which btw, has me screaming and wanting to throw my kindle.... UGH!!! I digress... If you have not read a thing by Mel Henry, you are missing out on a treat.

Thank you Mel for allowing me to read All This Time prior to its release. Those who take a chance on your writing will find that you are a rare gem waiting to be discovered. I can't wait to watch your career blossom.
Read more
3 people found this helpful
Helpful
Report abuse

Before I continue with this review – if you haven't read the first two books in the “Time After Time” series you without a doubt want to read them before indulging in reading the final book “All This Time”.

Mel Henry has a way of tugging at your heart & leaving you wanting more and this book absolutely does just that.
Read more
One person found this helpful
Helpful
Report abuse

M.M. Fitzgerald
5.0 out of 5 stars Steamy, sweet, and sad
Reviewed in the United States on February 9, 2016
Verified Purchase
I am so sad that this trilogy is over! I fell in love with the characters. This book has twists and turns that you never expect. It's steamy, sweet, and sad but uplifting at the same time. This is a perfect end to this wonderful series. I look forward to more books from Mel!
Read more
One person found this helpful
Helpful
Report abuse

Nettergirl
5.0 out of 5 stars another AMAZING book from Mel!
Reviewed in the United States on February 15, 2016
Verified Purchase
What a great conclusion for this trilogy. Mel has out done herself . I have enjoyed all 3 books , this one I started at 11 pm and couldn't put it down so here it is 3 am and I am writing a review. I look forward to Mel's next book.. hopefully it won't be to long of a wait! BH for life :)
Read more
One person found this helpful
Helpful
Report abuse

Aurora
3.0 out of 5 stars Too long
Reviewed in the United States on July 20, 2016
Verified Purchase
This could have been written in just one book without the cliff hangers. And it would have been more poignant and sweet. As it was, time after time became too long a journey and ended with a dissatisfying halt.
Read more
Helpful
Report abuse

Jen
5.0 out of 5 stars Love it.
Reviewed in the United States on March 3, 2016
Verified Purchase
Loved this book. What a perfect ending to the series. No cliffhangers and a very enjoyable read.
Read more
One person found this helpful
Helpful
Report abuse

Colleen Gray
5.0 out of 5 stars Amazing
Reviewed in the United States on February 5, 2016
Verified Purchase
This is an amazing book that will grab you attention and keep you turning the pages until the end. Mel Henry has definitely created a trilogy that will keep you wanting more.
Read more
One person found this helpful
Helpful
Report abuse

MOaishia
5.0 out of 5 stars Five Stars
Reviewed in the United States on July 21, 2016
Verified Purchase
Beautiful story and ending to a great trilogy. I highly recommend this book and series.
Read more
Helpful
Report abuse
See all reviews
Back to top
Get to Know Us
Make Money with Us
Amazon Payment Products
Let Us Help You
EnglishChoose a language for shopping. United StatesChoose a country/region for shopping.
© 1996-2021, Amazon.com, Inc. or its affiliates