Secure transaction
Your transaction is secure
We work hard to protect your security and privacy. Our payment security system encrypts your information during transmission. We don’t share your credit card details with third-party sellers, and we don’t sell your information to others. Learn more
Details
Ships from
Amazon.com Services LLC
Sold by
Amazon.com Services LLC
Return policy: This item is returnable
In most cases, items shipped from Amazon.com may be returned for a full refund.
Read full return policy
All-new Echo Buds (2nd Ge... has been added to your Cart

from AnkerDirect
$13.99
Added to cart
Add to Cart
An Error has occurred. Try again.

from Amazon.com
$9.99
Added to cart
Add to Cart
An Error has occurred. Try again.

from Amazon.com
$9.99
Added to cart
Add to Cart
An Error has occurred. Try again.
Add selected items to cart Continue Shopping No thanks

Choosing the right ear tip size is important to experience the best sound quality and active noise cancellation performance. Find a comfortable and secure fit through the Fit Guide.

To activate your Echo Buds, you will need to complete registration in the Alexa app using a smartphone with Android 6.0+ or iOS 12+.

Power up for
work or play

Long-lasting battery and the included charging
case let you go with the flow, no matter what
your day holds.

Every day is an earth day

You don’t have to be an environmental scientist to make sustainable choices. We considered sustainability in the design of this device. Here’s how:

Amazon is building new wind and solar farms to produce clean energy equivalent to the electricity used by this device.

98% of this device’s packaging is made of wood fiber-based materials from responsibly managed forests or recycled sources. 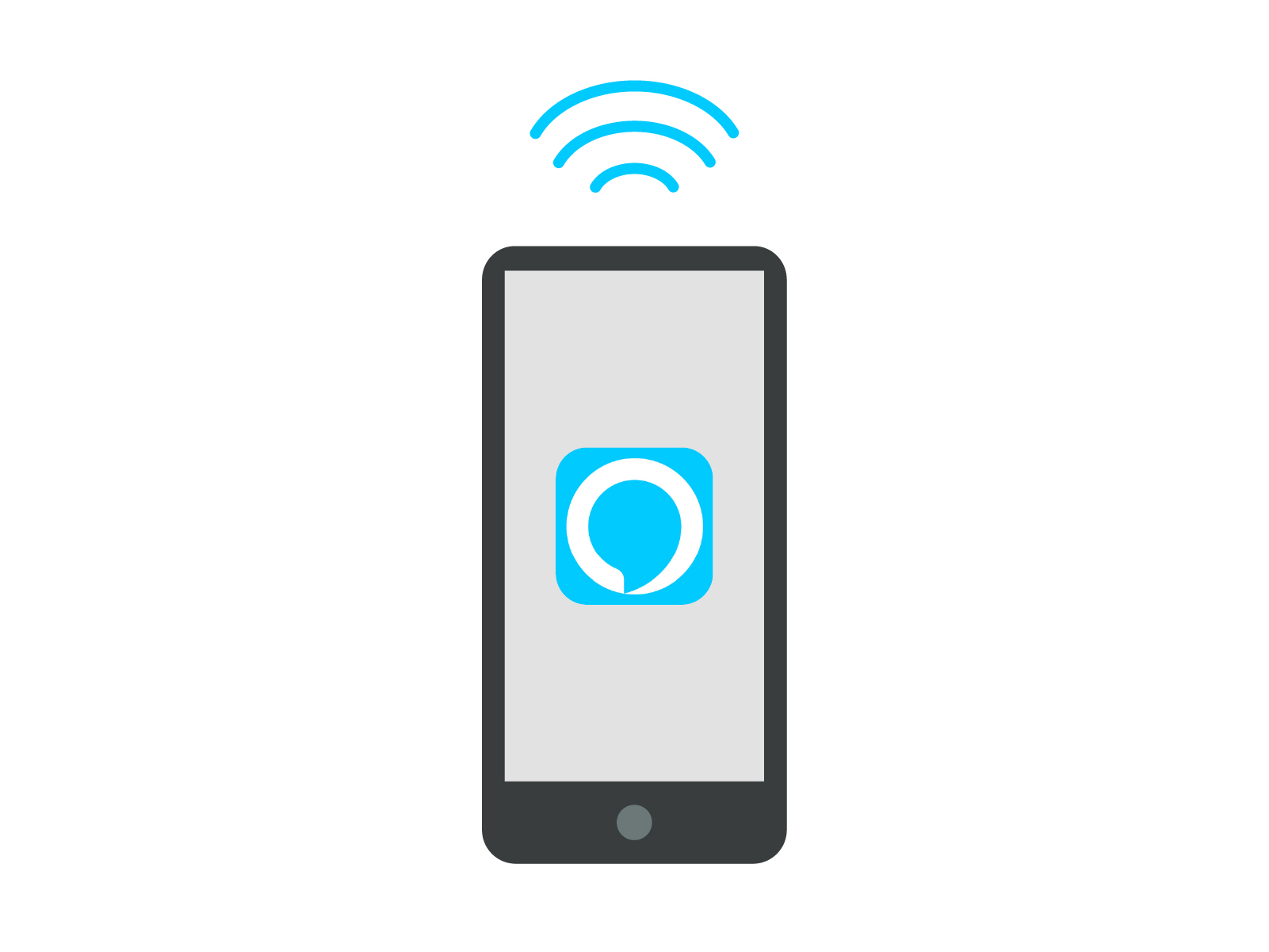 1. Open the Alexa app on your phone. 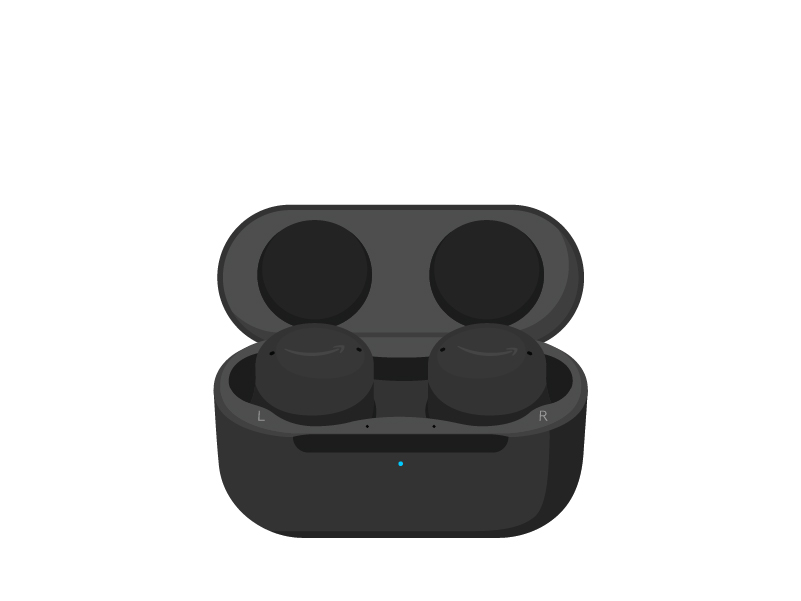 2. Open the case and wait for the blue
light. Tap the pop-up notification in
the app to finish setup. 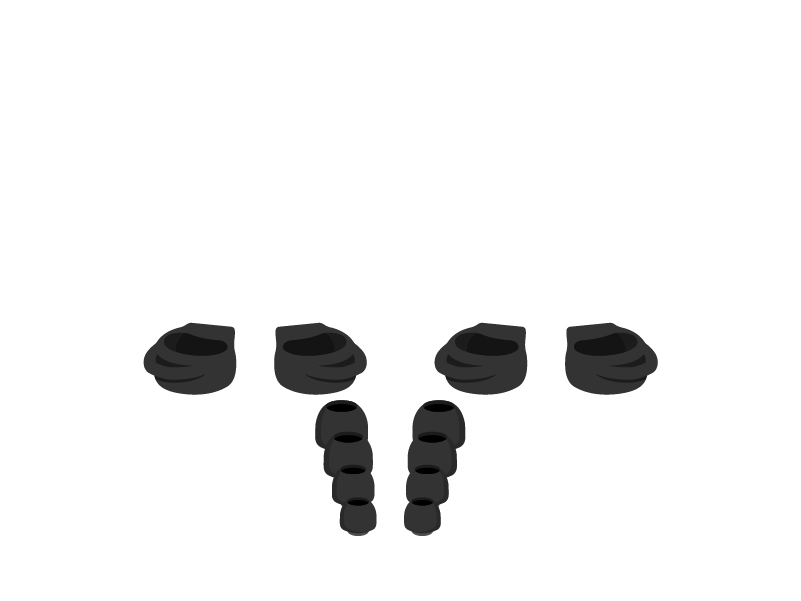 3. Customize your fit with the
included ear tips and wing tips.

The Reducing CO2 label applies to products certified by the Carbon Trust, that are lowering their carbon emissions year after year for the full lifecycle of the product. The Carbon Trust was formed in 2001 and introduced the world’s first carbon label in 2007. It produces its certifications to global leading and independently verified standards. The Carbon Trust has a mission to accelerate the move to a sustainable, low carbon economy.

3.9 out of 5 stars
3.9 out of 5
2,400 global ratings
How are ratings calculated?
To calculate the overall star rating and percentage breakdown by star, we don’t use a simple average. Instead, our system considers things like how recent a review is and if the reviewer bought the item on Amazon. It also analyzes reviews to verify trustworthiness.

G.H.
1.0 out of 5 stars What a let down!
Reviewed in the United States on May 13, 2021
Color: BlackStyle: Wired Charging CaseConfiguration: Echo BudsVerified Purchase
Had high hopes for these earbuds but Amazon wants too much from me to use their earbuds.
In order to set these up you have to load the Alexa app on your device, that's a little odd, but OK.
Then when you try and setup the buds you have to enable the location tracking on your phone, permanently and allow Alexa to listen and record all the audio on your phone, not just when you use the earbuds.
Nope, hard pass. There is no reason to give a company access to 100% of your conversations and where you go, just to use earbuds.
It's too bad, the fit seemed like they might actually work well, but I got no sound out of them and they refused to work when I refused location tracking.

Phillip R
1.0 out of 5 stars Need To Let Echo Take Over Your Phone for These to Work
Reviewed in the United States on May 13, 2021
Color: BlackStyle: Wireless Charging CaseConfiguration: Echo BudsVerified Purchase
I could not get these ear buds to even sync with my phone without fully installing Echo and allowing it full access to my phone contacts, location, emails, calendar etc. I just wanted a good pair of ear buds, but I couldn't even get these to sync. My Bluetooth recognized them, but when I tried to play music it would disconnect. I also did not like how they fit in my ears, overall a big disappointment
Read more
335 people found this helpful
Helpful
Report abuse

JW
2.0 out of 5 stars Baited into buying w/ Audible Subscription-Amazon told me I don’t qualify
Reviewed in the United States on May 13, 2021
Color: BlackStyle: Wired Charging CaseConfiguration: Echo BudsVerified Purchase
The buds are ok. My ears hurt shortly after putting them in, but I would hope to get used to that.

However, I’m returning due to the bait and switch tactics by Amazon. They offered free six month subscription to Audible but after waiting on hold with them to find out how to redeem, I was told I didn’t qualify because I had an Audible free trial months ago. I think it’s pretty crappy and didn’t see anywhere on the advertisement that got me suckered into the purchase. I’m returning based on the fact I feel lied to by Amazon. The free Audible subscription was part of my purchase so I don’t think I got what I paid for. Do better Amazon.

C
TOP 500 REVIEWER
5.0 out of 5 stars My new favorite earbuds
Reviewed in the United States on May 13, 2021
Color: BlackStyle: Wired Charging CaseConfiguration: Echo BudsVerified Purchase
Upgrades/Improvements from Generation 1 to Generation 2:
-The case now uses USB-C instead of Micro USB for charging, also there is a wireless charging case option for $20 more.
-The case is 40% smaller.
-The earbuds are 21% smaller, and lighter, weighing 5.7 g, (previous version weighed 7.6 g)
-Now available in white or black, instead of just black.
-Full ANC, now with Active Noise Cancellation instead of Active Noise Reduction in previous version, blocks twice as much noise.
-Better fit, shorter nozzle part that goes in ear, and vent to reduce in-ear pressure.
-4 sizes of interchangeable ear tips instead of 3 with previous version.
-”Alexa, find my buds” option to locate earbuds, ask another Alexa device, and the buds play a chime to help find them.
-Less expensive: initial pre-order price $99, normal price will be $119 (or $139 for wireless) , vs $129 for previous version.
-Better sound, slightly deeper bass.
-Better microphone, optimized to capture lower frequencies. Voice sounds less tinny to other people on calls.
-Separate status LEDs on the case for left and right earbud, to tell when each is fully charged.
-21% post-consumer recycled plastics in the black case version.

Other (less positive) changes:
-Now has an Amazon logo on the buds, with a matte finish instead of glossy finish
-15 hours of play time with charging case, vs 20 hours with previous version

Personally, I find these to be a significant improvement over the previous version of Echo Buds. The new size and shape fits my ear MUCH better. With the previous model, the buds were so large and clunky that they always felt like they were about to fall out. These new ones don't stick out as much, and have not fallen out of my ears like the old ones. The setup was much easier than the old buds too, as this time I didn't have to go to my phone settings and manually pair the buds; instead I just opened the case and they were detected in the Alexa app. These new buds also sound much better to me than the previous version, but part of that might be because they fit in my ear better. The smaller case is more convenient for carrying around in my pocket, and I appreciate the individual charging LEDs for each earbud, because recently I have been using just one bud sometimes while I'm listening to podcasts. In my testing out phone calls, other people have reported that my voice sounds more clear, more like speaking directly into a phone, while the previous version sounded slightly more like using speaker phone.

These might be my new favorite earbuds overall. For really loud music during workouts I might still slightly prefer the sound of the Jabra Elite Active 75t, but these new Echo Buds 2 are so useful, and you really can't beat them in terms of value. I will be using these on a regular basis, and I'll update this review if I notice any problems or other improvements.

Jaded
3.0 out of 5 stars I Thought I Would Like Them... But
Reviewed in the United States on May 13, 2021
Color: Glacier WhiteStyle: Wired Charging CaseConfiguration: Echo BudsVerified Purchase
First let me make it clear that I use my ear buds to listen to radio. Than't it. I don't listen to music on my phone. I walk early in the morning pretty much every morning and I listen to NPR while I walk. I bought the Echo Bud gen 2s to replace a pair of Echo Buds gen 1. I thought the 2s would be better. That being said here are my impressions after using them for one moning walk.

I like the USB C charging
I like the one tap mute, even though it works pretty slowly.
I like the indicator lights that show level of charge for each bud and the case.

I can't tell if the Active Noise Cancellation is working. I switched it on and off, I think, over and over. It just doesn't seem to make a difference. As I write this there are only a few other reviews. One of them says ANR works great, the other says it doesn't work well at all. Maybe my pair of Ear Buds are bad. All I know is ANR ain't working. ANR works very well with my Gen 1s.

In my old Echo buds when switching from ANR on to ANR off there was a voice message indicating ANR on or off. Now there is a sound but no indication on or off. So when I say ANR isn't working I have to assume that one of the settings is the on.

The new push and hold to turn ANR on and off is a pain. The old buds used a double tap on off. That was easy to do, and you got an acknowledgement of the on or off status. Now I do a long push, or think I'm doing a long push, and sometimes there is a dong. But is ANR on or off?

Customize Tap Controls is a joke. The only tap control you can adjust is the Long Push. You can change that to Volume up down and some other things. But if you want to use ANR you are stuck with long push. You can't change any of the Tap options, single double or triple, to ANR on off.

So for the way I use Echo Buds the Gen 2s are not as good as the earlier buds. So I plan on returning them. Too bad I really like the USB C charging.
Read more
124 people found this helpful
Helpful
Report abuse
See all reviews