Sold by: Fifty Third Street Books
Have one to sell?
Sell on Amazon 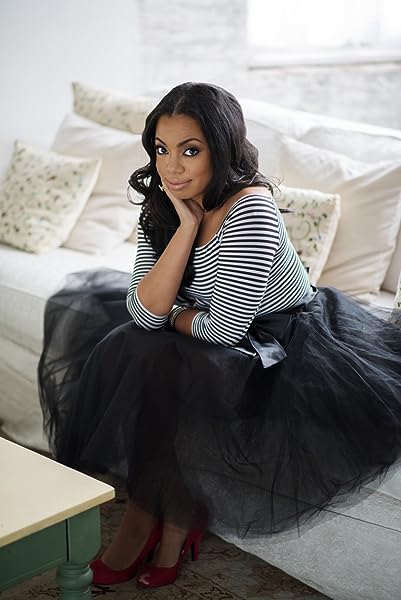 Tiffany D. Jackson is a TV professional by day, novelist by night, awkward black girl 24/7. She received her Bachelor of Arts in Film from Howard University and her Master of Arts in Media Studies from The New School University. You can visit her online at her website.

Gr 9 Up—Jackson delivers a requiem about systemic issues of injustice in this debut novel that portrays the juvenile justice system, meant to rehabilitate youth who have gone astray, and the social service system, which is intended to defend those whose rights have been infringed upon. Interwoven with case study excerpts, depositions, and inmate interviews, this gripping thriller centers on 16-year-old Mary Beth Addison, who was incarcerated for the alleged murder of a three-month-old infant. Not all of the clues point to then nine-year-old Mary's guilt, though. Now Mary is in a group home with hopes of moving into the world and maybe even to college. But she's been unable to get her birth certificate from her mother, and she needs the document to take her SATs. She's also just learned that she's pregnant, which threatens to turn her macabre existence into a permanent nightmare. Because Mary is underage and her 18-year-old boyfriend, Ted, is also in a group facility, their child will be put up for adoption after Mary gives birth, but Mary will go to any length to prevent that from happening. With remarkable skill, Jackson offers an unflinching portrayal of the raw social outcomes when youth are entrapped in a vicious cycle of nonparenting and are sent spiraling down the prison-for-profit pipeline. VERDICT This dark, suspenseful exploration of justice and perception raises important questions teens will want to discuss. An excellent selection for YA shelves.—Sabrina Carnesi, Crittenden Middle School, Newport News, VA

★ “With remarkable skill, Jackson offers an unflinching portrayal of the raw social outcomes when youth are entrapped in a vicious cycle of nonparenting and are sent spiraling down the prison-for-profit pipeline. This dark, suspenseful exploration of justice and perception raises important questions teens will want to discuss.” (School Library Journal (starred review))

★ “The characters are complex, the situation unsettling, and the line between right and wrong hopelessly blurred. It’s also intensely relevant, addressing race, age, and mental illness within the criminal justice system. Well conceived and executed, this is an absorbing and exceptional first novel.” (Publishers Weekly (starred review))

★ “Suspenseful without being emotionally manipulative, compelling without resorting to shock value, this is a tightly spun debut that wrestles with many intense ideas and ends with a knife twist that will send readers racing back to the beginning again.” (Booklist (starred review))

“Seen through Jackson’s dark portrait of the legal system and the failures of parents and social workers, Mary’s environments are as grim as the stories that play out in them; readers fascinated by procedural dramas will be thoroughly hooked.” (Bulletin of the Center for Children’s Books)

“I have to admit, it’s been a while since I’ve been this rattled by a story. Tiffany D. Jackson chips at the world, then cracks it, then shatters it into shards of discomfort and complexity for the reader to grapple with it. Allegedly, undoubtedly, will linger long after it’s over.” (Jason Reynolds, award-winning author of All American Boys and The Boy in the Black Suit)

“A well-executed, powerful journey into the claustrophobic life of a young girl trying to navigate what little is left after the world has judged her, and what she will do to escape it.” (Mindy McGinnis, Edgar Award-winning author of A Madness So Discreet)

“Tiffany Jackson’s timely and chilling debut will haunt you for a long time. An extraordinary new voice.” (Justine Larbalestier, author of Liar and My Sister Rosa)

Mary B. Addison killed a baby.

Allegedly. She didn’t say much in that first interview with detectives, and the media filled in the only blanks that mattered: a white baby had died while under the care of a churchgoing black woman and her nine-year-old daughter. The public convicted Mary and the jury made it official. But did she do it? She wouldn’t say.

Mary survived six years in baby jail before being dumped in a group home. The house isn’t really “home”—no place where you fear for your life can be considered a home. Home is Ted, who she meets on assignment at a nursing home.

There wasn’t a point to setting the record straight before, but now she’s got Ted—and their unborn child—to think about. When the state threatens to take her baby, Mary must find the voice to fight her past. And her fate lies in the hands of the one person she distrusts the most: her Momma. No one knows the real Momma. But does anyone know the real Mary?

In this gritty and haunting debut, Tiffany D. Jackson explores the gray areas in our understanding of justice, family, and truth, acknowledging the light and darkness alive in all of us.

Tiffany D. Jackson is the author of Allegedly, Monday’s Not Coming, and Let Me Hear a Rhyme. A TV professional by day, novelist by night, she received her bachelor of arts in film from Howard University and her master of arts in media studies from the New School. A Brooklyn native, she is a lover of naps, cookie dough, and beaches, currently residing in the borough she loves, most likely multitasking. You can visit her online at www.writeinbk.com.

Page 1 of 1 Start overPage 1 of 1
This shopping feature will continue to load items when the Enter key is pressed. In order to navigate out of this carousel please use your heading shortcut key to navigate to the next or previous heading.
Back
Next
Pages with related products. See and discover other items: d and d, chicago books, social work with groups