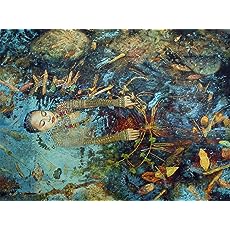 The author is a member of an indigenous group collectively known as the Igorots. The Igorots occupy the mountain ranges of north central Luzon, Philippines. For the more than three hundred years of Spanish occupation of the Philippines, the Igorots were able to defy the Spanish Empire's attempts to turn them into Christian converts and tribute-paying subjects to the King of Spain. This event allowed the continuation of Igorot indigenous beliefs and ways of life, but which earned them the notoriety of being primitive pagan enemies of God and the State. After the conquistadors had left, an antagonistic colonial legacy endured between the mountain-dwelling Igorots and the colonized, Christianized, and "civilized" lowland Filipino population.

It was said that the Spanish conquistadors offended the Igorot warriors so much that when the American colonizers adopted a soft strategy policy in dealing with the mountain tribes, for example, paying for labor instead of forcing the Igorots to do work for the Americans, the sheer contrast to the Spaniards' brutish policies made the Americans look good in comparison. As a result, the Igorots fell into the American colonial fold without resistance. Notwithstanding the Americans' success in 'taming' the Igorots, and although the latter are now mostly integrated and Christianized, compared to the majority of the Filipino people, the Igorots are still able to maintain most of their age-old customs and traditions.

The Igorot culture and traditional way of life is founded on animism. Spirit beings are acknowledged to abound everywhere and they interact with human beings. To a varying degree of ability and sensitivity, before the full-blown entry of external factors such as religion, the public school system, and other modern influences, any adult Igorot inherently understood the natural and contextual codes of his world and, thus, could directly communicate with the invisible realms which are very much a part of his normal world. However, when it comes to healing abilities, there are those whose knowledge are evidently greater than the general populace. These individuals earned the reputation of being a monsop-ok, a shaman. These healers, mediums, diviners, dreamers and visionaries are sought by the people when they are ill, whether it be physically, emotionally, psychologically or mentally. Shamanizing is usually an inherited practice as the ability is believed to run in families that carry such particular propensity. Among the author's particular ethnic group, most shamans are women, although men-shamans are not unheard of.

It is of this shamanic lineage that the author claims to have descended from. From both of her parents' clans lived generations of powerful shamans. The author, however, was only able to personally interact with her maternal grandmother who was the last shaman of her kind, in her hometown, when she passed away. It is from this background and context that the author found inspiration to write a philosophical discourse through an indigenous, but contemporary Igorot individual's, perspective.

In addition to the author's claim of 'cultural qualification' for writing a culture-based narrative, she is formally educated with a Bachelor of Arts degree in the Social Sciences and a Masters Degree in International Relations.
.

Above image: DOWNSTREAM by Jef Cablog, Philippines. All rights reserved.
. 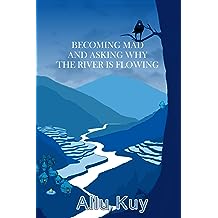 This bold and provocative work is a compelling story about the author's spiritual quest as she journeyed to the inner worlds to comprehend the "Mind of God", supposedly, through comprehending the enigmatic and elusive Will of God which her Christianized mother always referred to whenever she ran out of answers. To aim and then claim to understand the Mind or the Will of God is certainly very ambitious, if not an outrageous attempt. The quest had been very daunting but which, in the end, the author was able to accomplish, in her own fashion, at least.


This work is the result of a thorough process of philosophical inquiry which started when the six-year-old author, pointing to the river flowing in her hometown, asked her caretaker, her very old shaman grandmother, the question, where the river begins and where it ends. This childish question was only the beginning of a profound experiential journey into the mysterious worlds of dreams, storytelling, hallucinatory visions, through the angst of existentialism, and through the high abstractions of metaphysics – all of which unfold against the backdrop of two powerfully contending paradigms presented by a reputed shaman grandmother and a strong-willed catechist mother.


The narrative takes the retelling of indigenous folktales, parables, anecdotes, unusual dreams and original visions – elements which are an integral part of the biographical episodes of three generations of indigenous women from which the story was based upon. As a philosophical undertaking, the narrative takes an existentialist approach with a distinct shamanic undertone and a saturnine humor. Fundamental questions about God, life, death, afterlife, purpose and identity are explored. Abstruse and weighty topics such as free will, good vs. evil, human suffering, consciousness, perception, and the nature of reality, are also discussed.


Anybody with interest in indigenous peoples, storytelling, metaphysical philosophy, religions, anthropology, history, psychology, sociology, or just anybody looking to be entertained, will certainly find this work highly entertaining and informative. Although the narrative is taken to the level of metaphysical discourse, the heart of all themes discussed stems from very deep personal experiences and actual historical occurrences – which every human on earth can relate to as everyone is affected both by personal and social issues while, consciously or unconsciously, searching for meaning, for enlightenment, for happiness, for a heaven on earth.