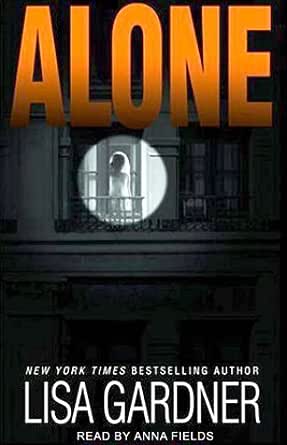 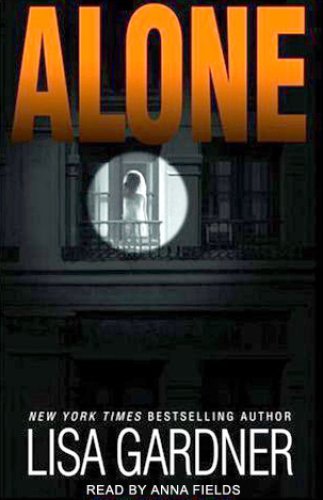 List Price: $26.60
You Save: $5.61 (21%)
By completing your purchase, you agree to Audible’s Conditions Of Use
Sold and delivered by Audible, an Amazon company

4.5 out of 5 stars
4.5 out of 5
1,509 global ratings
How are ratings calculated?
To calculate the overall star rating and percentage breakdown by star, we don’t use a simple average. Instead, our system considers things like how recent a review is and if the reviewer bought the item on Amazon. It also analyzes reviews to verify trustworthiness.
Top reviews

stingray
VINE VOICE
5.0 out of 5 stars first time reader of lisa Garner, i liked it
Reviewed in the United States on September 4, 2018
Verified Purchase
I don't read a lot of fiction but I took a vacation to san Francisco and I wanted some light reading. I really enjoyed the story I liked the main character, Bobby Dodge, a sniper for the special swat team STOP. The plot is about Dodge shooting this guy who happens to be a judge son and dodge life turns upside down and in the middle of all this is female fatale a beautiful and dangerous woman named -Catherine.
I liked the plot , it moves fast and the villain was powerful and unbeatable. I would read another book from Garner.

2broke2shop
5.0 out of 5 stars Outstanding, but...
Reviewed in the United States on April 3, 2016
Verified Purchase
Lisa Gardner is one of the best suspense writers. Literally. I just read all of her books again and they still amaze me. My only complaint is when one of her characters repeats three words or phrases in his/her head. Again, again and again. Every book. I don't mean to be critical, but once I noticed the pattern, it stands out more, and it bothers me now. So now, I find myself looking for it. Bracing for it. It's distracting.
Regardless, her books never fail to entertain and surprise me. She is a master. I wish she could write a book every month.

Kindle Customer
4.0 out of 5 stars So many options, who really did what?
Reviewed in the United States on April 26, 2017
Verified Purchase
Both state troopers and BPD are involved in this case. It focuses on tragedies in one family both current and past. It is difficult to discern exactly which family member is responsible for each death. Medical issues of the youngest family member become a key element in solving the case. For many primary characters childhood traumas affect their involvement. Meanwhile, bodies are accumulating.

It would be helpful to the reader if they were reading all books in the series sequentially.

C. Holliday
5.0 out of 5 stars I'm half way through and I can hardly believe how ...
Reviewed in the United States on October 11, 2014
Verified Purchase
I'm half way through and I can hardly believe how realistic, how believable, is the dialogue and the thinking that is described in this noire novel. There is not a moment when I don't believe in what is taking place. The suspense is growing in multiple directions and around a number of different characters. This is my second novel by Lisa Gardner as well as my second D.D. Warren novel. It's is a different experience seeing the detective that is named with a series actually playing almost bit roles and not dominating the action and getting it right most or possibly any of the time. I'm beginning to suspect that's part of the what makes Lisa Gardner's novels different. Apparently she uses D.D. Warren primarily to alert the reader to a style of writing and plot building in which the named detective isn't really central to the plot. It is equally interesting to see just how well that works.
Read more
10 people found this helpful
Helpful
Report abuse

Lazy Day Gardener
4.0 out of 5 stars Gardner's breakthrough suspense novel introduces D.D. Warren....
Reviewed in the United States on February 9, 2011
Verified Purchase
Those who have read earlier Lisa Gardner suspense novels should be warned that her 2005 breakthrough novel "Alone" is a much leaner and meaner story than they may have come to expect from Gardner, who manages here both to tighten her plot and to create characters of lasting interest.

"Alone" introduces Bobby Dodge, Massachusetts state police sniper, who is called to a domestic hostage situation - a young mother and her small son are being held prisoner by her gun-wielding husband. As Bobby watches through his rifle scope, the screaming husband moves to pull the trigger and Bobby becomes the only one who can save the woman and child.

But did Trooper Dodge read the situation correctly? Who was the victim? The distraught wife turns out to be Catherine Gagnon, who survived a childhood kidnapping and rape, and has learned to use her incredible beauty to manipulate the men in her world. Also, according to her in-laws, she is an unfit mother who may be responsible for her four-year-old son's frequent trips to the ER. Was Jimmy Gagnon, Catherine's husband, a loving father attempting to end his marriage and save his son, or a drunken bully?

Is Bobby Dodge a hero? Or a murderer? As the Boston Police Department team, led by Bobby's former lover, D.D. Warren, investigates the shooting, Bobby faces a civil suit brought by Jimmy's parents.

Gardner has written a tight novel filled with memorable characters. Bobby and Catherine are fully developed, complex characterizations. D.D. Warren, Gardner's iconic police detective, has a lesser, but important, role to play here. And for those who have read the later novels, fear not, she's as hungry and irascible as ever.

There are no easy answers in this mystery, and the suspense builds with each chapter.

Four Stars. The bottom line? "Alone" is a tightly written suspense novel containing interesting and well developed characters. However, the `shoot out' near the end, as many reviewers have noted, is difficult to follow and clumsy. (This shouldn't diminish overall enjoyment of the novel, but it's a one star deduction.)

Sadie
VINE VOICE
5.0 out of 5 stars Without a doubt the best book I've read in years!
Reviewed in the United States on May 14, 2011
Verified Purchase
I downloaded this onto my kindle a few months back but just got around to reading it. The beginning started out slow for me because she focused on different characters, which was confusing at first because I kept wondering who the book was about. Well, as soon as she connected the dots between the characters the story took off. And, boy did it. There is a twist, turn or new secret to reveal right up to the very end of the book. It had me sitting on the edge of my seat.

Bobby Dodge is a sharp shooter who takes out Catherine Gagnon's husband, Jimmy, while on duty. The only problem is that Jimmy Gagnon was the son of a crooked judge. The judge wants to have Dodge tried for murder. He also insists that Catherine set the entire thing up so Jimmy would be killed. Catherine has a sickly 4 yr old son, who the grandparents claim, is being abused by Catherine. That's all I'm going to say because to tell you anything else would be to tell you far too much. The author takes the reader on a fast paced journey while Bobby Dodge and Catherine Gagnon try to clear their names.

The only caveat I have is that far too many people got killed in this novel. She could have gotten away with killing three people and the story would have had the same impact.

Provost Street
2.0 out of 5 stars Predictable and unoriginal
Reviewed in the United Kingdom on January 19, 2014
Verified Purchase
I have to admit after having read all of Chris Mooney's books (mostly Boston crime thrillers)I've been left with an aching feeling for the suspense he dished up time and time again. I thought perhaps I had found a way to fulfil that desire with my discovery of Lisa Gardner and her books; which seem to appear similar in manner and theme to Chris Mooney's books. Boy, was I wrong. This was my first time trying to read one of her books and I won't be reading another again. I don't even know where to start. The whole book was a major disappointment. I thought about stopping it a few times because truth be told I really didn't feel a connection to ANY of the characters. The story is sloppy and the twists and turns in it lack substance. In fact, whilst reading I sometimes got confused how she even got the point in which I was reading. I think she expects the reader to hang on to every word because she loosely speaks of unspeakable acts (like sodomy, rape, incest etc). Truth is, however, the shockers she was serving seemed just that, an attempt to create suspense and shock without having built a connection, but all it did for me is question her use of such horrors. Terribly disappointed. Desperate for some good suspense and waiting patiently for Chris Mooney to release the fifth Darby McCormick book or Malcolm Fletcher book.
Read more
5 people found this helpful
Report abuse

Sandie
3.0 out of 5 stars silly, silly, silly
Reviewed in the United Kingdom on October 10, 2013
Verified Purchase
I'm glad that this wasn't the first Lisa Gardner book I had read. If it had been I would never have read another. I know authors need a little poetic licence but I really don't think there is a police officer in the world - at least not one with half a working brain cell who would do what Bobby Dodge does! Shame
Read more
5 people found this helpful
Report abuse

Geoff M
5.0 out of 5 stars First read of Lisa's
Reviewed in the United Kingdom on November 7, 2016
Verified Purchase
Excellent read although this is my first read of Lisa's it certainly will not be my last. The sheer twists and turns keep the suspense going to the very end. Anybody with an inkling to guess outcomes must read this and admit they almost got it right.
Read more
One person found this helpful
Report abuse

jess
3.0 out of 5 stars i love lisa gardener but!
Reviewed in the United Kingdom on February 16, 2013
Verified Purchase
although i read this book every chance i got and got through it fairly quick, i am not sure i liked it. it made me so very angry. i felt that the storyline about the two main characters and how they were treated was very unrealistic, and i just got angrier and angrier. there was a hero, and there was a long life victim, and as far as i was concerned the way they were treated in this story was very unbelievable. can't say anything else, i'm getting angry again just talking about it. maybe thats what makes a good book?
Read more
One person found this helpful
Report abuse

molko
4.0 out of 5 stars One of the most un-putdownable books i've ever read.
Reviewed in the United Kingdom on May 30, 2008
Verified Purchase
This book was so fast paced it really was shocking. Each of the lead characters were enjoyable to read about and completely believable. Lisa Gardner really shone here and her talents were literally just a joy to read in parts.

The pace was kept up through-out and towards the end the shocks just kept coming without becoming unbelievable.

A really good read, so glad I picked it up and you will be too!
Read more
4 people found this helpful
Report abuse
See all reviews